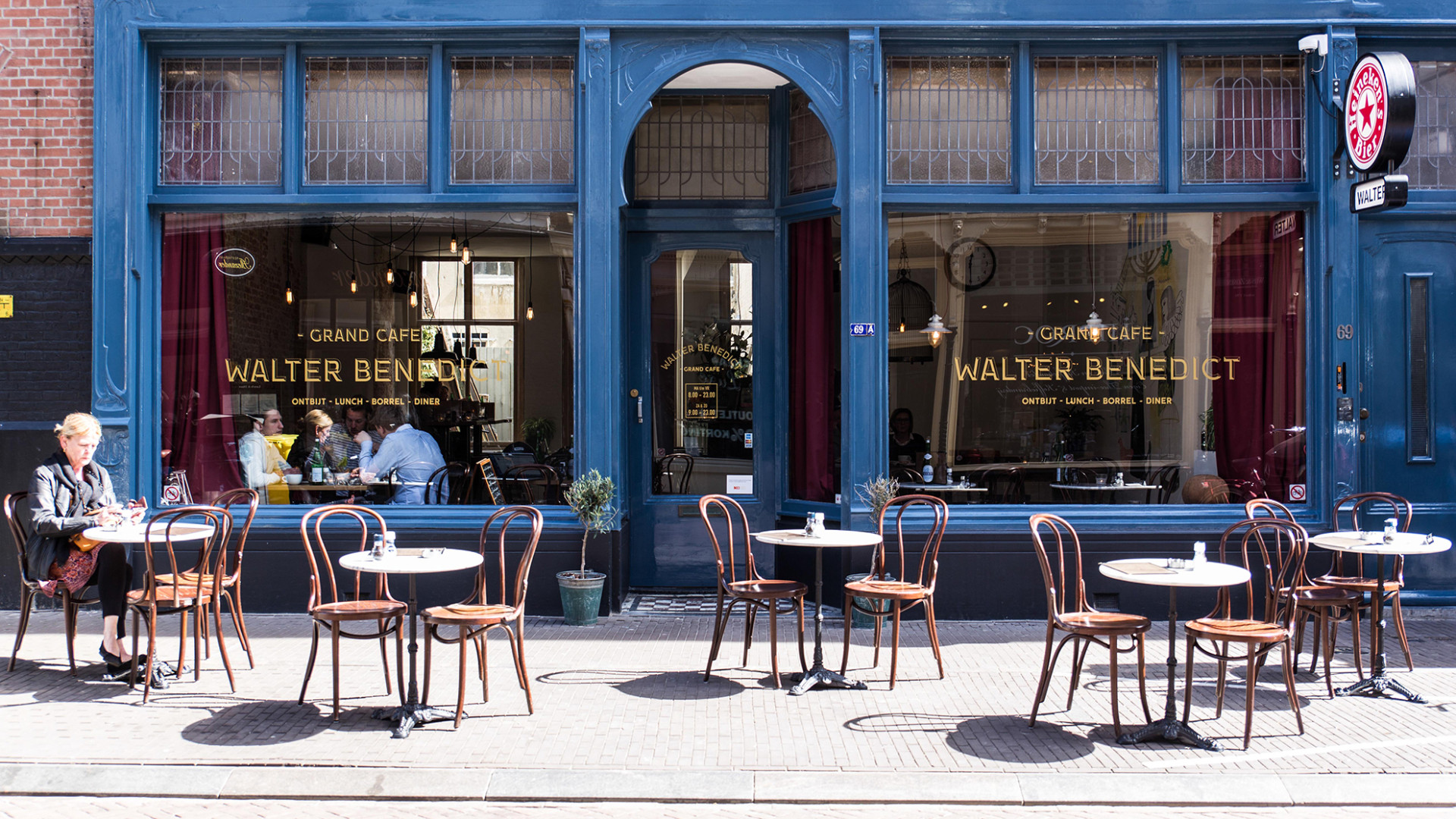 Walter Benedict is a lovely grand cafe in The Hague, and is located in the heart of the city center. For this project, we provided lighting fixtures, the interior design has been created by Studio Noun.

These Mussel lights are equipped with an original white enameled shade, and have been featured with a burgundy-colored textile cable, to give them that extra playful ‘touch’.

The Skinny Black Rhino fixtures are originally designed to be mounted to wall or ceiling. We offer a pendant version of this lamp, called the White Rhino. The designer, however, loved the playful mounting legs instead.