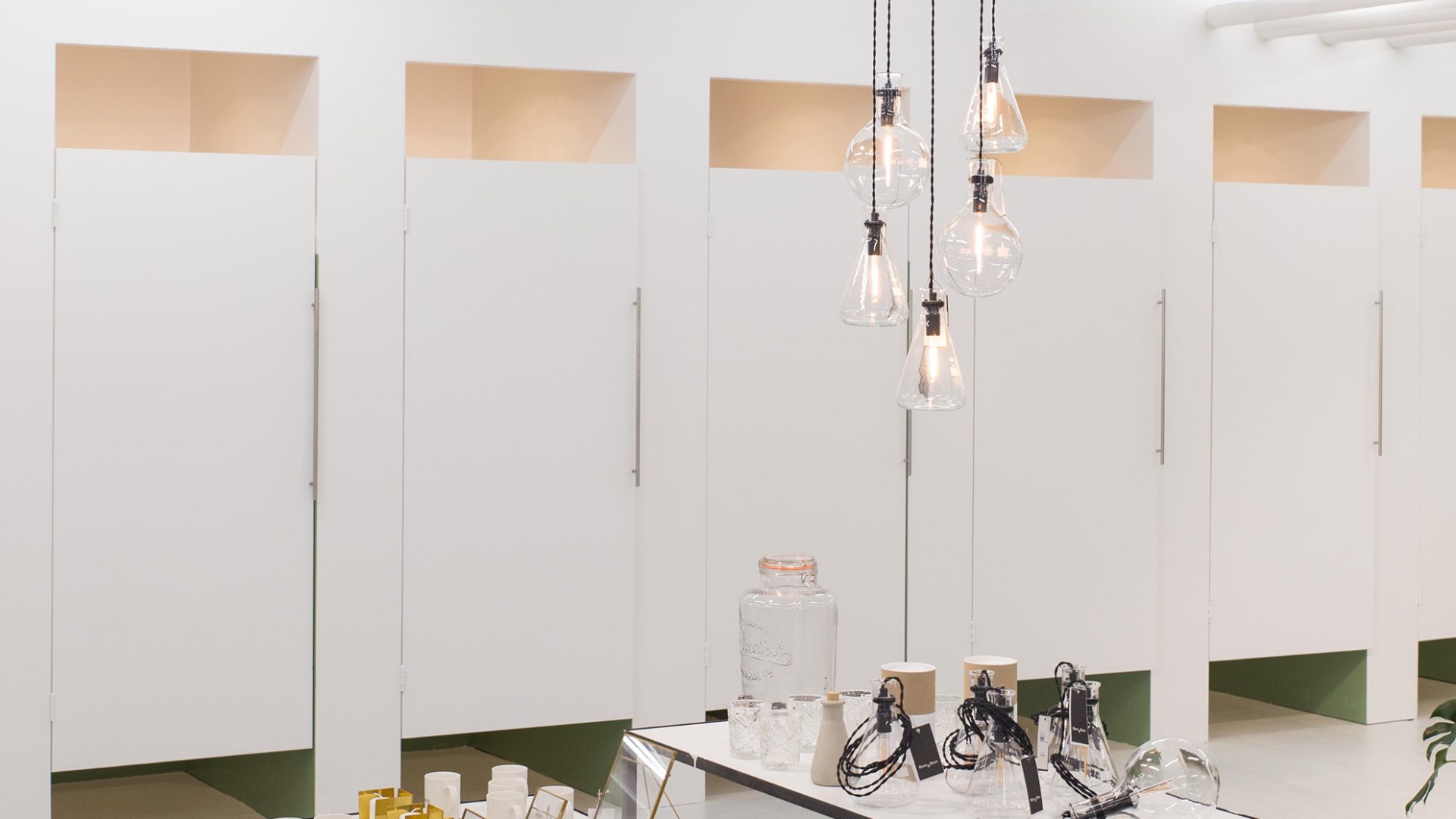 The Hutspot chain keeps expanding. After their two stores in Amsterdam, and another in Utrecht, Hutspot now opened their shop in Rotterdam. As official lighting partner of Hutspot, we have also given this latest Hutspot venue the Blom & Blom touch. Hutspot Rotterdam sells many of our new designs, and features among others our soon-to-be-released Spider Light.

Hutspot Rotterdam features one of the prototypes for the soon-to-be-released Spider Light. The fixture consist of three arms each holding a large glass dome lamp, created from repurposed laboratory glassware.

By combining Moon Jellyfish and Crown Jellyfish lamps, a small lighting installations can be created. At Hutspot Rotterdam, we applied five piece at various heights, creating a playful, yet elegant composition.