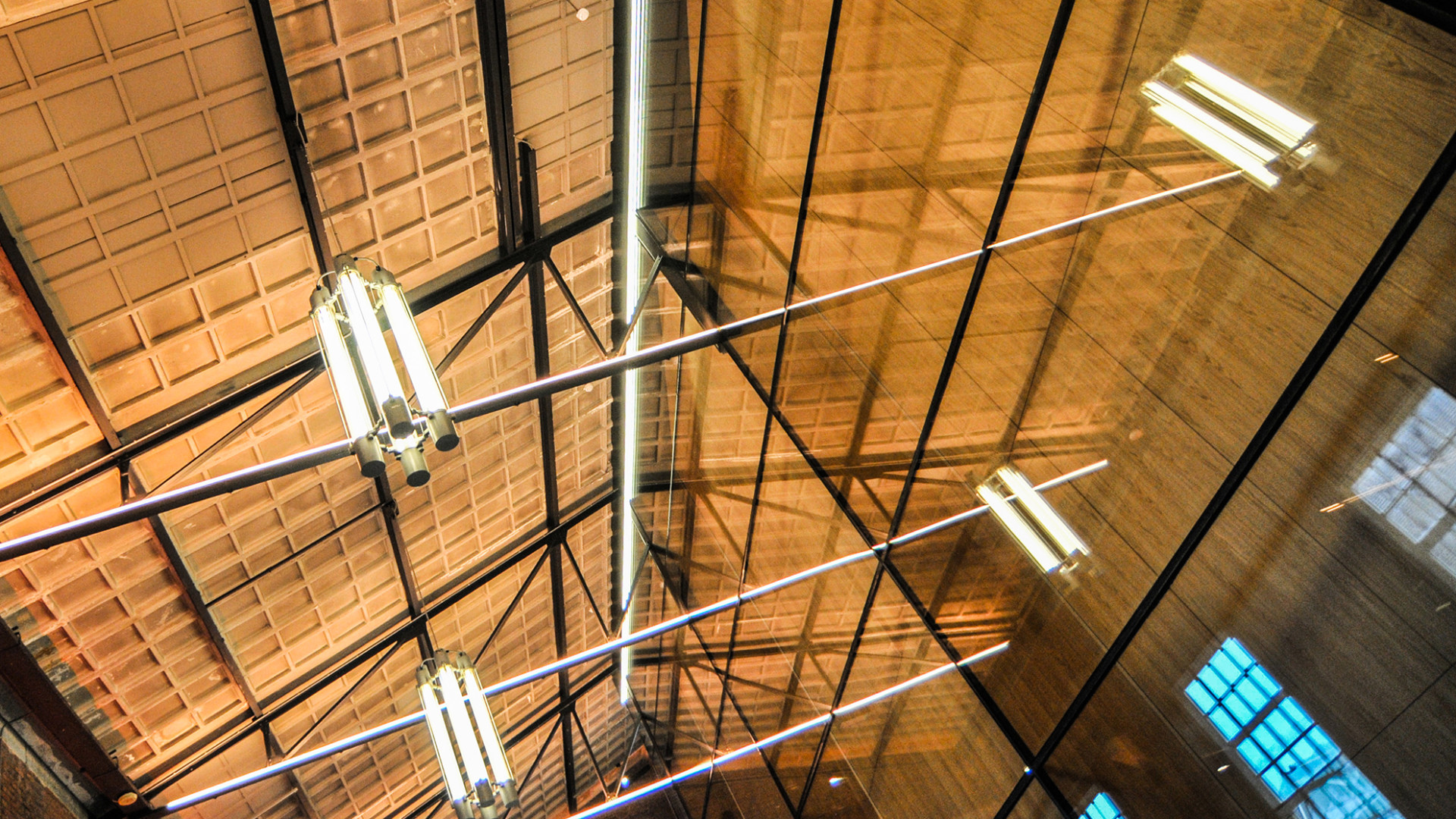 For the new theater on the former marine base in Den Helder, architectural office Van Dongen-Koschuch asked us to think along on an ‘eye-catching’ light, made from our original industrial fixtures. Together we developed the idea to create a chandelier from four of our Skinny Black Rhino lights. The result is a composition of six impressive illuminative objects, that float in the 20-meter high foyers.

The ‘Rhino Chandeliers’ are visually multiplied by the mirroring background.

The chandeliers are featured with dimmable fluorescent tubes, that can dim the light down to 3%, and create a warm atmosphere.

The building has been reconstructed so, that the inner walls of the theater hall can be opened to the transparent foyers, and spectators can look outside from their theater chairs.