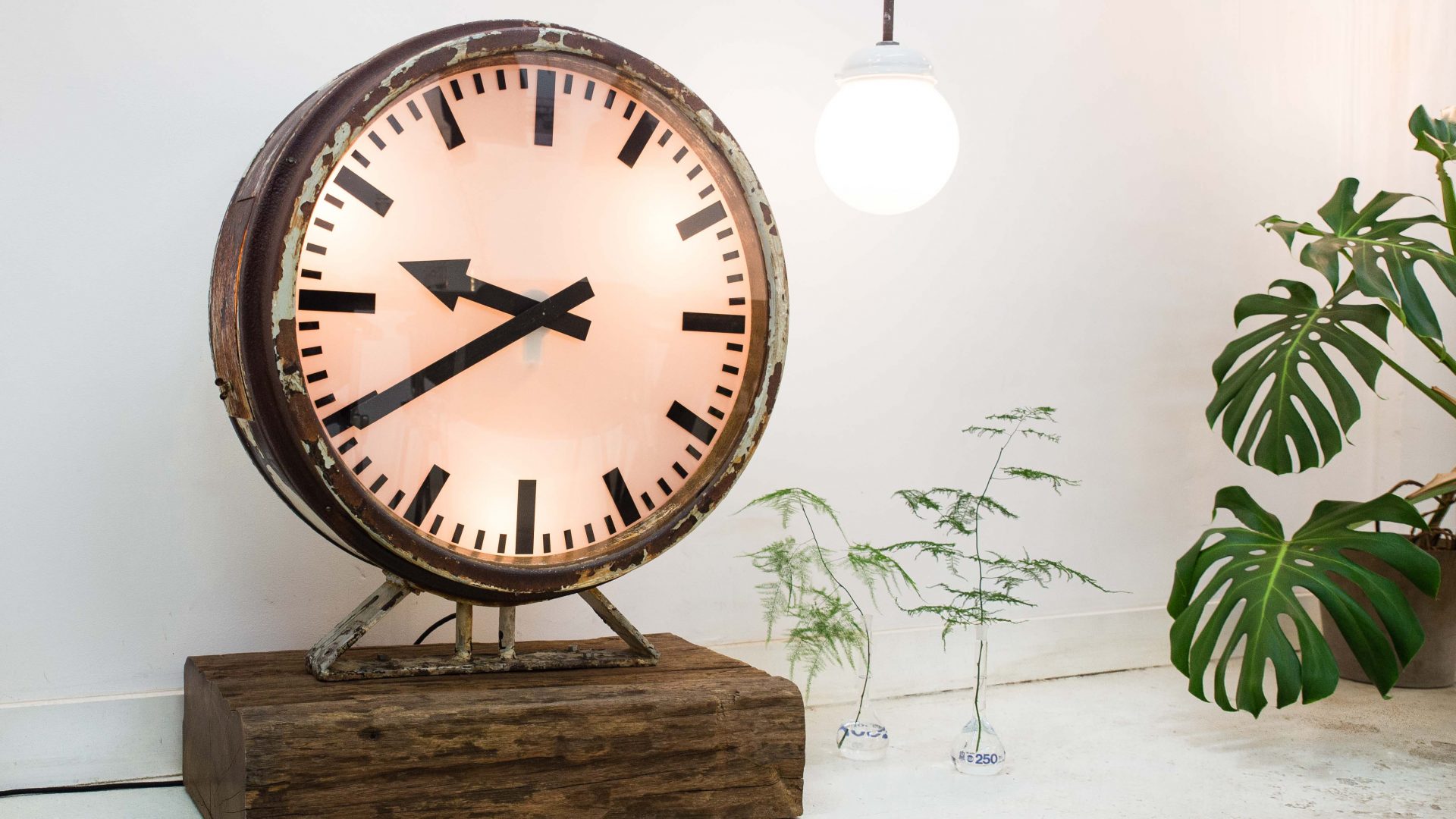 This Cuckoo originally found on the wall in the large production hall of a spinning mill in East Germany. The giant clock features its original clock hands, and the steel frame which shows beautiful corrosion marks giving it a unique appearance. We featured the clock with a new milky glass clock-face and three dimmable halogen bulbs which give a warm glow to the clock-face.

The clock has been placed on a piece of Basralocus wood, weighting almost 35 kilograms. This socket used to be a docking piling at one of the many water locks of Amsterdam. The fact that this extraordinary piece of wood has been in the water for 40 years is clearly reflected in its beautiful erosion markings.

The Basralocus Cuckoo includes three halogen E27 bulb 42 watt, 1,5 meter of black neopreen cable and a passport or historical sign describing the history and origin of the lamp.

The clock has been reworked with an entire new clockwork mechanism and has been completely rewired to current standards, and is assembled and tested to EN 60598 directive of European Harmonized Legislation. US & Canada wiring available on request.

Dimensions of this floor fixture are 102 x 39 x 75 cm (L x W x H) and the weight is 50 Kg. Price is on request. If you would like more information please contact us via hello@blomandblom.com. 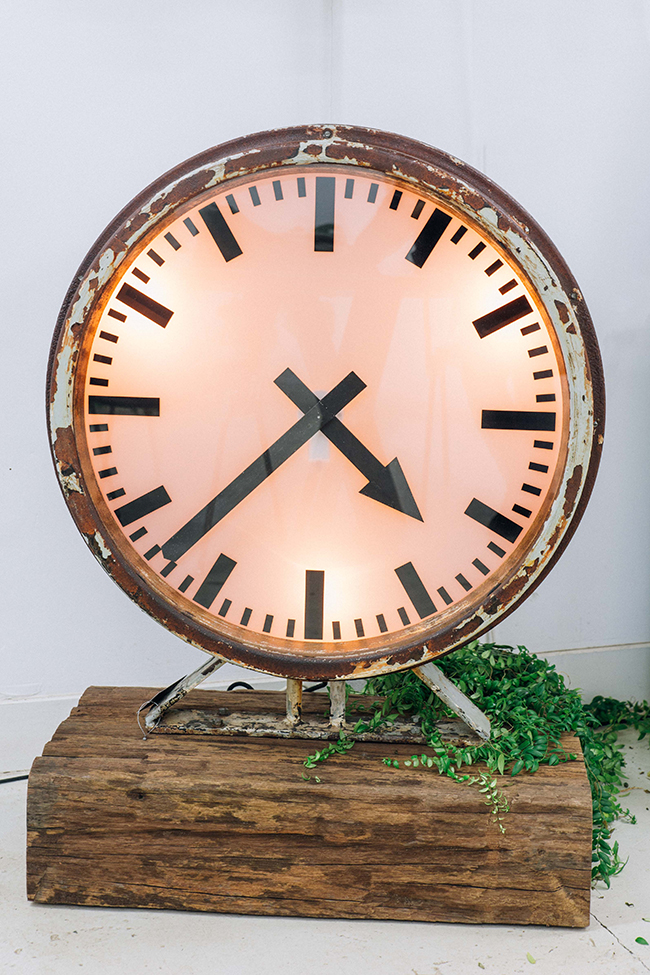 The Basralocus Cuckoo in the Blom & Blom showroom in Amsterdam Noord. 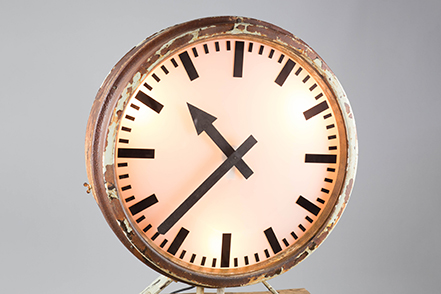 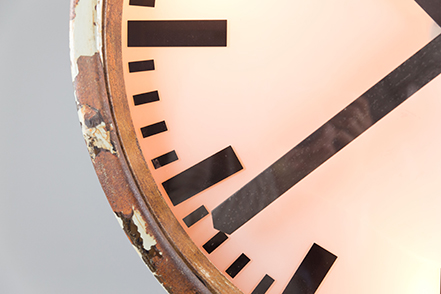 The Basralocus Cuckoo features a new milky glass clock-face and three dimmable halogen bulbs which give a warm glow to the clock-face. The clockhands of this Cuckoo are still the original ones. 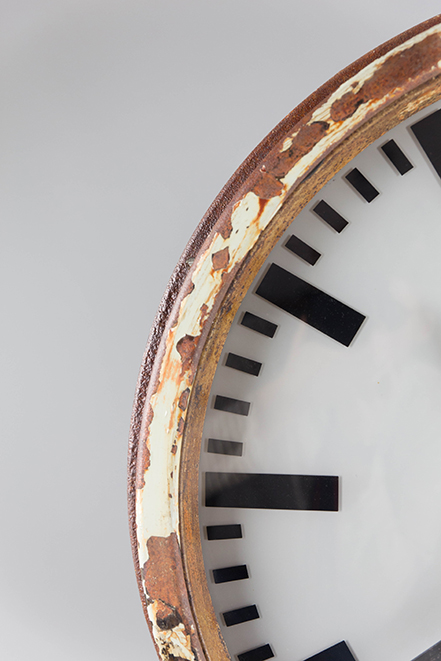 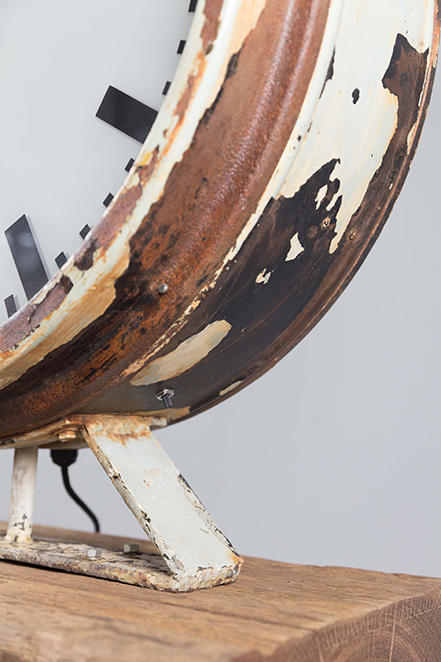 The steelframe shows beautiful corrosion marks. The right photo also shows a small black pin, with which you can dim the three halogen bulbs. 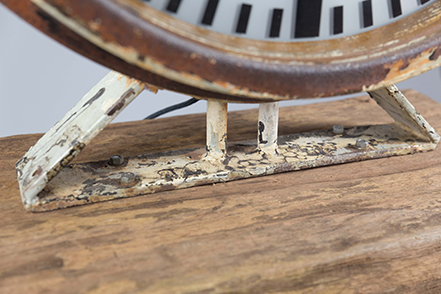 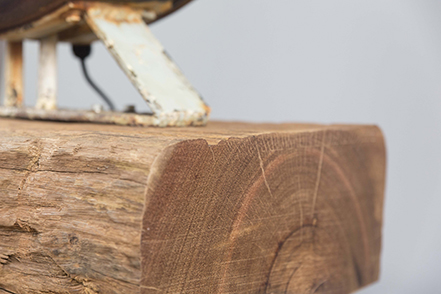 The clock has been placed on a piece of Basralocus wood, weighting almost 35 kilograms. The side parts of this wood has been sanded exposing the beautiful inner structure of the original tree’s growth rings and it presents the striking contrast between its polished top and its rough darker sides. 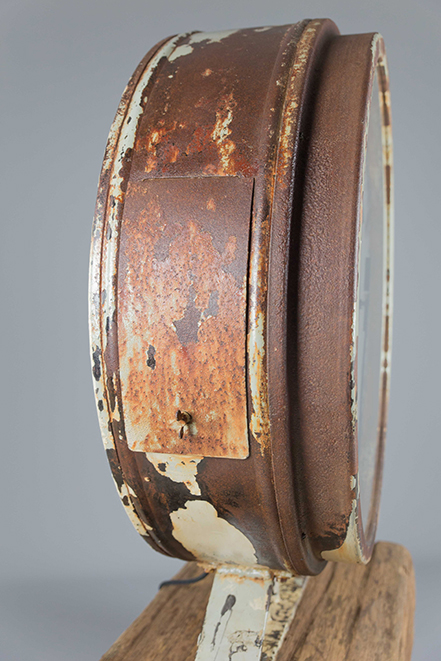 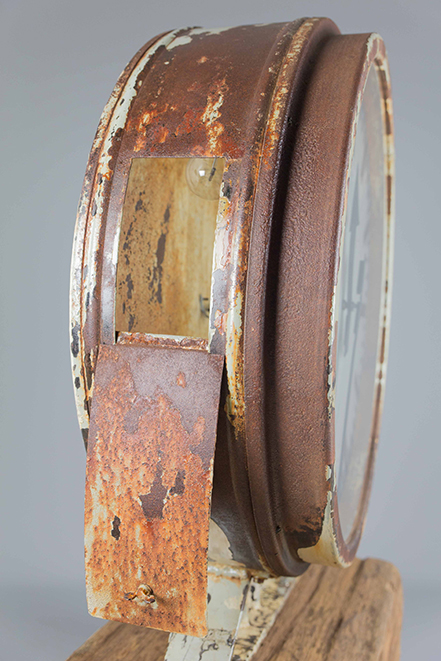 There is a small cover on the side of the clock, via this cover the three bulbs inside the clock can be replaced. 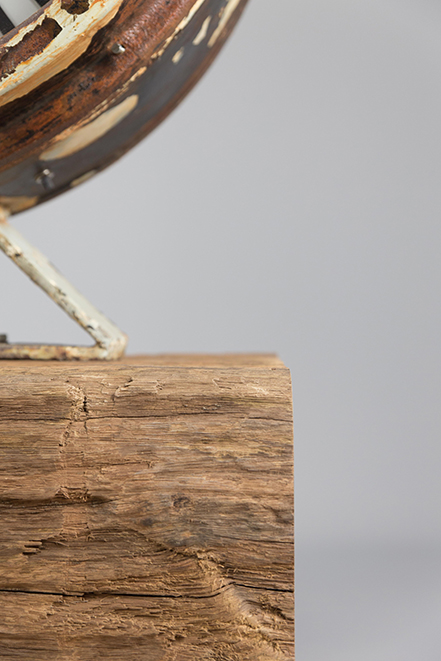 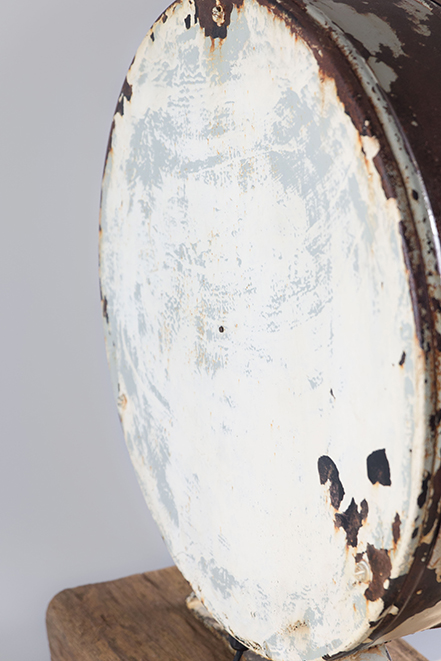 The photo below shows how the Basralocus Cuckoo was found on the wall in the abandoned factory. 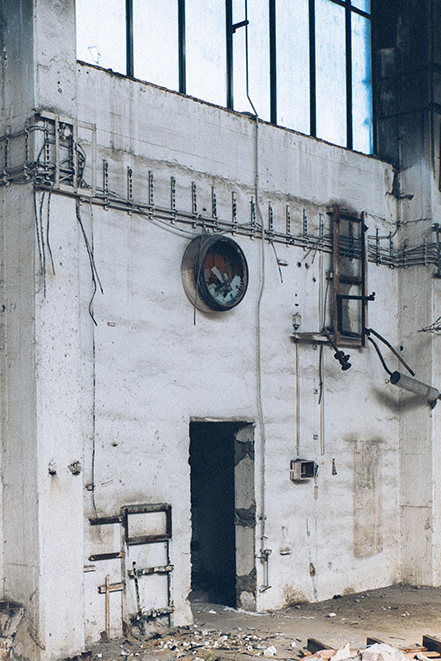