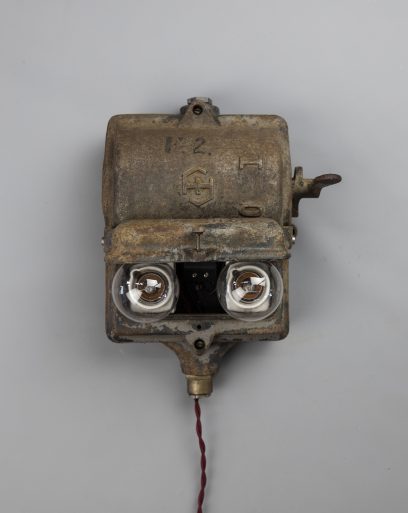 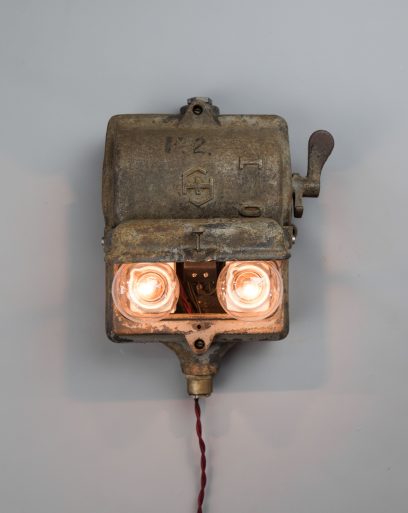 Heavyweight wall light made from cast-iron

The Square Snail is created from an electrical component and used to function as a switch fuse. It consists entirely of a cast-iron body with a switch on the side by which the light can be turned on and off. This warm decorative light exemplifies the elegancy of the heavy industrial object.

This wall lamp was found at a large factory complex in the northern periphery of Amsterdam. It was already vacant for a while and on the verge of being demolished. The factory produced industrial gases, and was located in the heart of what used to be one of the largest industrial areas of Amsterdam. 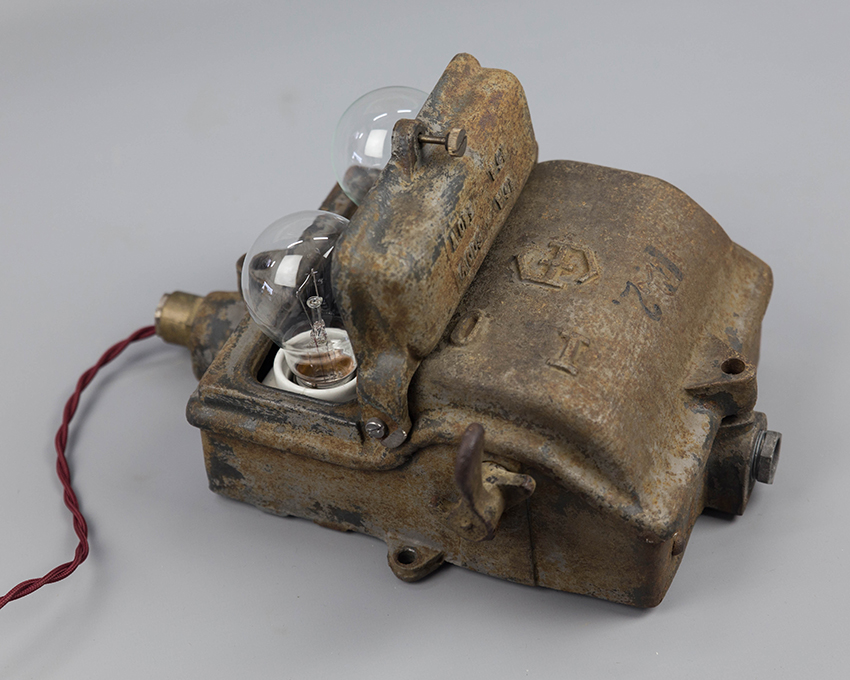 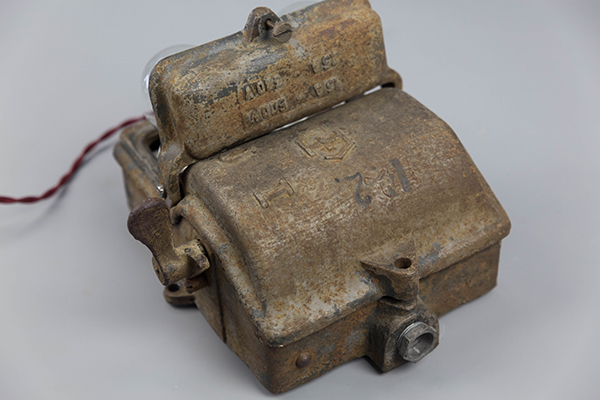 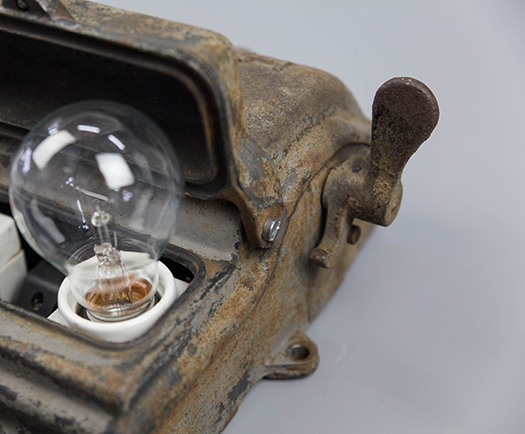 Close up of the small lever 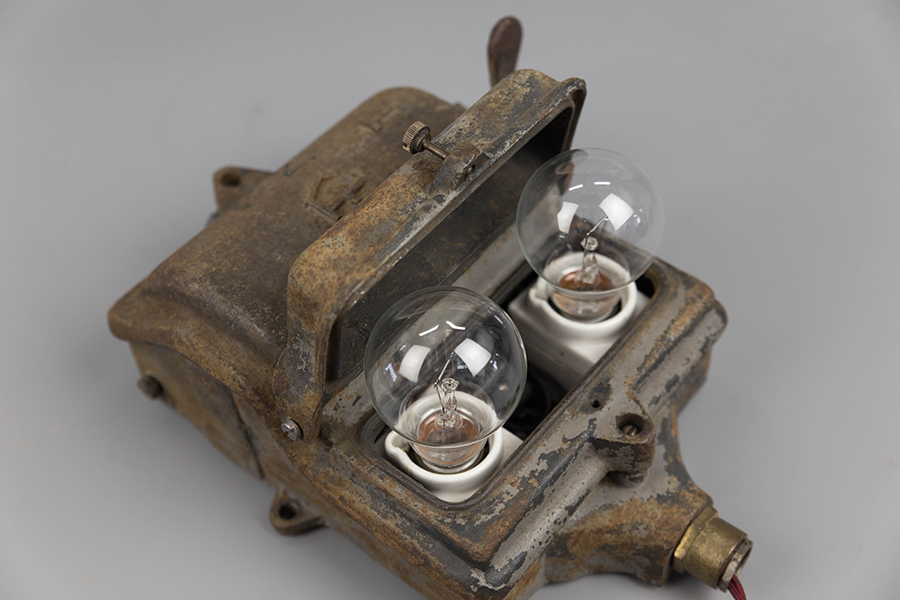 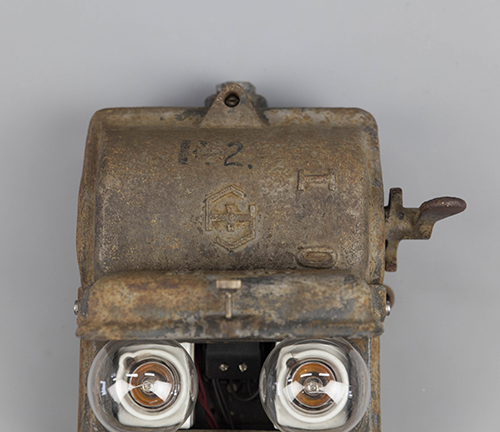 Front view of the Square Snail 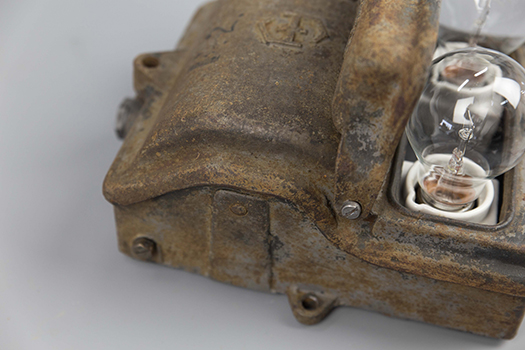 Detail of the cast-iron side 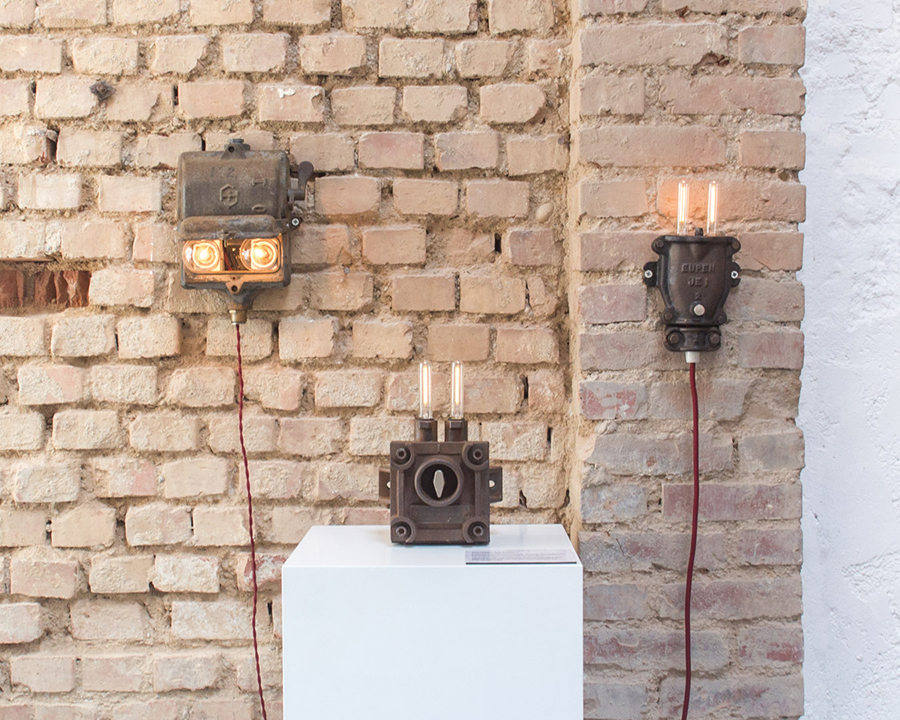 The Snail family together