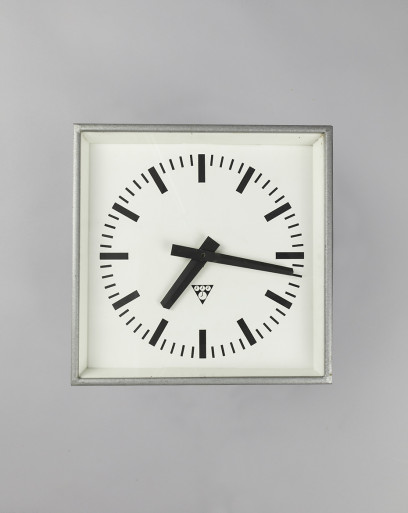 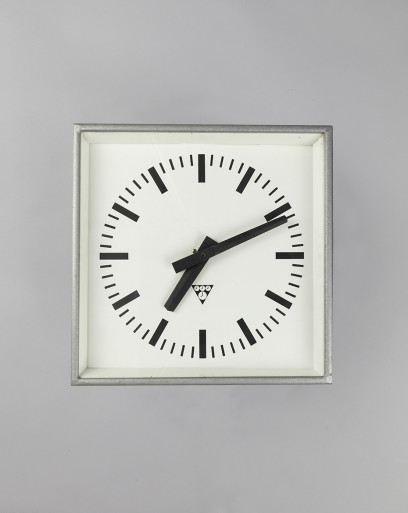 This Square Cuckoo was manufactured by a Czech company named Pragotron, who produced the clocks and flip-dislplays for the train stations in Eastern Europe. During the DDR-era this model was not only seen in many public spaces, but is also known to be found in governmental buildings. The clock consists of a square steel plated casing with a distinctive grey tone, and a white face featuring the Pragotron logo.

Together with many other clocks, the Sqaure Cuckoo originates from a former spinning mill in eastern Germany. In this enormous complex of production spaces, hallways, and offices, more than twenty five clocks were recovered. The textile factory had been operational for over 80 years under many different names. Eventually it had to close its doors due to the fall of the Berlin wall in 1989, and has been left deserted ever since. 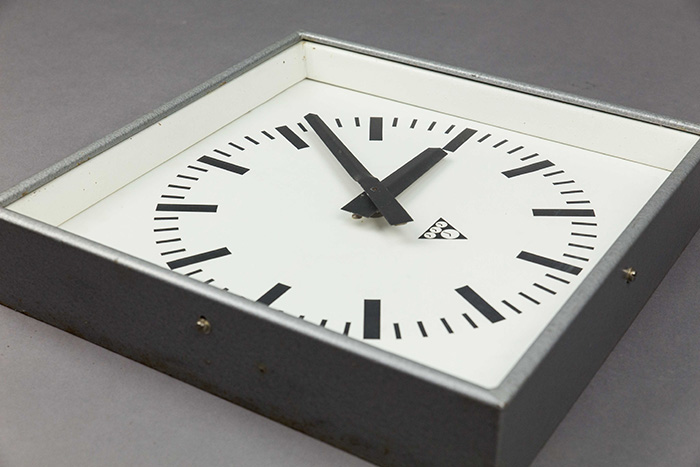 The casing of the clock has a hammertone finish 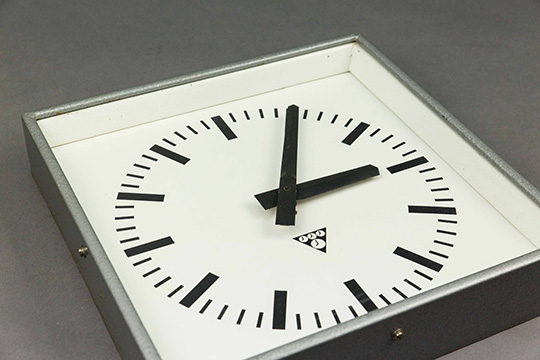 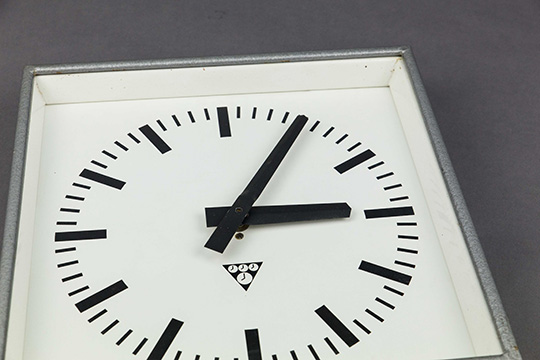 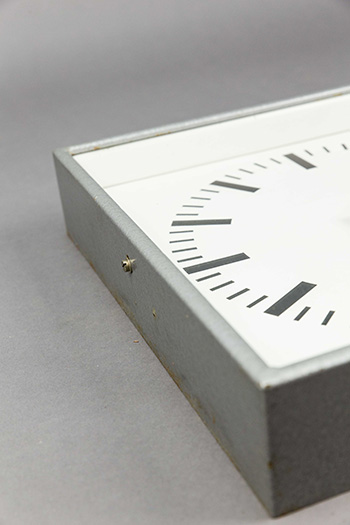 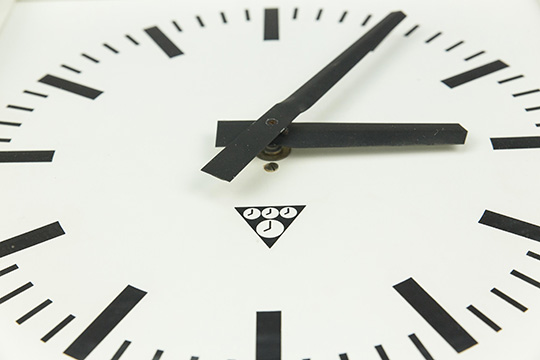 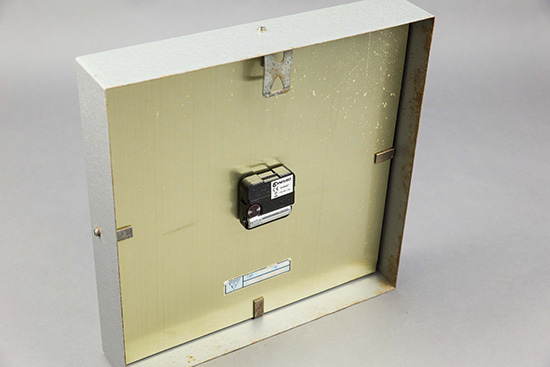 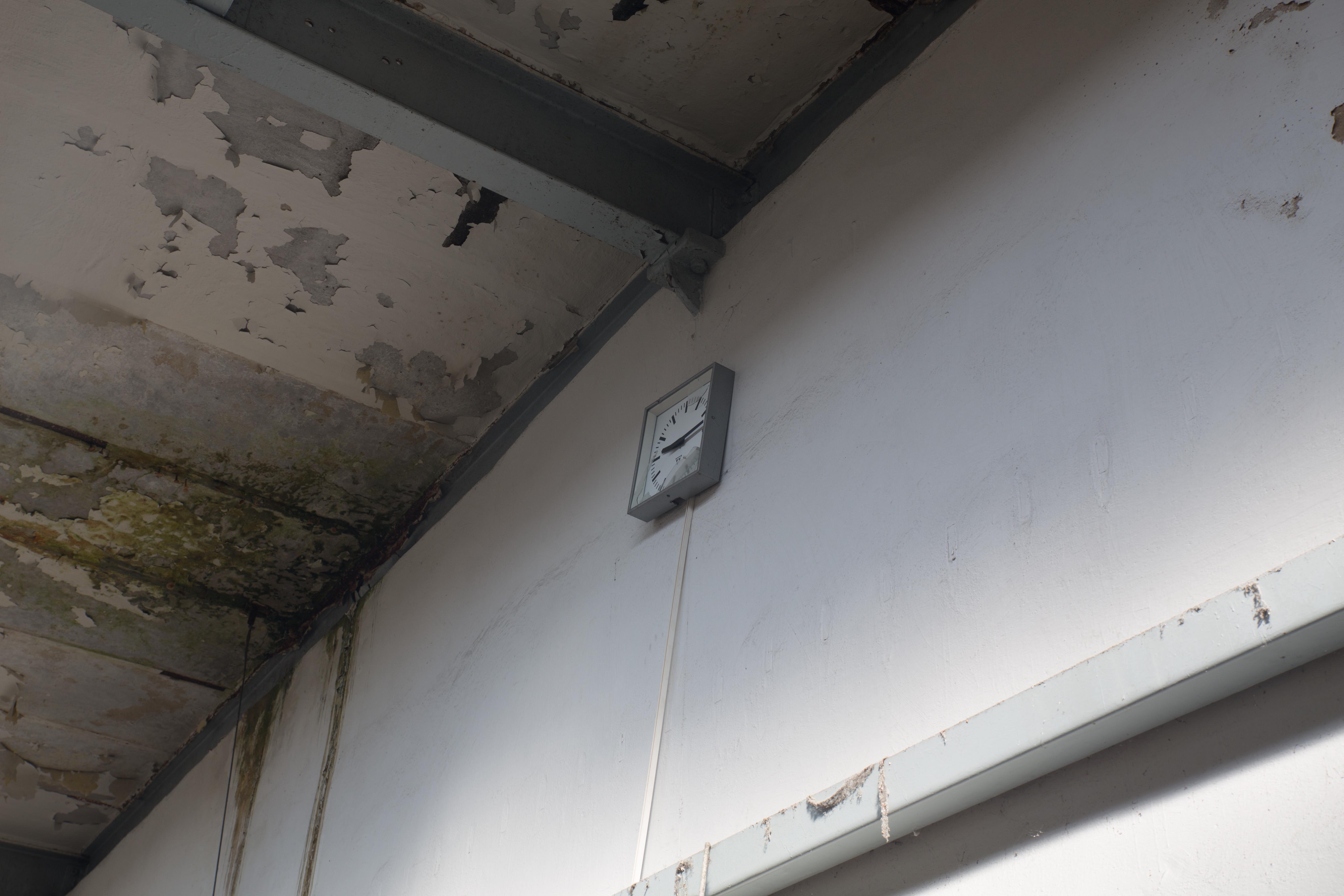