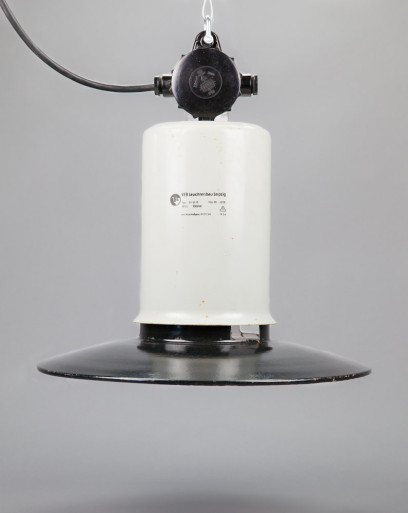 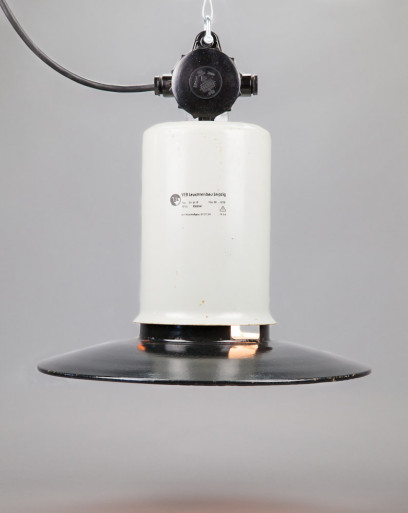 This pendant light fixture was produced by the East German lighting manufacturer Leuchtenbau Leipzig (LBL) around the 1970s. It consist of parts that we also recognise from other LBL fixtures. It features a painted steel-plated cylinder with a bakelite connection as we know it of ourDromedary fixture, and its enamel shade is comparable with the LBL fixtures Blackbird and Black Swan.

These lamps was salvaged from an abandoned fertiliser manufacturer in East Germany, which was build by the Nazi’s during WWII, and taken over by the soviet military administration during the DDR-era. The Seals were mounted to the columns and illuminated one of the warehouses.

The Seal comes with a 42 watt E27 halogen bulb, 1,5 meter matt black cable, and its passport describing the history and origin of the lamp. 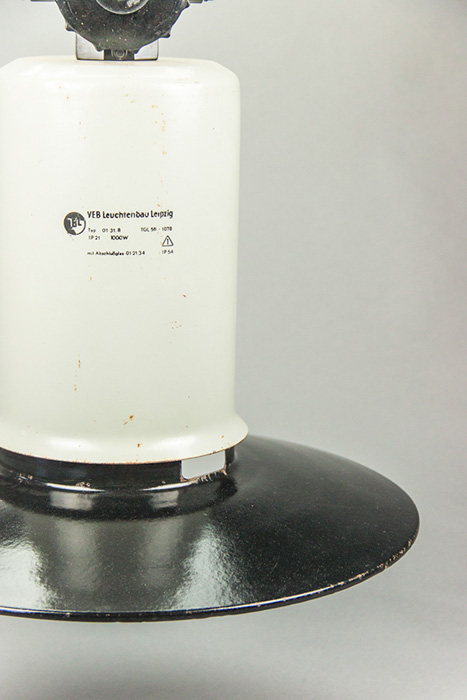 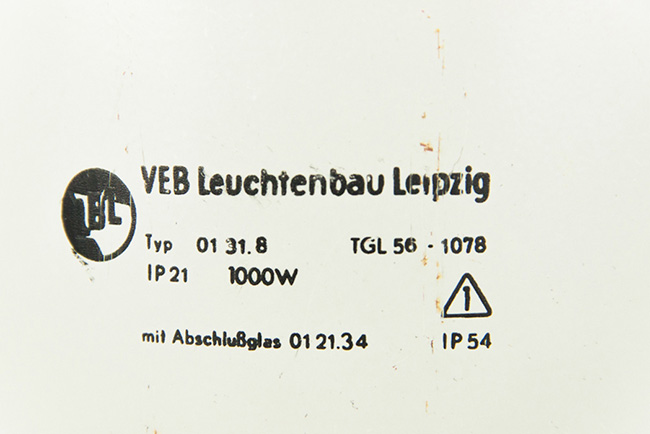 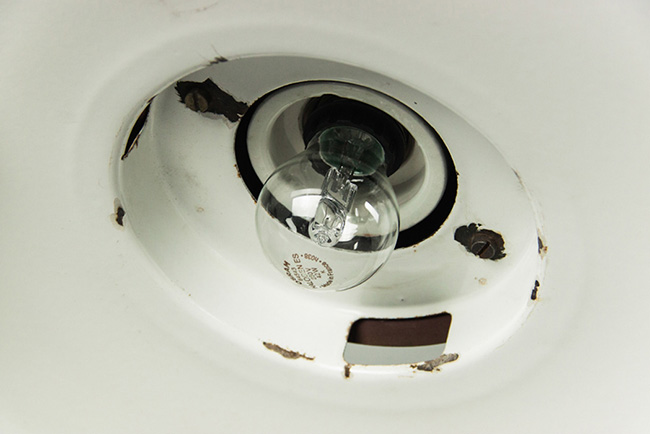 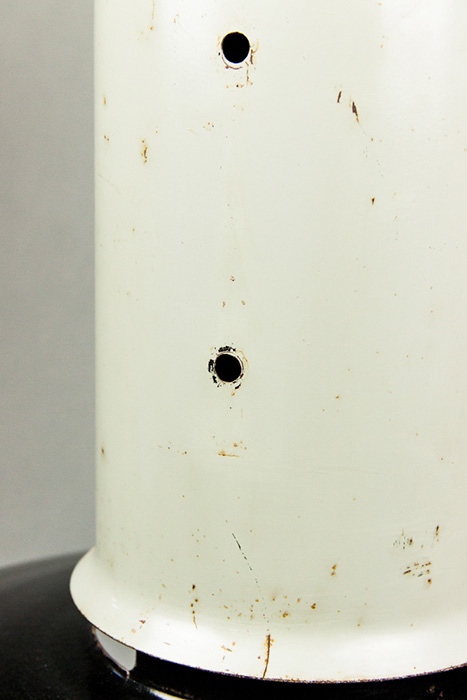 Small holes on the back evidencing its original way of installation 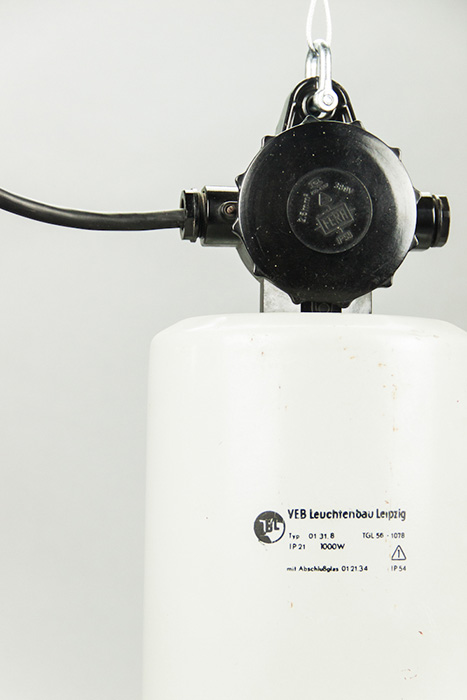 The Seal could originally feature a 1000 watt bulb 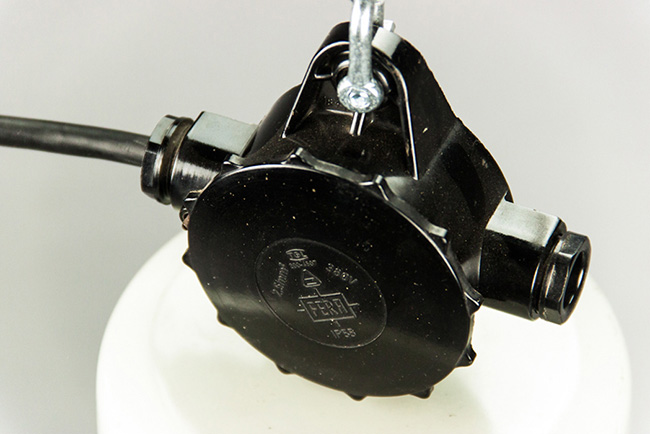 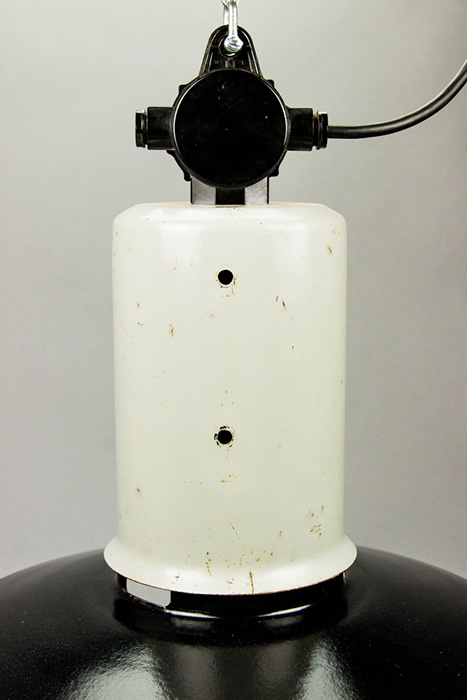 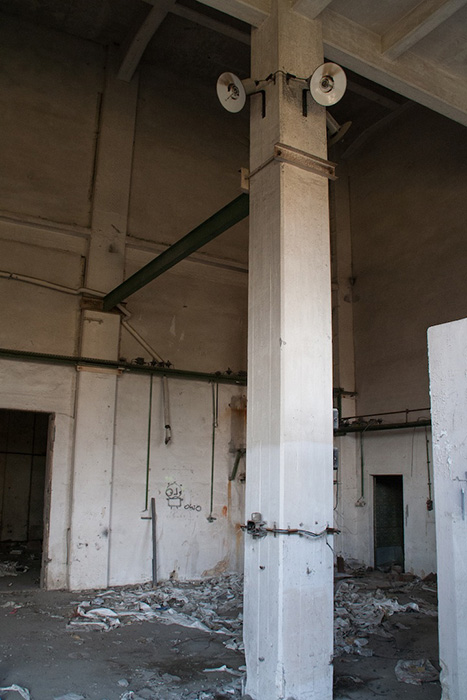