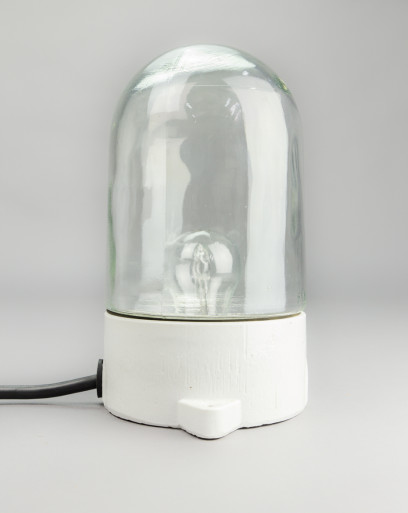 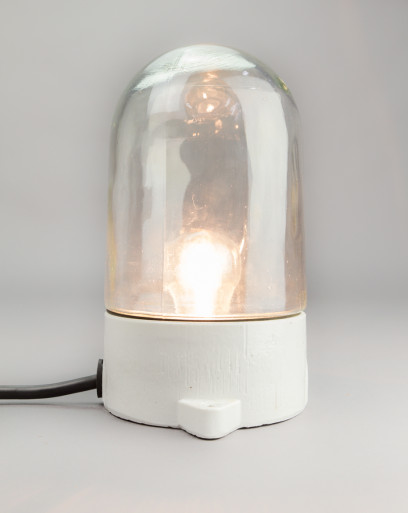 Porcelain and glass lamp with straight base

Like the ‘Thorny Oyster’ and the ‘Pearl Oyster’, the Saddle Oyster is considered a real classic. Its pure and timeless design, that has been in production since the 1920s, was strongly influenced by the Bauhaus-movement. It consists of a porcelain base that is distinctive for its two hubs on each side, and a hand-blown glass dome. These kind of fixtures were produced by various East German manufacturers, and were often used in the basements or military barracks.

The Saddle Oyster was salvaged from the premises of a former state-owned manufacturing company. After the reunification in the early nineties many former state-owned companies were sold by the government. As its new owner only used a fragment of the extensive premises, the majority of the buildings have remained deserted for more than two decades, leaving the dust-ridden interior untouched. 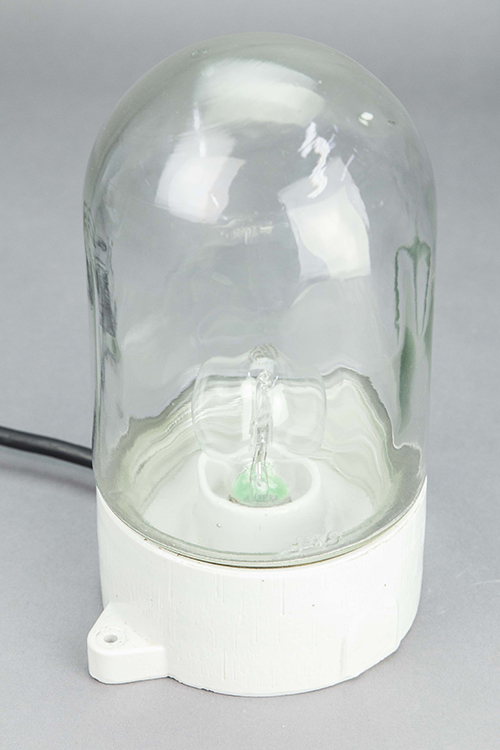 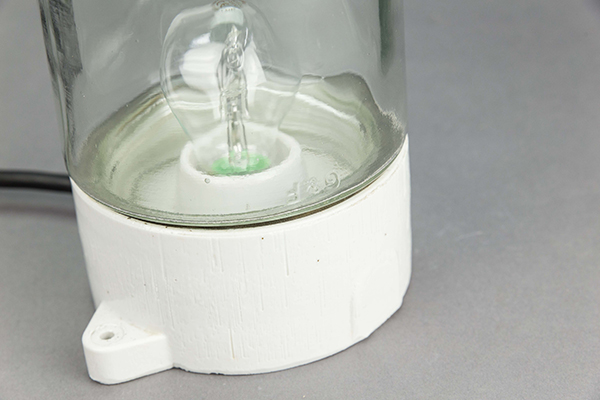 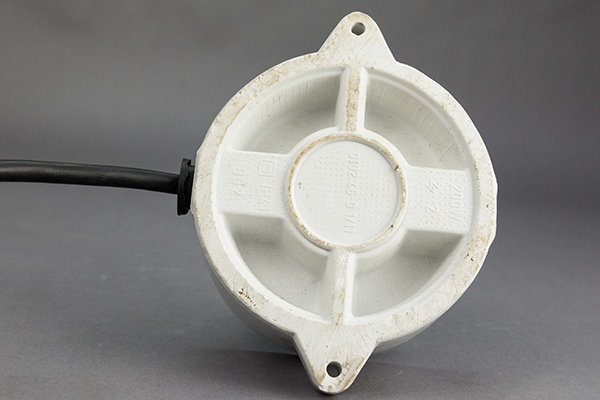 Backside of the Saddle Oyster 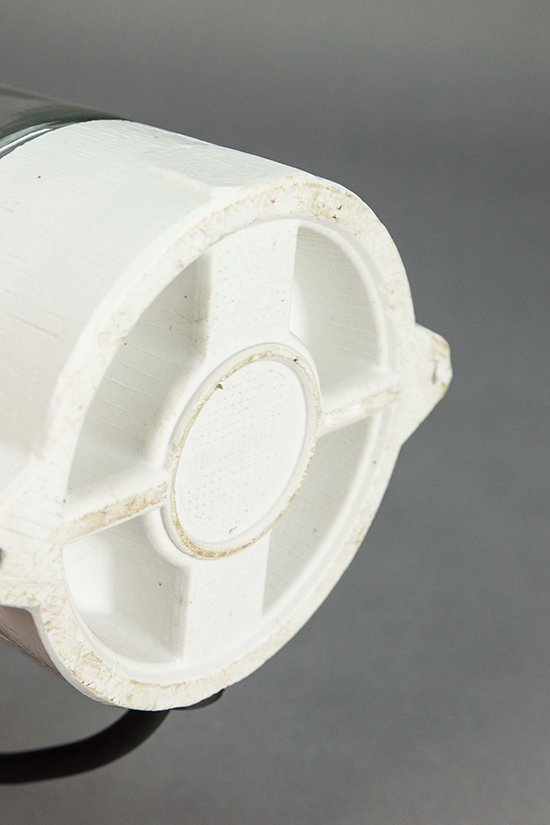 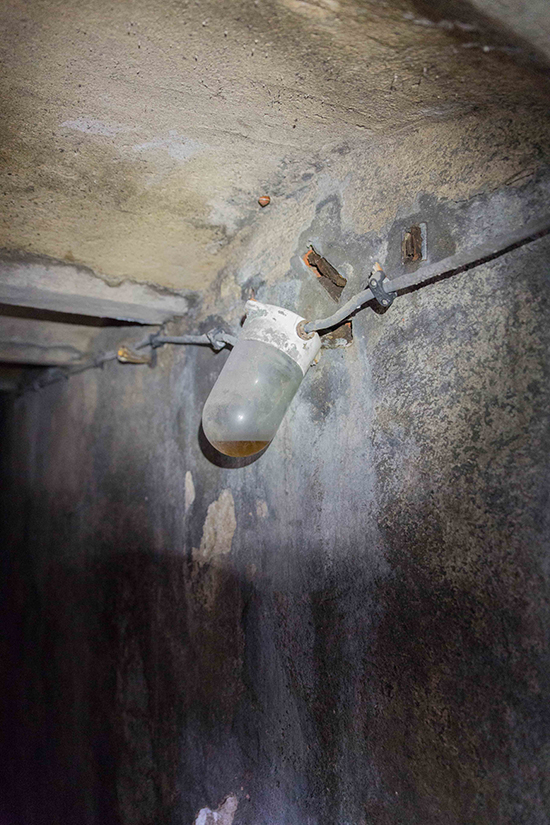 The Saddle Oyster as it was found 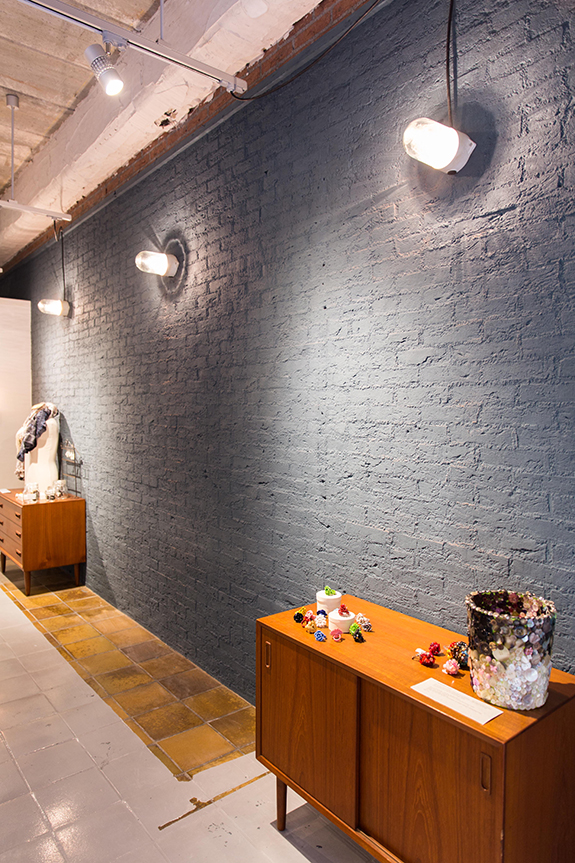 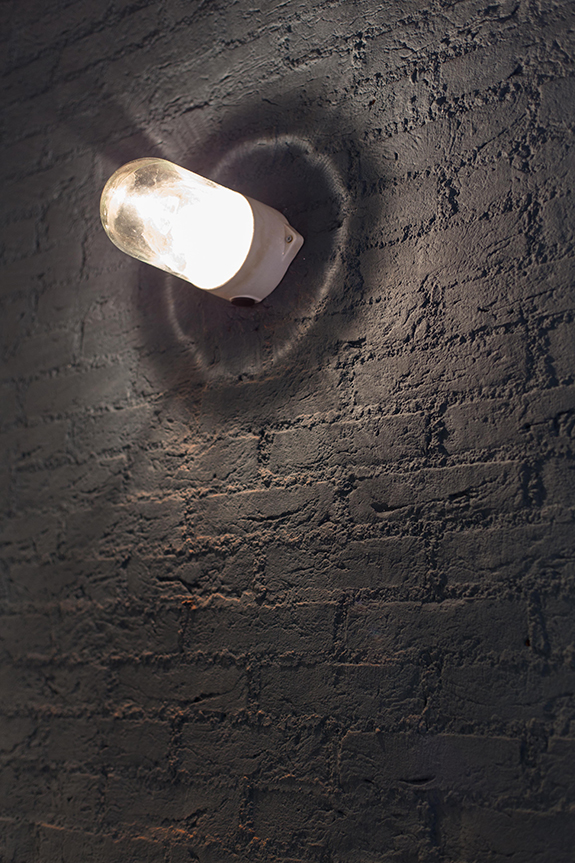