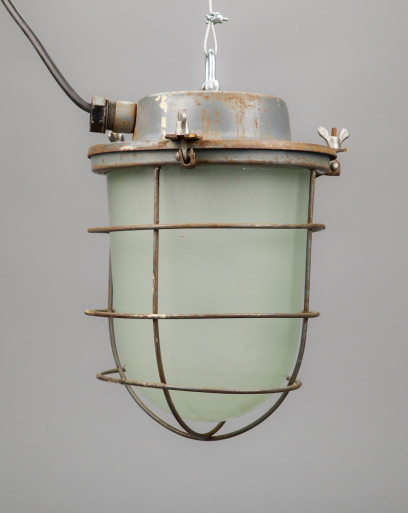 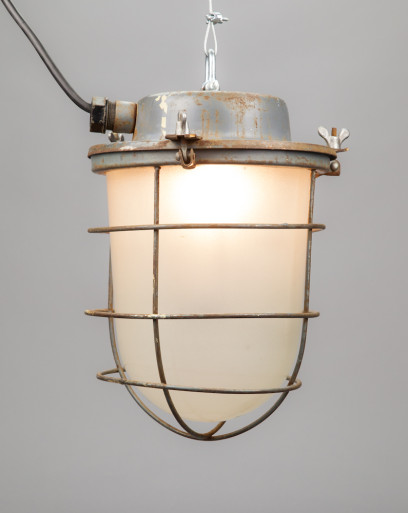 Like the Jesus Christ Lizard and Filled Lizard, this fixture was probably manufactured in the Soviet Union. Its special translucent glass dome and its rough metal surface give it a raw, yet pure look. Since the lamp is constructed of painted plate-aluminium, instead of the more common cast aluminium, its humid place of origin left the special corrosion marks on the body. We love it.

These fixtures originate from a small military complex north of the German capital Berlin. They were mounted to the ceiling of an underground tunnel complex, that was most likely used for the storage of weapons and ammunition.

The Russian Glass Lizard comes with a 42 watt E27 halogen bulb, 1,5 meter of matt black cable, and its passport describing the history and origin of the lamp. Upon request, the extension rod can be adjusted to a desired length. 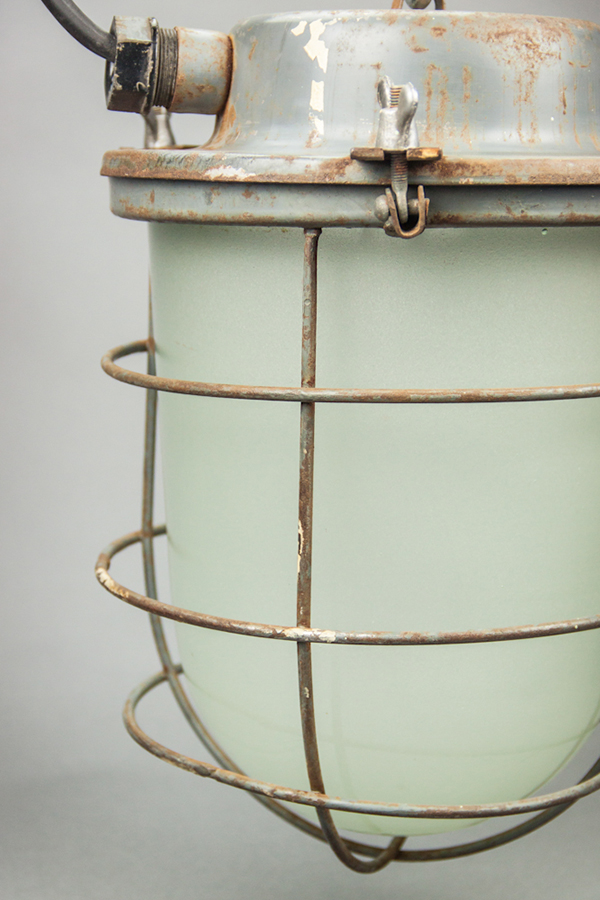 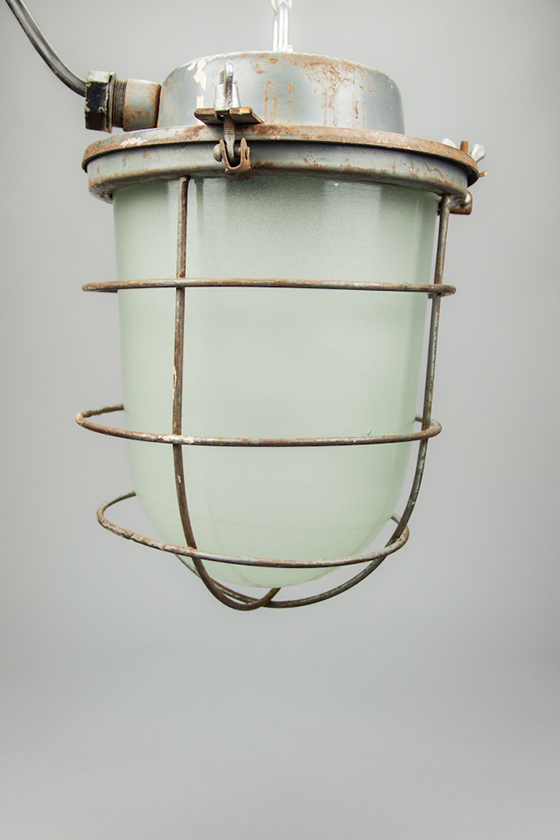 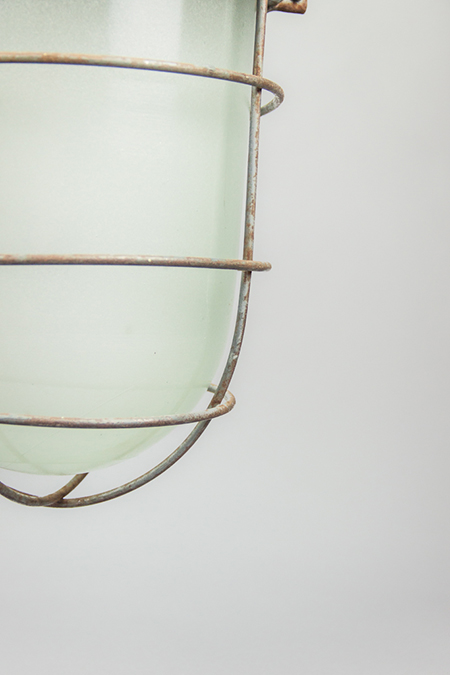 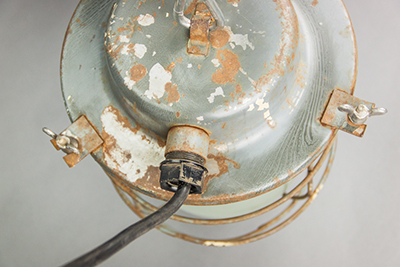 The body shows signs of its humid place of origin 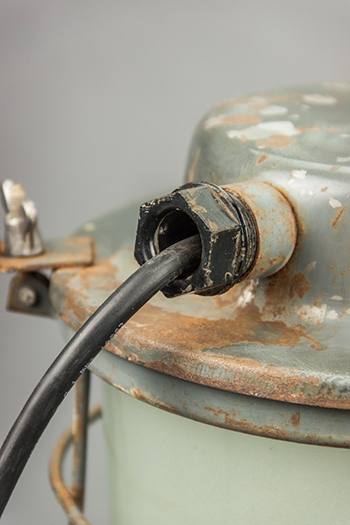 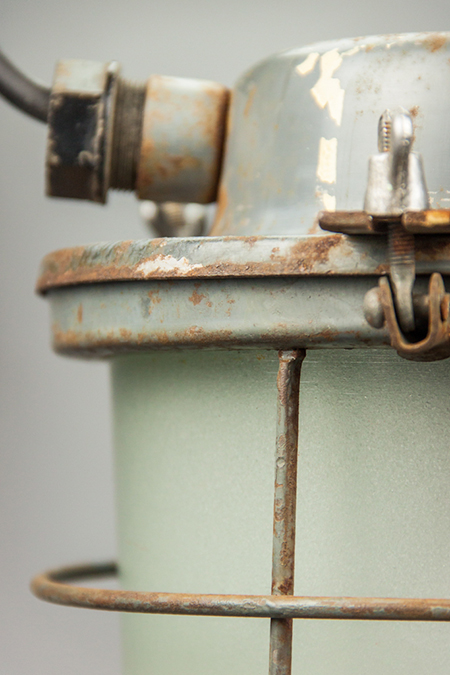 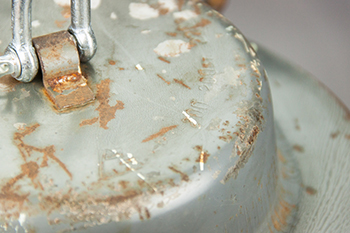 The Russian Glass Lizard can be mounted directly to the ceiling 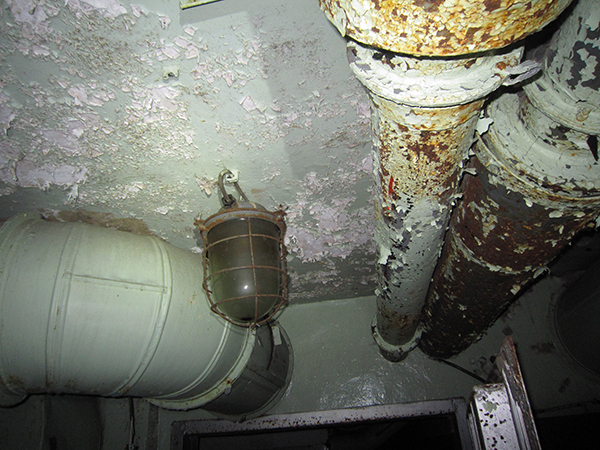 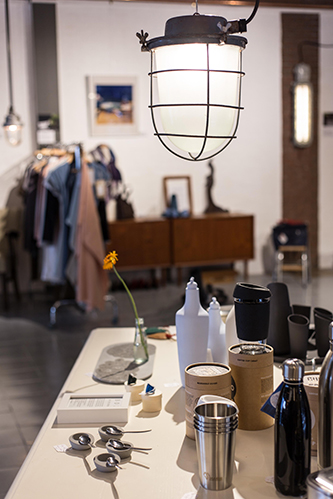 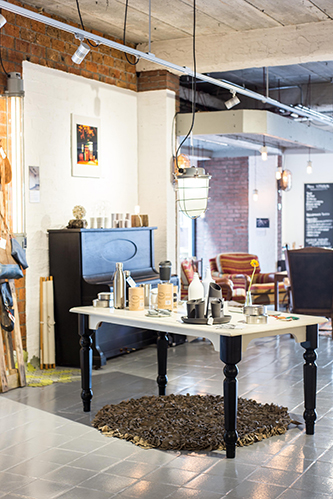