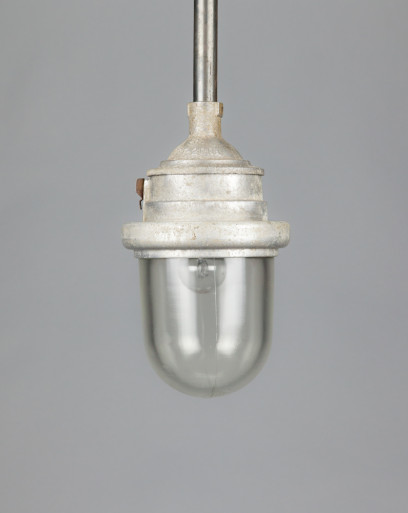 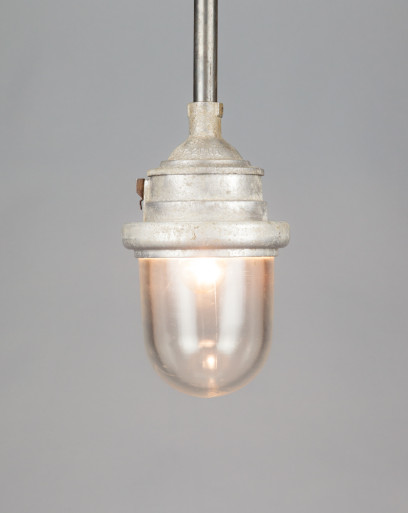 For a splash-proof fixture, this lamp has a ver pure and straightforward appearance. It consists of only two parts which are air-tight connected by three centimetre of screw-thread, and we featured it with a newly fabricated one metre long extension rod. The fixture was most likely produced in the former Soviet Union. Like many explosion-proof lights, the Russian Dragon was especially designed to be used in buildings with hazardous materials, such as bunkers or ammunition storages.

These fixtures were found at the premises of a small military complex north of the German capital Berlin. They illuminated one of the barracks that has partly been collapsed by the many years of natural decay.

Upon request, the extension rod can be adjusted to a desired length. 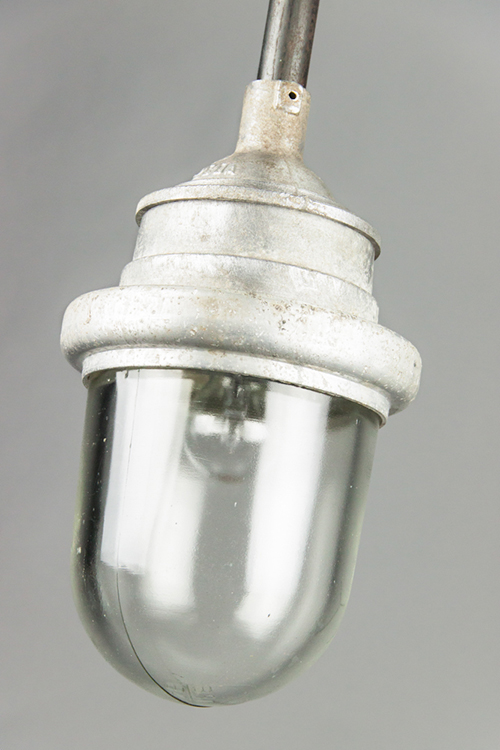 The glass dome is part of the cast aluminium casing 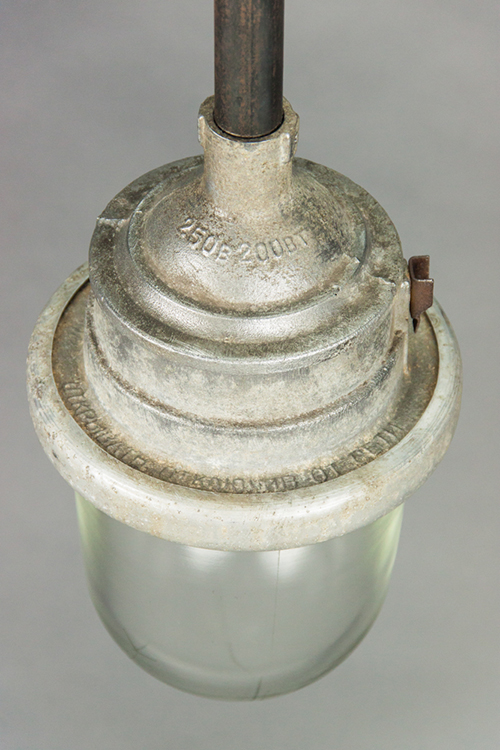 The newly fabricated extension rod is screwed-in the casing 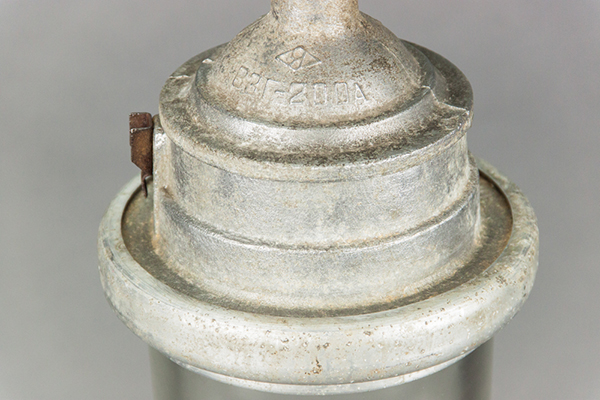 Soviet marking on the casing 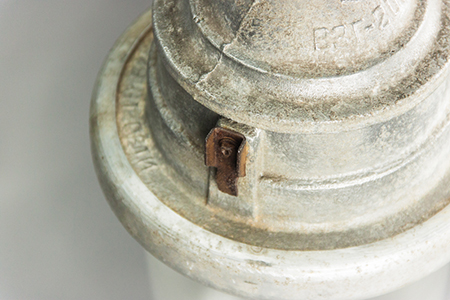 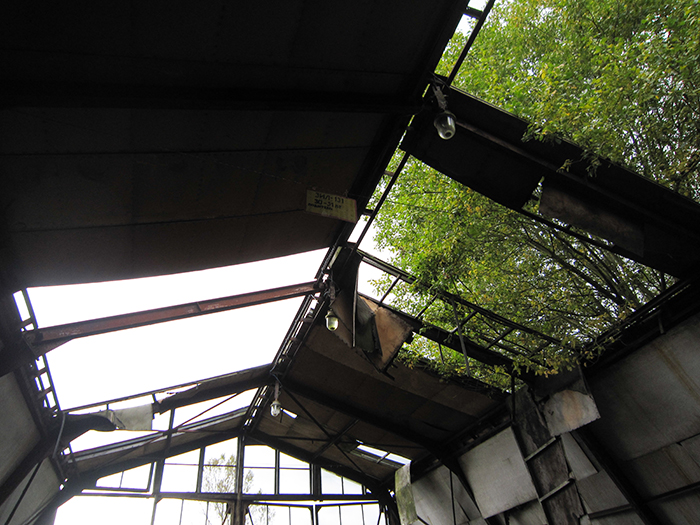 The Russian Dragons as they were found 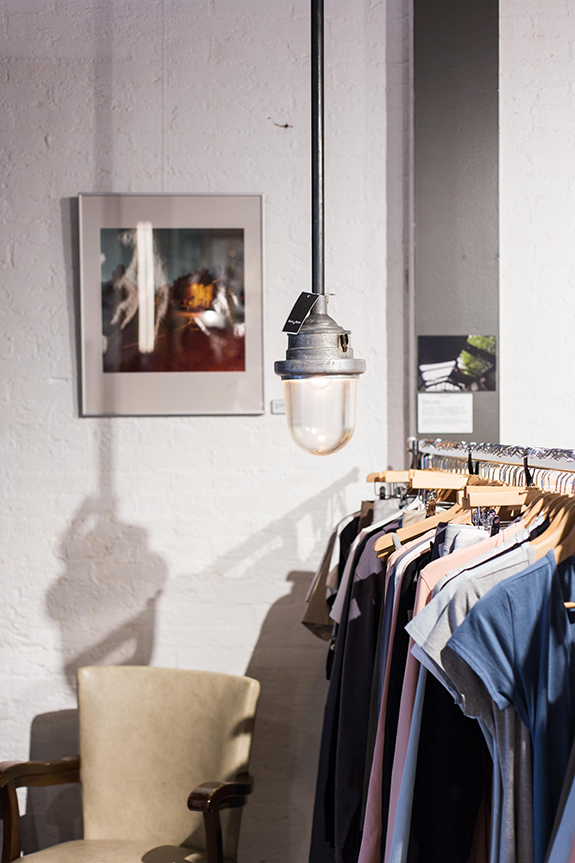 A Russian Dragon mounted on the ceiling in a concept store