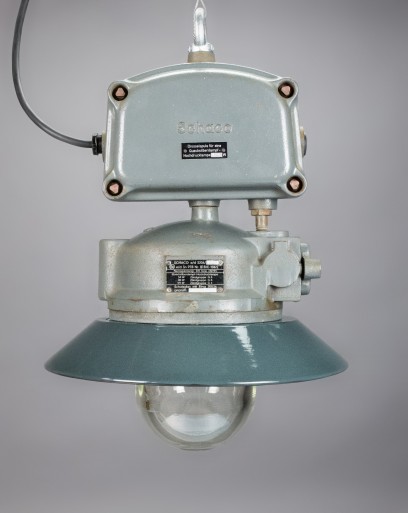 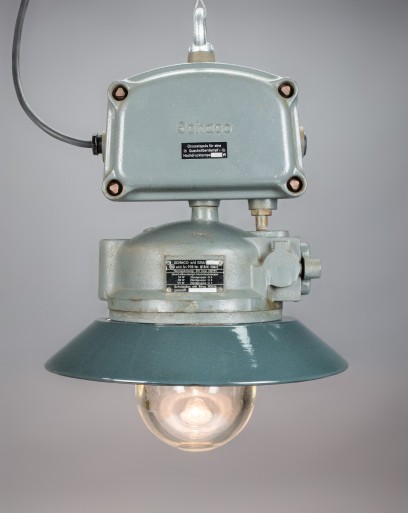 The ‘Spezialfabrik’ where the Pangolin was manufactured, was founded in 1899 by Gotthold Schanzenbach. During the transition from gas-powered to electrical illumination, this Frankfurt-based company played an important role in the development of streetlights. Schaco became specialized in explosion proof lights, which were mainly used across West Germany’s laboratories, factories and other spaces with high-risk materials.

This heavyweight pendant light (17 Kilograms!) was found on a large factorycomplex in the northern periphery of Amsterdam. The complex, where atmospheric gases were developed, was already vacant for a while and on the verge of being demolished. Several of these heavy industrial lights were left suspended from the high ceilings. The explosion-proof properties of the Pangolin are indicated by the ‘Ex-sign’ embossed on the housing of the fixture, which stands for the German word ‘Explosionsgeschützte’. 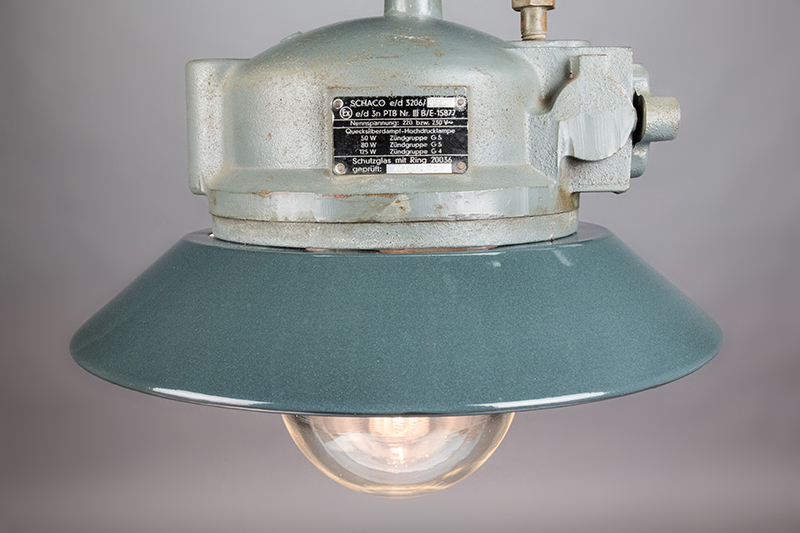 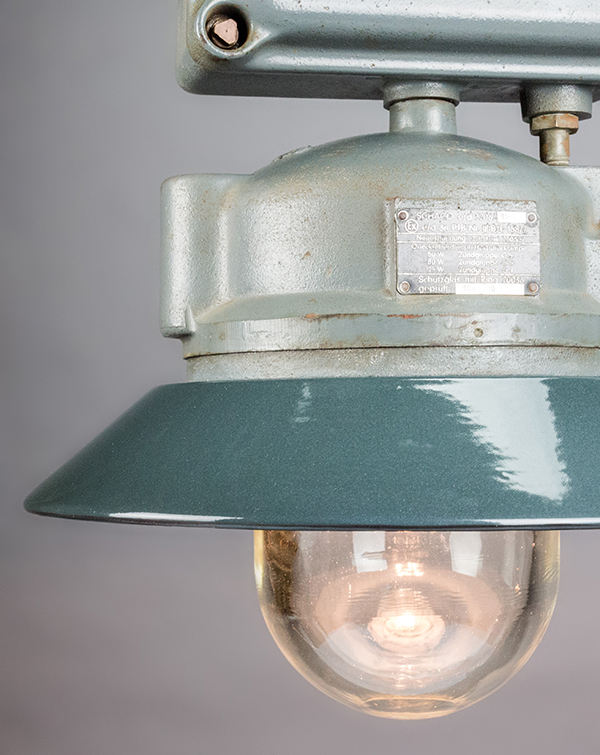 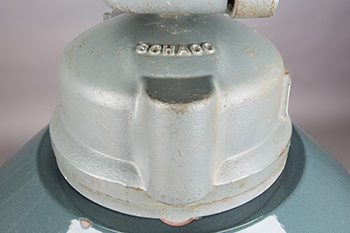 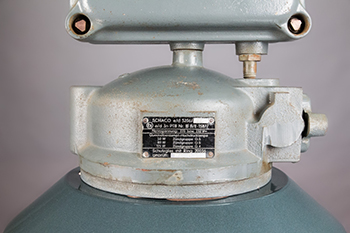 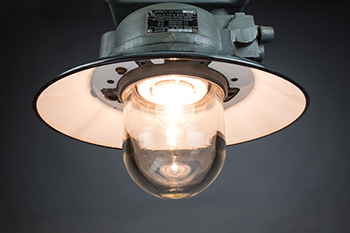 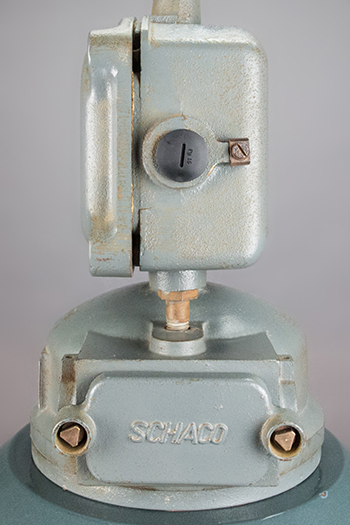 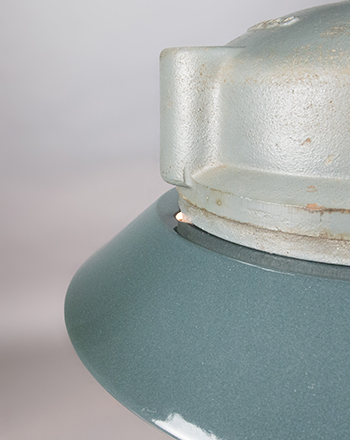 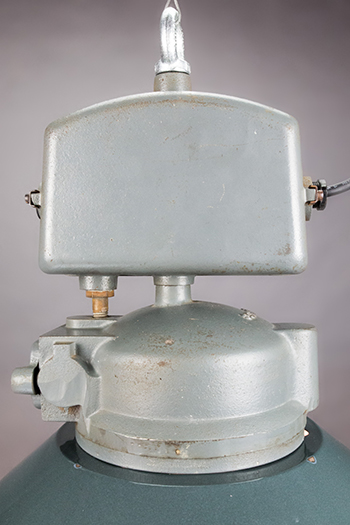 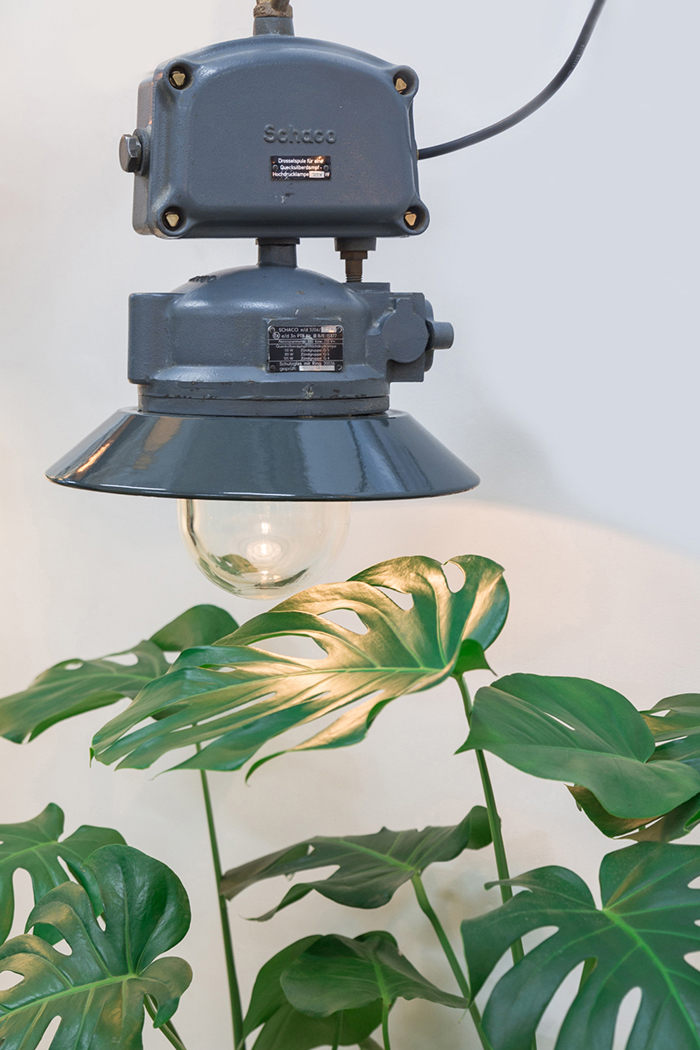 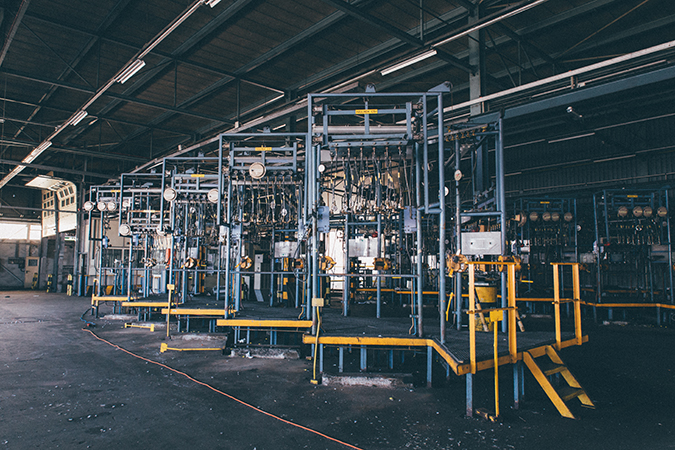 Factorycomplex in the northern periphery of Amsterdam 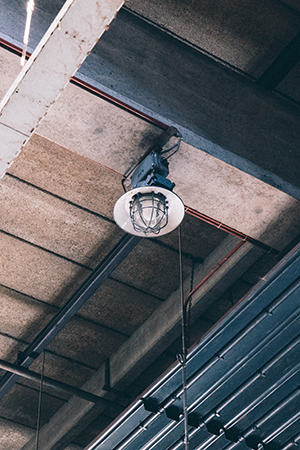 The Pangolin as it was found