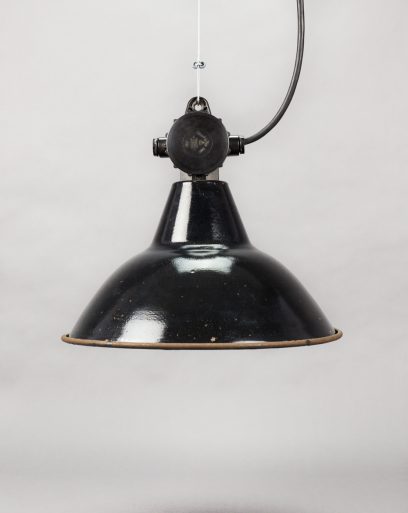 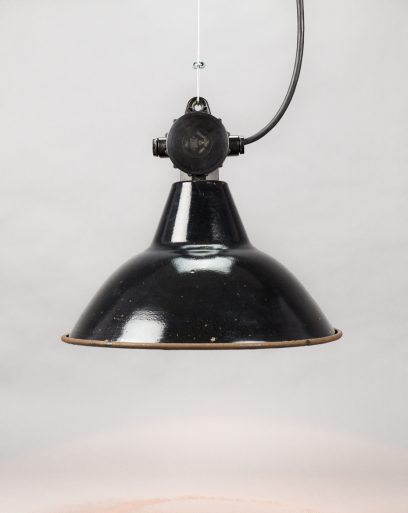 This charming conical pendant was originally designed by the Bauhaus movement in the late 1920s, and was extensively used during the DDR era. The fixture is closely related to the ‘Blackbird’, and has been produced in different shapes and sizes. As the Osprey is not as large as many of its industrial family members, these lamps were often applied to illuminate smaller spaces, such as storages.

The Osprey, which consists of  a durable enamelled shade and a Bakelite connection box, was discovered together with several other lamps at the remains of a German ‘Kunstlederfabrik’. The synthetic leather that was produced here, largely depended on the use of heavy chemicals which was, even after decades of abandonment, still noticeable by the toxic smell in and around the complex. Fortunately, we were able to salvage some extraordinary lamps from this desolate place. 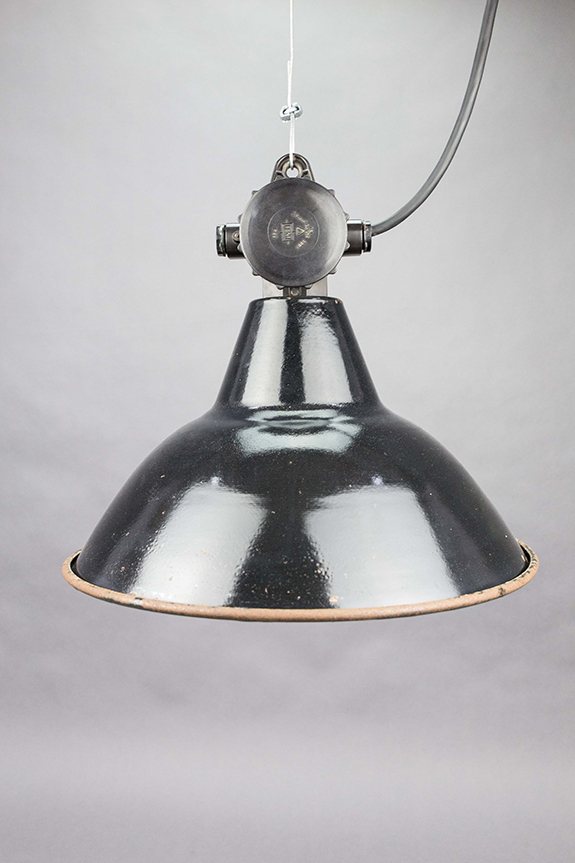 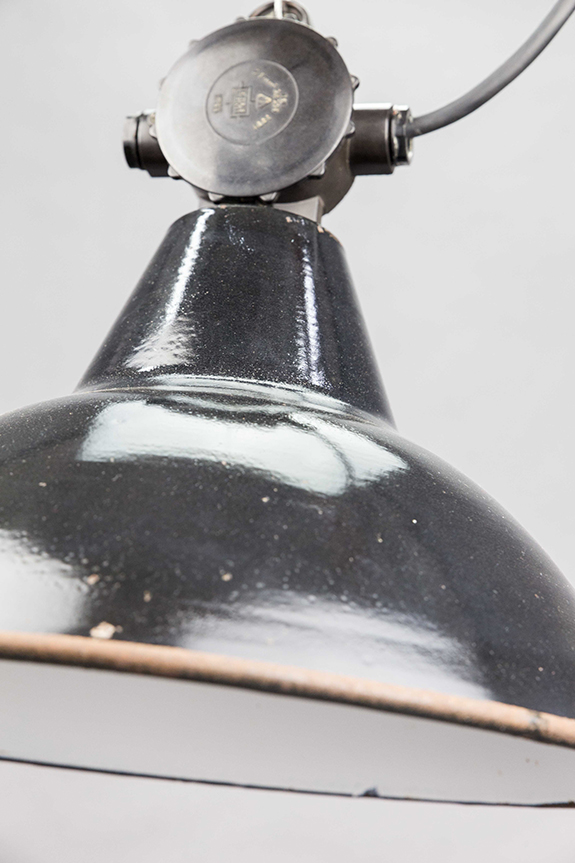 The Osprey features an enamel shade with bakelite connection box 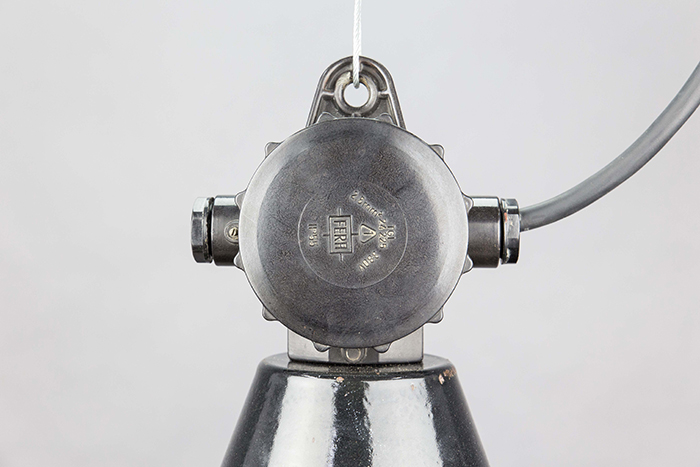 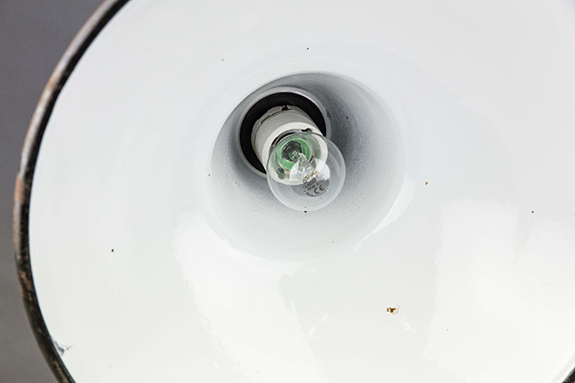 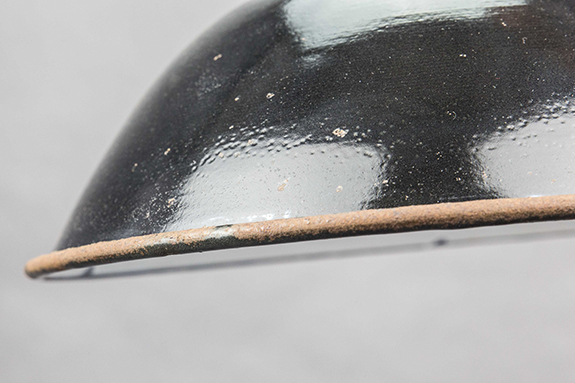 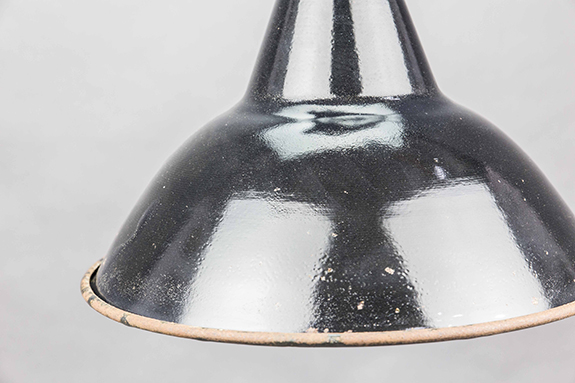 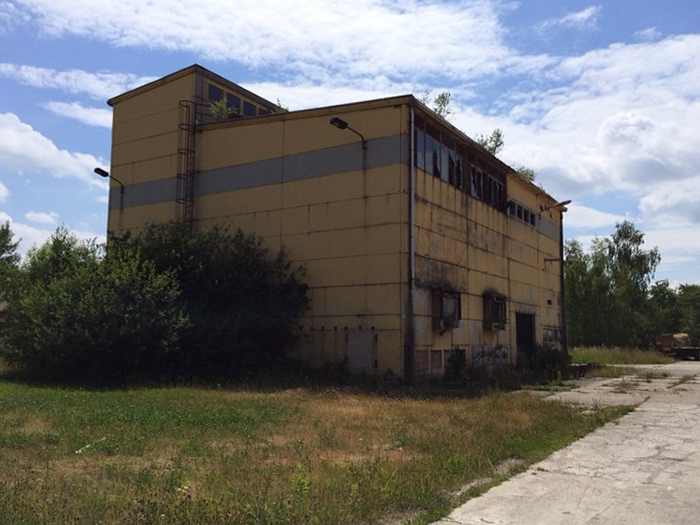 The Kunstlederfabrik where the Osprey was found 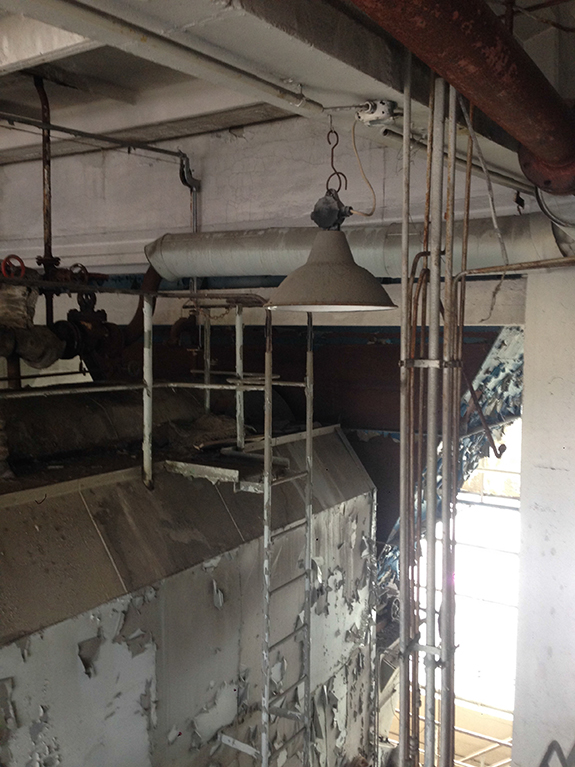 The Osprey as it was found 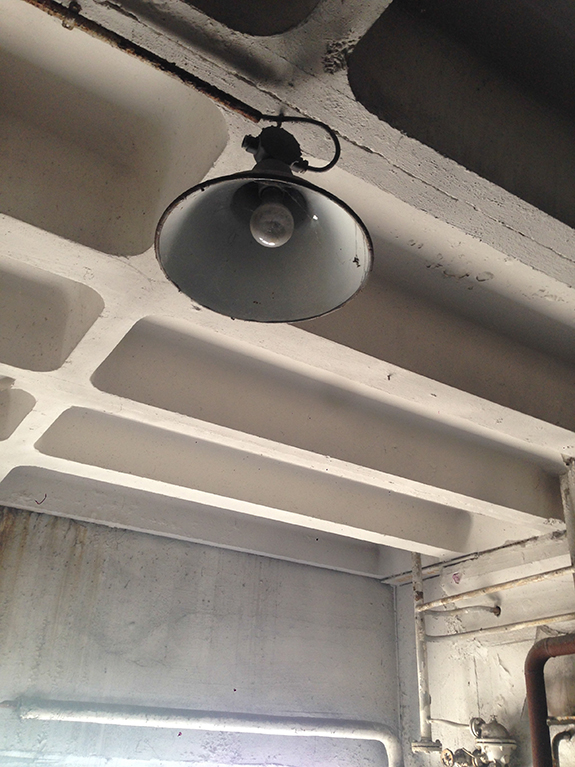 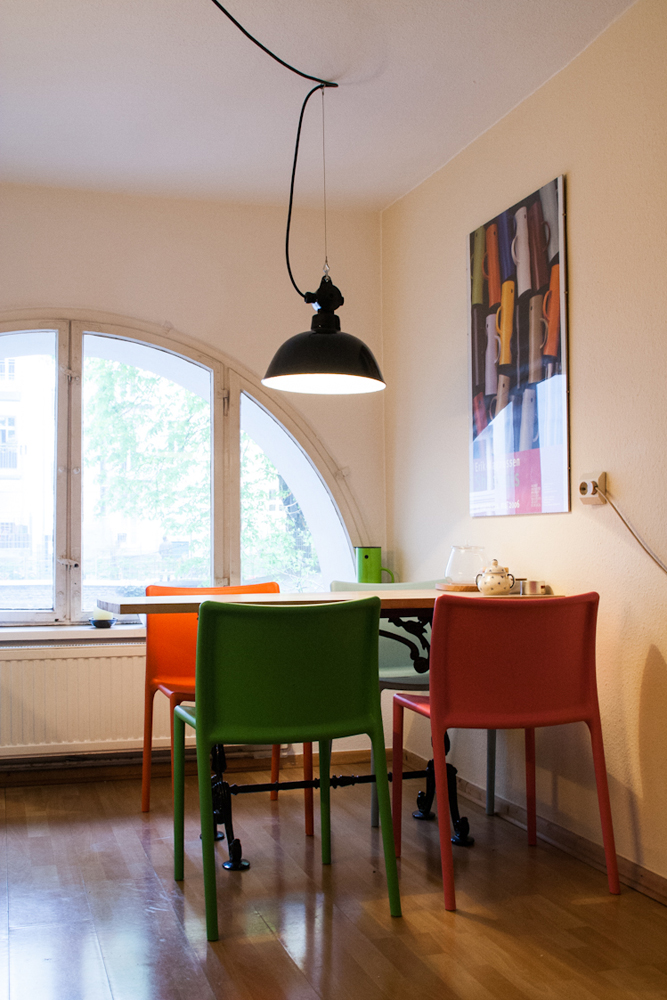 The Osprey in interior 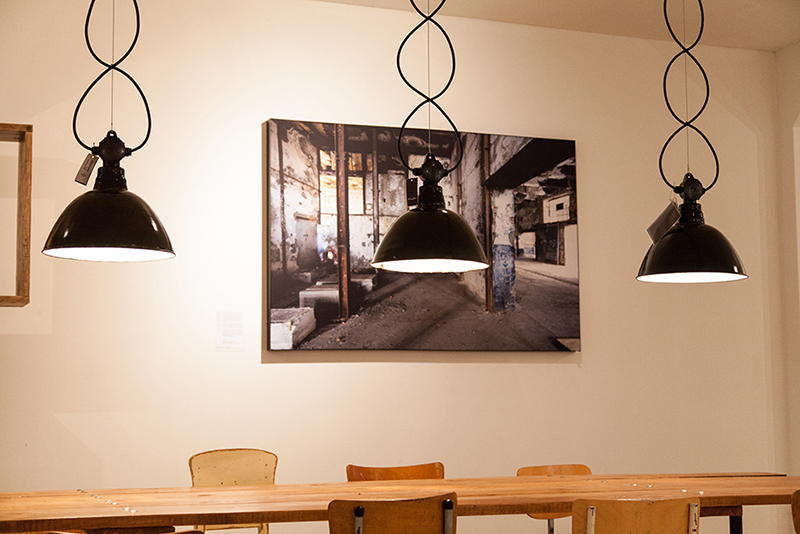 Reference: These twisted cables can also be applied to the Osprey