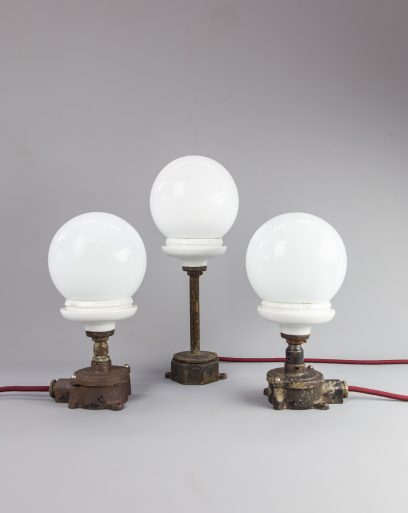 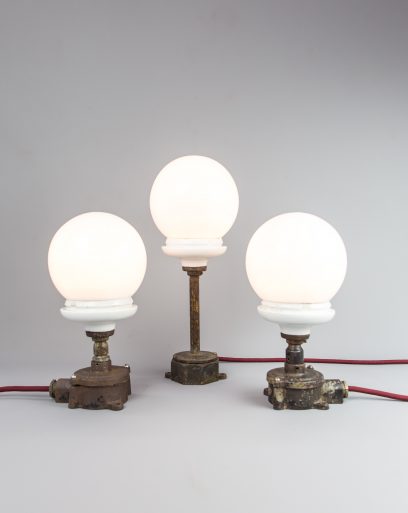 Set of three opaline glass with porcelain base by Siemens

The Milky Snails consist of cast-iron connection boxes, combined with a porcelain E27 socket and a opaline glass dome. Originally the lamp is designed and manufactured by Siemens and meant to be mounted to the ceiling, the fixtures can now also be used as table lamps.

These fixture originate from an abandoned office on the premises of a former military complex. The building partly collapsed, was overgrown with vegetation and heavily affected by its natural decay. The lamp has been found in former East Germany, but was originally manufactured in the former Soviet union.

The Milky Snails are a set of three come with:
– Halogen E27 bulb 42 watt
– 1.6 meter of burgundy textile cable 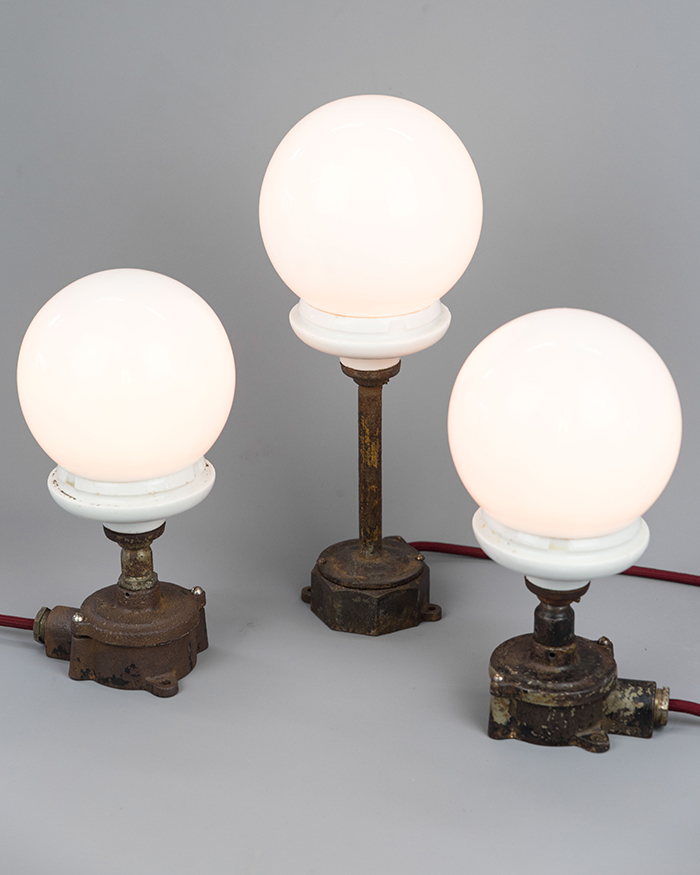 A beautiful lighting effect is created by the milky glass 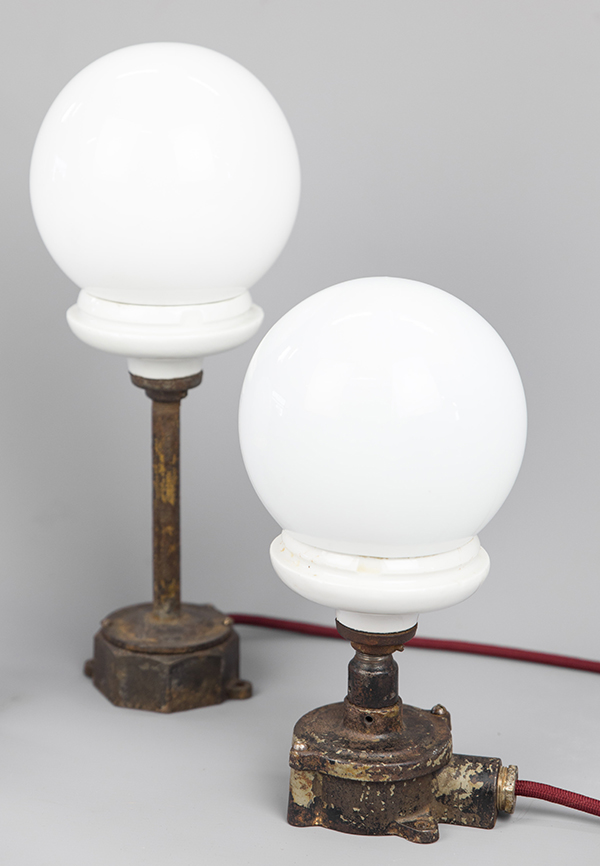 The porcelain is manufactured by Siemens

These bases used to function as a connection box 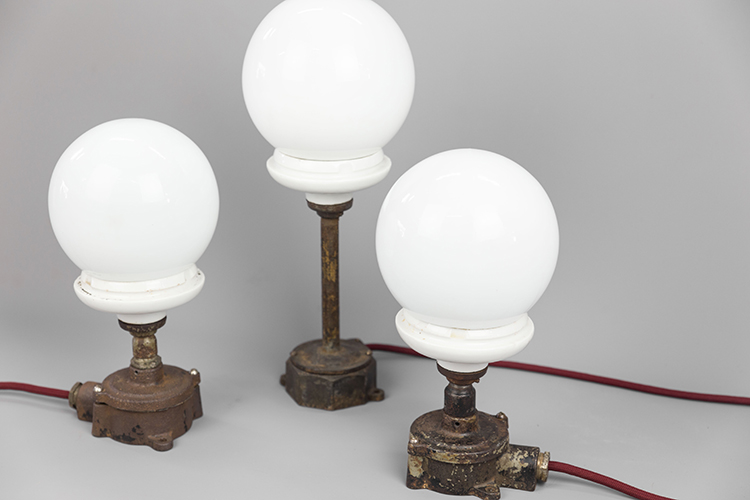 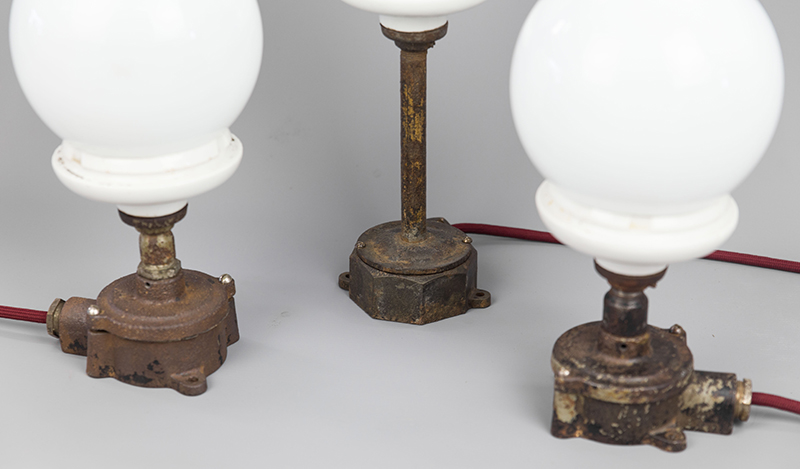