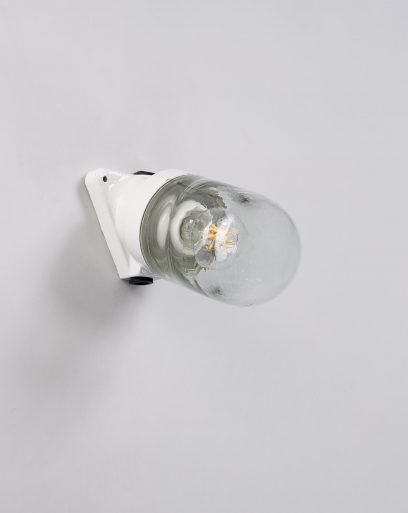 Porcelain light with angled base

This Little Thorny Oyster is considered a true classic. Its pure and timeless design was strongly influenced by the Bauhaus-movement and has been in production since the 1920s.  The fixture consists of a thick, angled porcelain base that includes a porcelain E27 socket and a unique, hand-blown glass dome.

Together with the ‘Little Pearl Oyster’ and the ‘Saddle Oyster’ this Little Thorny Oyster was found at a former state-owned manufacturing company. Many of these state-owned companies were sold by the German government after the reunification in the early nineties. As its new owner only used a fragment of the extensive premises, the majority of the buildings have remained deserted for more than two decades, leaving the dust-ridden interior untouched. 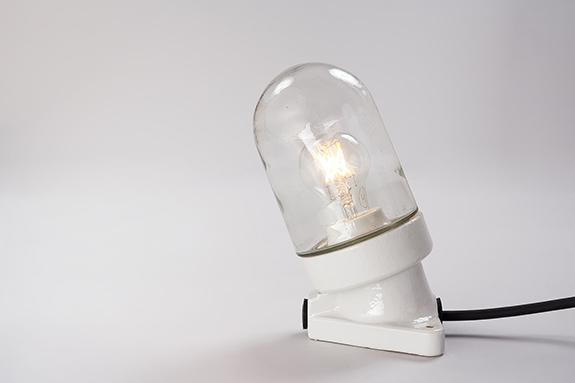 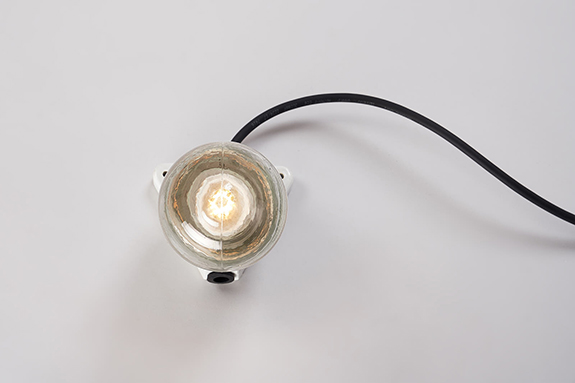 The Little Thorny Oyster has a hand-blown glass dome 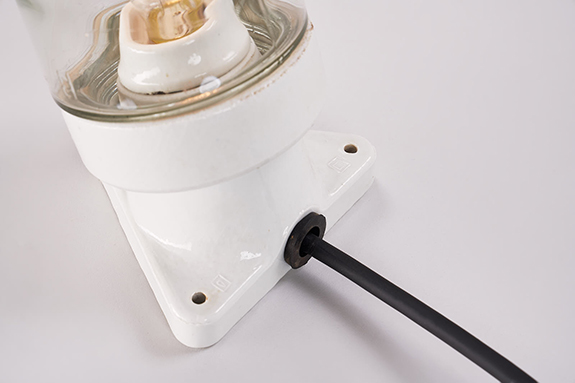