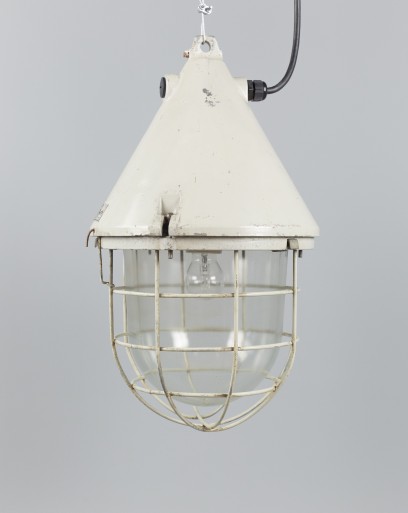 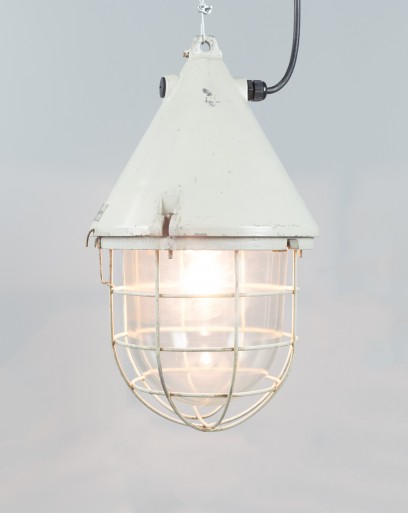 This splash-proof pendant light is the big brother of the ‘Flying Dragon’, and is the largest version within its ‘species’. Just like its relatives, it comprises a large cast-aluminium casing, fitted with a heat-resistant safety glass and a protective cage. These lamps were designed to be used in buildings processing hazardous materials such as chemical plants, power stations, military bunkers or ammunition storages.

The lamp was reclaimed from an abandoned military airfield, that was used by the ‘Luftwaffe’ during the second world war. The Soviet army used it later during the cold war. It hung in one of the warehouses. 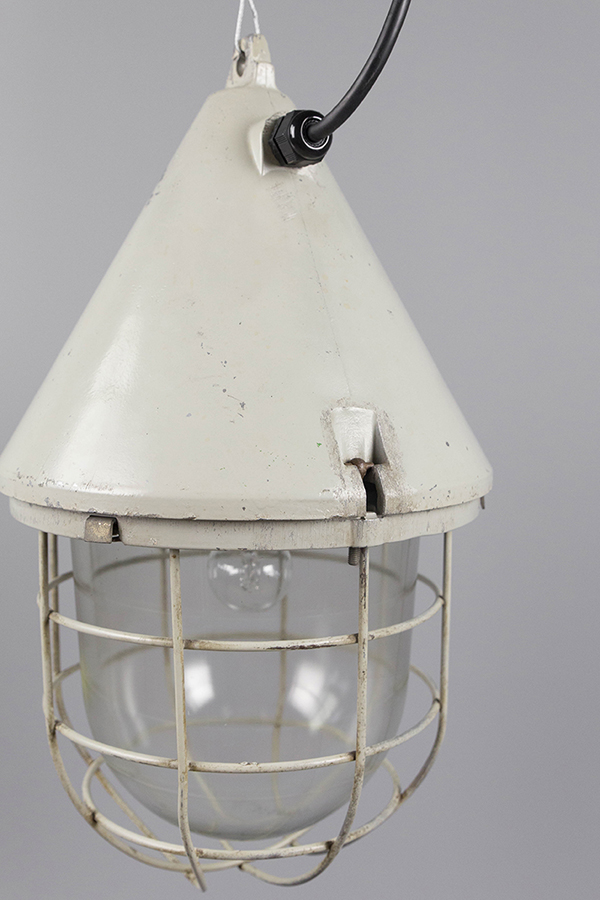 Like many Explosion-proof fixtures, the Komodo Dragon features a protective cage 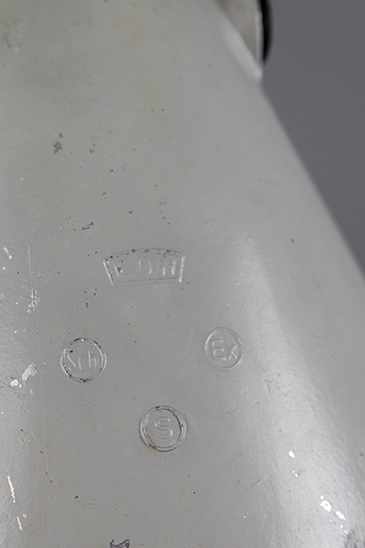 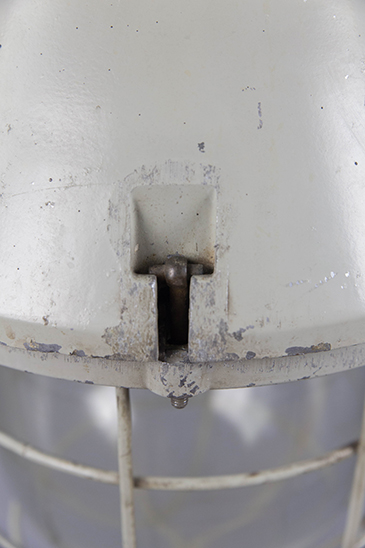 The bolt that keeps the shade and the protective cage together 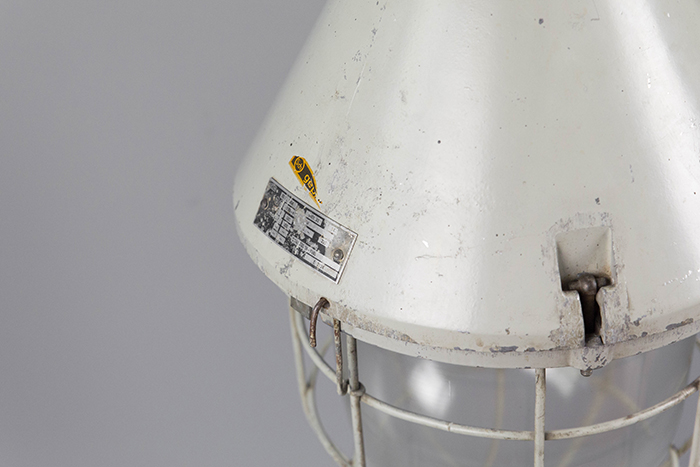 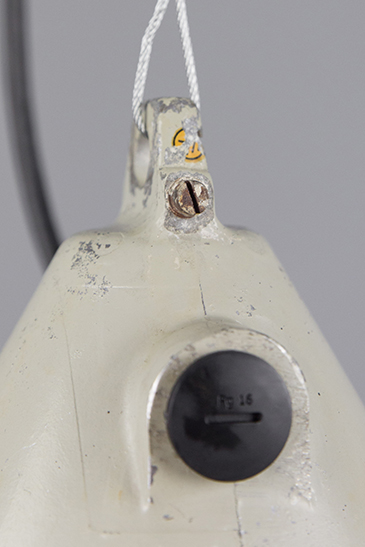 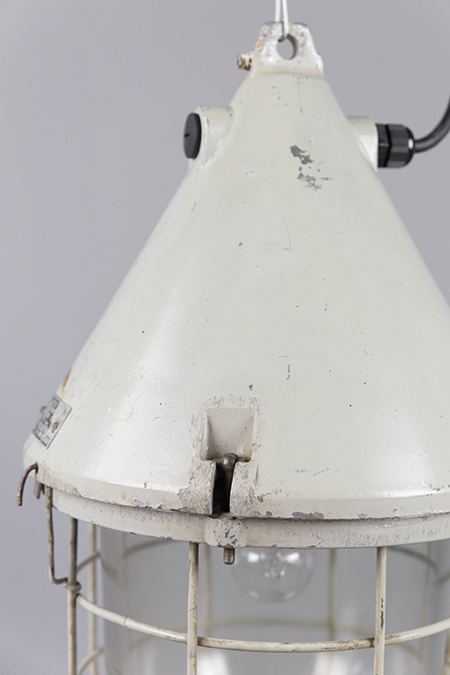 The shade of the Komodo Dragon 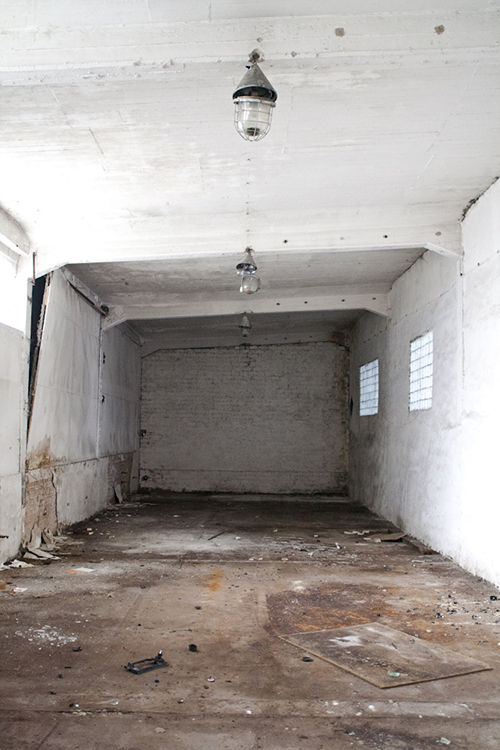 Komodo Dragon as it was found 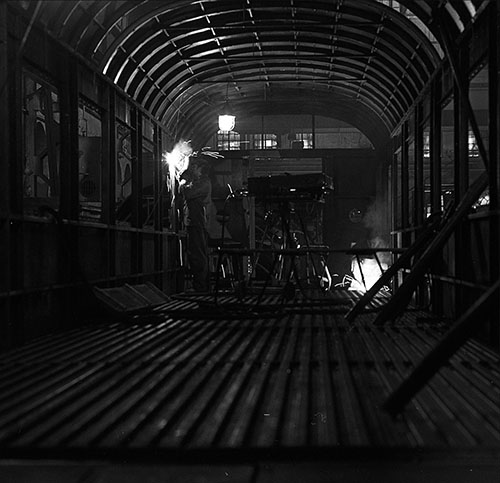 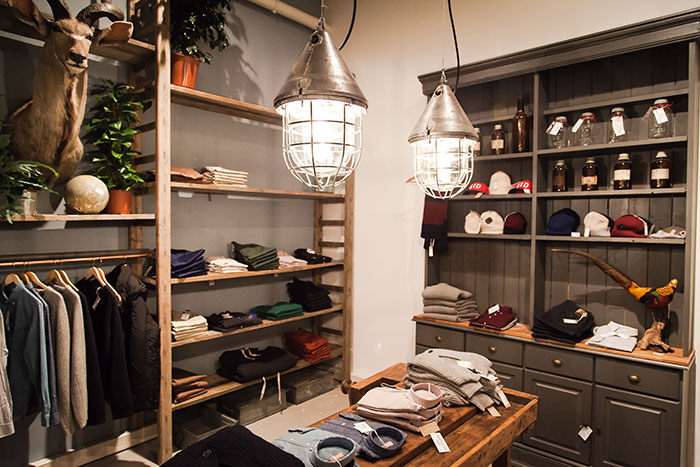 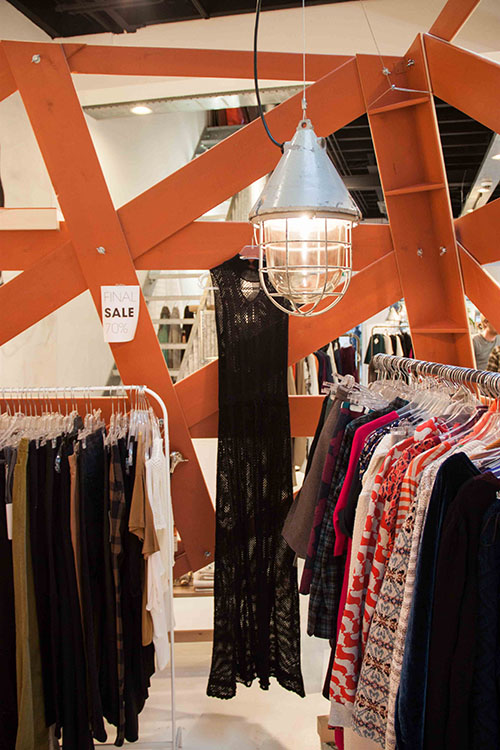 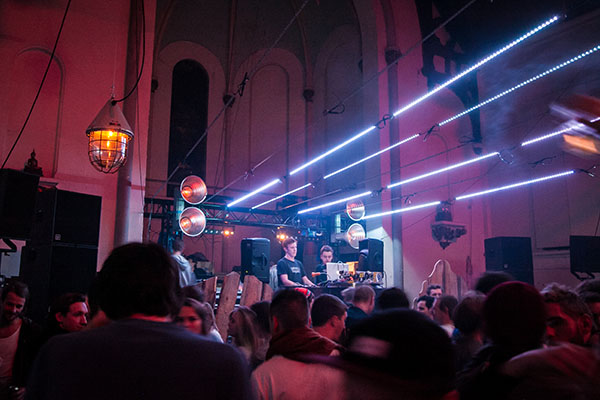