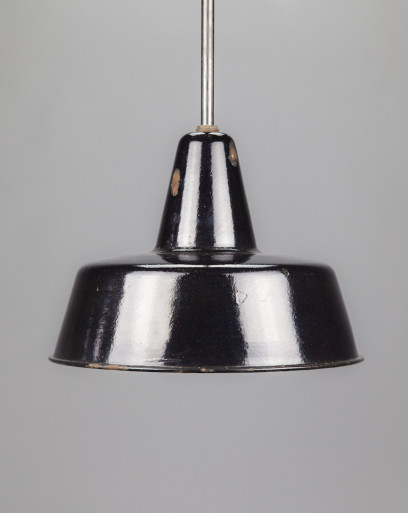 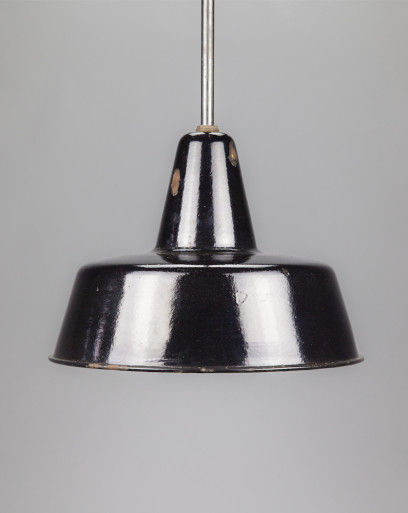 Similar to its kid brother the Penguin, we have a strong feeling that this pure and discrete fixture was produced by the East German Leuchtenbau Leipzig, but that the design was taking over from the West German manufacturer Bolich Ebolicht. This company has been producing these fixtures since the 1920s, and the timelessness of the simple conical design is illustrated by the fact that up to the present day they still do. With the design barely changed, this enamelled fixture is definitely a true classic.

Together with many other fixtures, this large Penguin was found at the ceiling of a storage building on the premises of a former East German refrigerator manufacturer. All fixtures found in this space are considered special pieces originating from before the second world war or just soon after. Presumable after a reconstruction, these lamps were stockpiled at the attic, and left to be forgotten.

Upon request, the extension rod can be adjusted to your desired length. 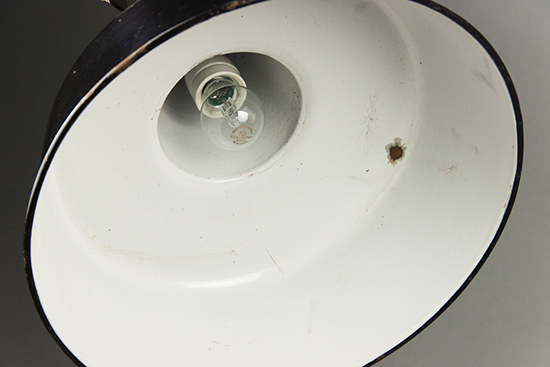 The reflecting white inside 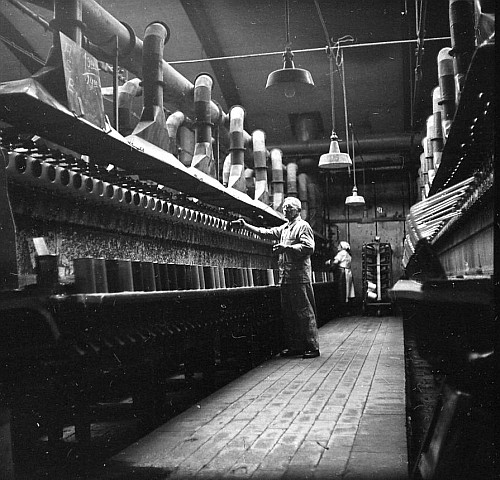 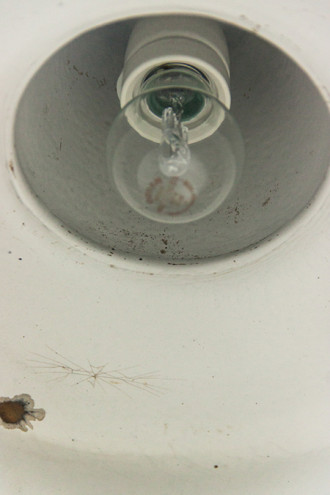 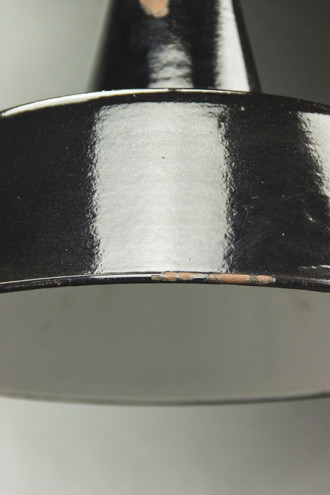 The enamel layer has been giving back its beautiful 'glow' 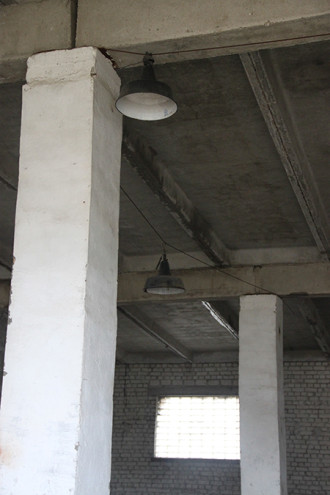