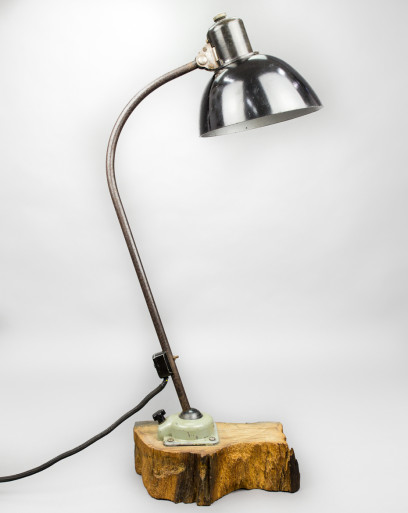 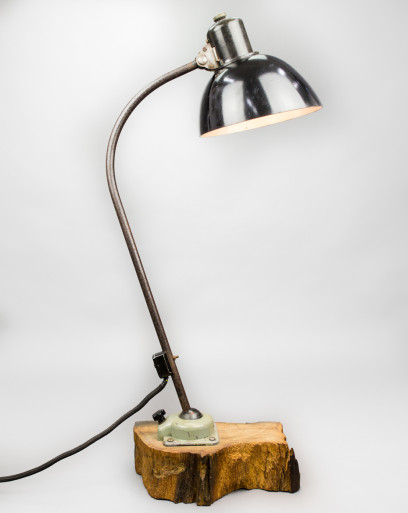 The delicate yet functional design of this King Cobra has been greatly influenced by the ‘form follows function’ principle of the Bauhaus movement. The desk lamp features a distinctive ball-joint connecting the base to the arm, and an adjustable shade constructed out of bakelite. The fixture was originally produced in the 1930s, by the German light manufacturer Helion Arnstadt.

The King Cobra was salvaged from the remains of a German ‘Kunstlederfabrik’, a manufacturing company where artificial leather was produced. The lamp was initially mounted directly to a desk, at one of the workshops in the main building. The desk lamp has now been placed on a unique piece of Azobé wood, creating a characteristic socket.

King Cobra comes with a special 40 watt E27 deco bulb, a 1,5 meter matt black cable, and a passport describing its history and origin. 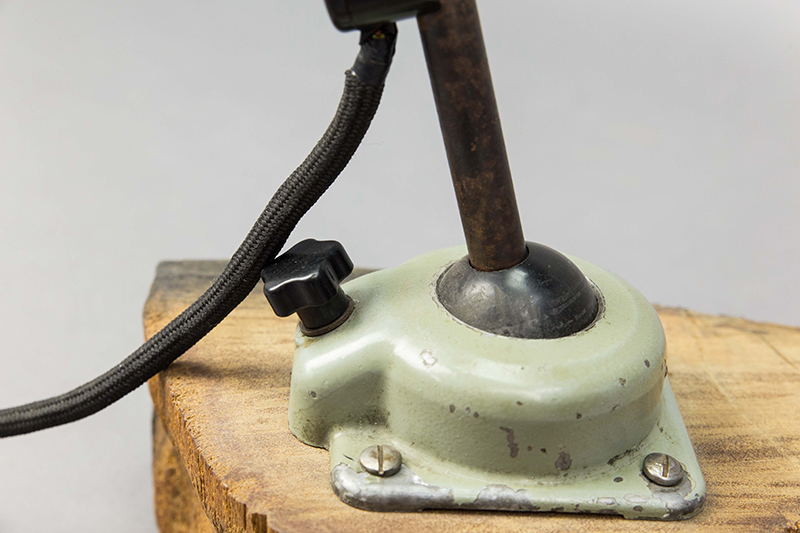 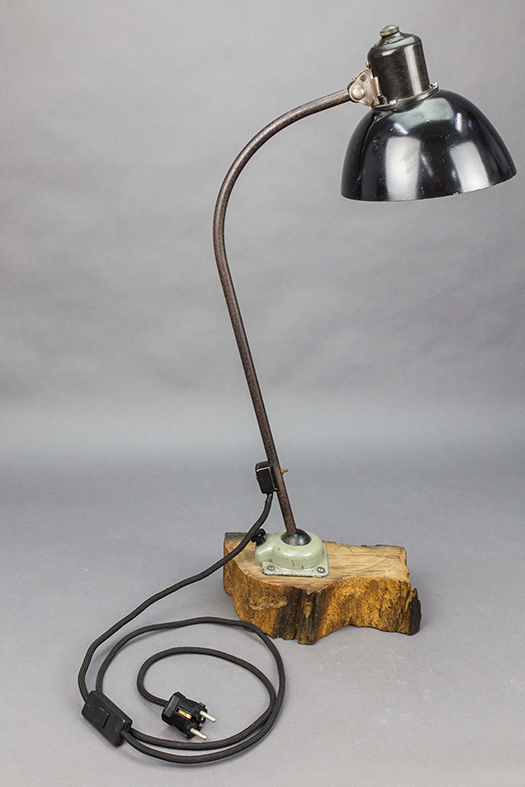 Overall view of the King Cobra 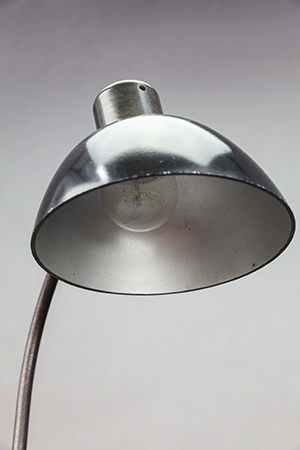 The fixture features a bakelite shade 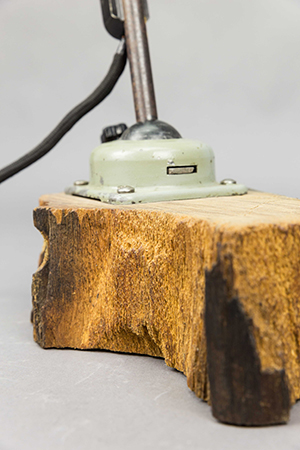 The fixture is mounted to a wooden socket 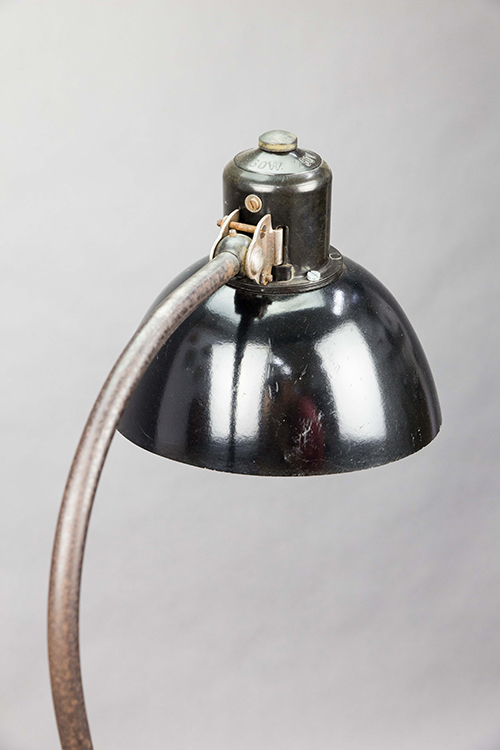 The bakelite shade has a beautiful glow