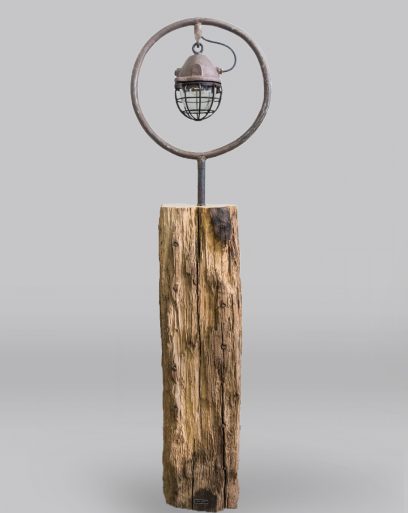 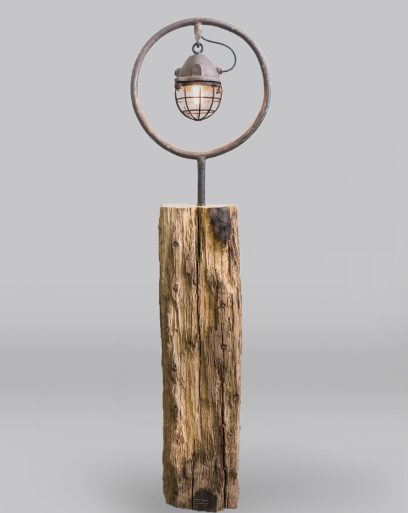 This special piece features one of the first explosion-proof lamps of its kind. It has been manufactured before the second world war by Körting & Mathiesen, better known as Kandem. This famous German lighting manufacturer was producing lighting fixtures since 1889, and held a strong relationship with the Bauhaus during the 1930s. Although Kandem was not known for its explosion-proof lighting, they did manufacture a small variation of these heavy industrial fixtures.

We placed the fixture with its original ‘mounting circle’ on a piece of Basralocus wood, weighting almost 100 kilograms. This socket used to be a docking piling at one of the largest water locks of Amsterdam. The fact that this extraordinary piece of wood has been in the water for 40 years is clearly reflected in its beautiful erosion markings. 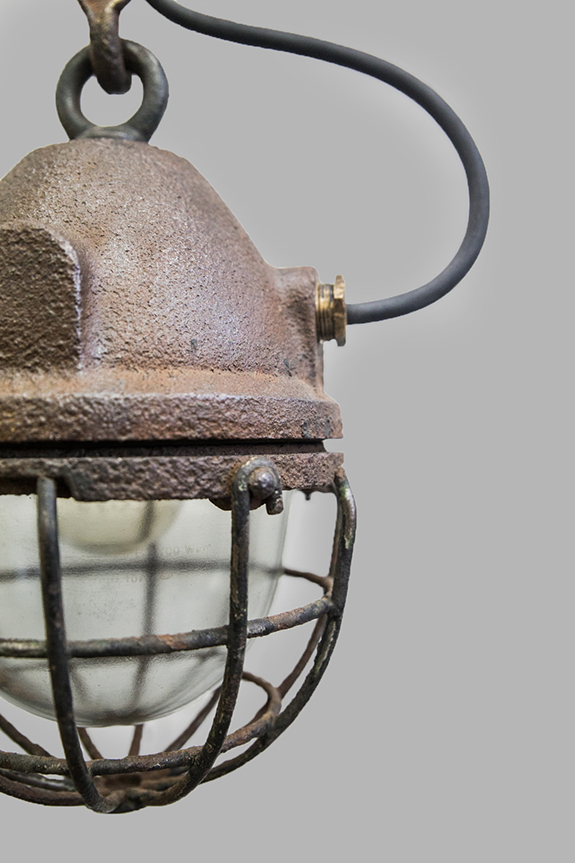 Like many Explosion-proof fixtures, the Kandem Elephant features a protective cage 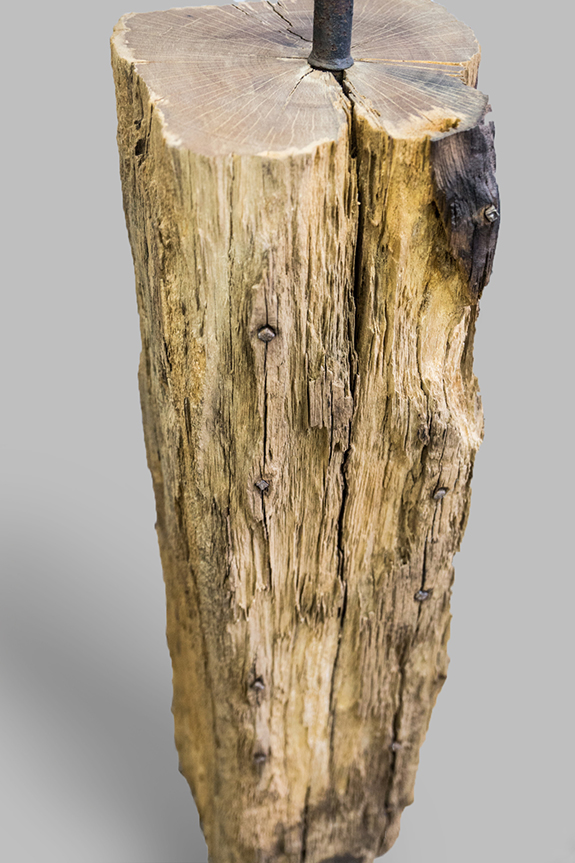 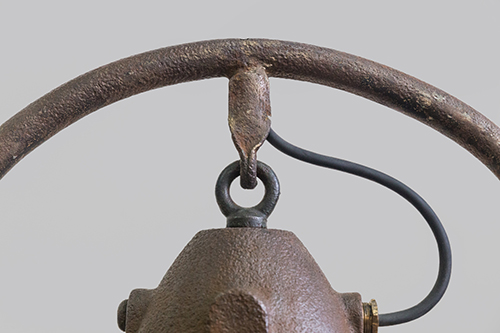 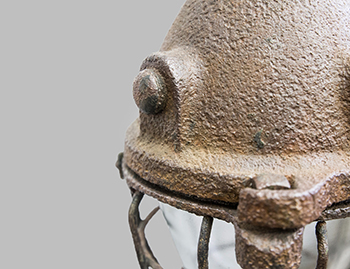 The Kandem Elephant has a cast-iron body 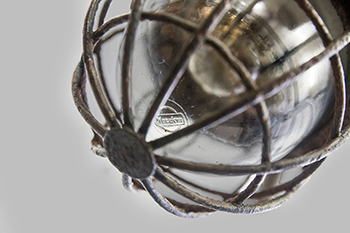 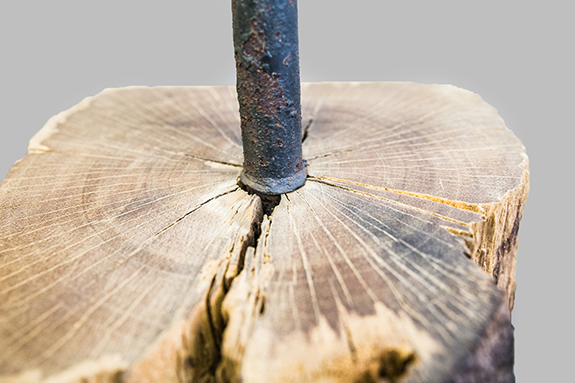 The ‘mounting circle’ is ‘screwed’ into the Basralocus wooden socket 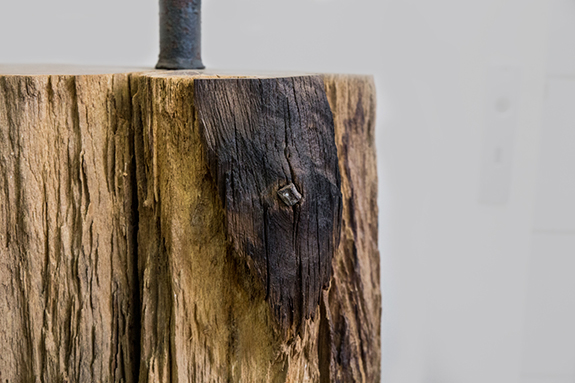 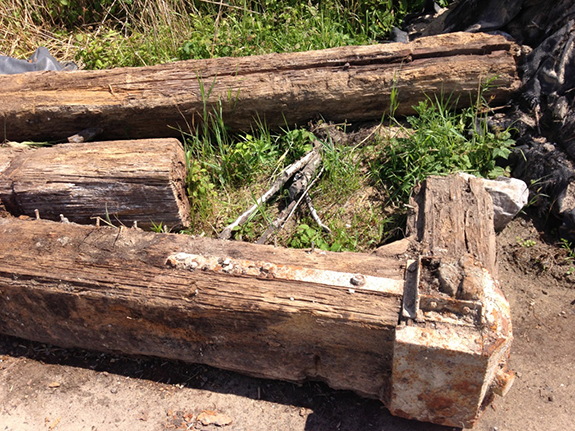 The socket of the Kandem Elephant as it was found 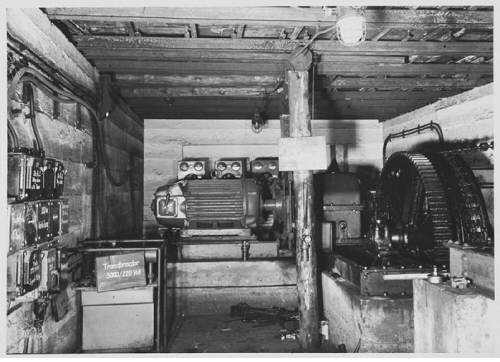 The Kandem fixture in an original image of the DDR archive