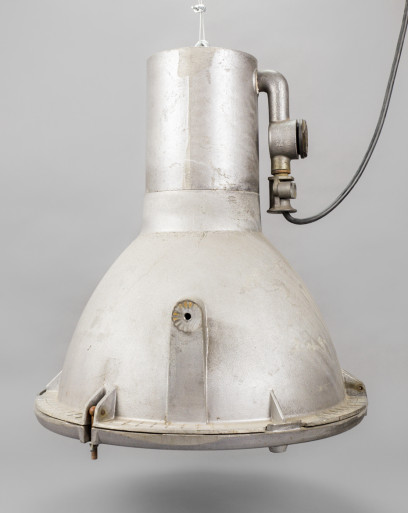 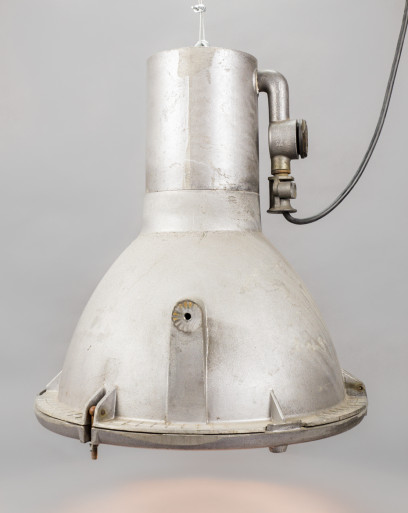 This heavy industrial pendant light is completely made out of cast-aluminium, and was originally designed as a spotlight. It was produced in large numbers by the lighting manufacturer Leuchtenbau Leipzig (LBL), but is currently considered a scarce fixture. Since the spotlight socket was irreparable damaged, the fixture has been transformed to a pendant variant.

The Grey Wolf was salvaged from the remains of a German ‘Kunstlederfabrik’, a manufacturing company where artificial leather was produced. It was mounted to the outside wall on one of the factory buildings, where it illuminated the premises from a great height.

The Grey Wolf comes with a 42 watt E27 halogen bulb, a 1,5 meter matt black cable, and its passport describing the history and origin of the lamp. 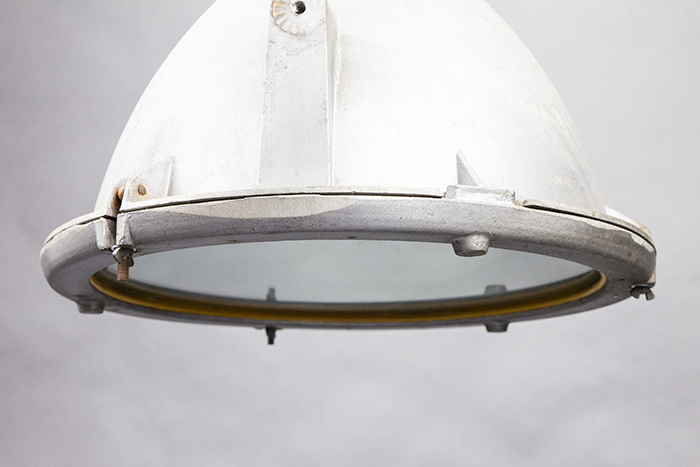 The spotlight has been complemented with a glass pane 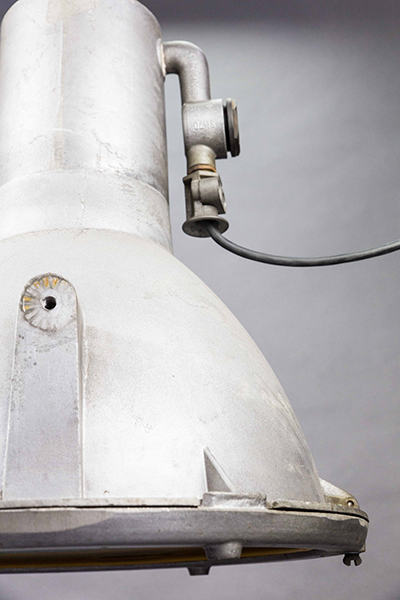 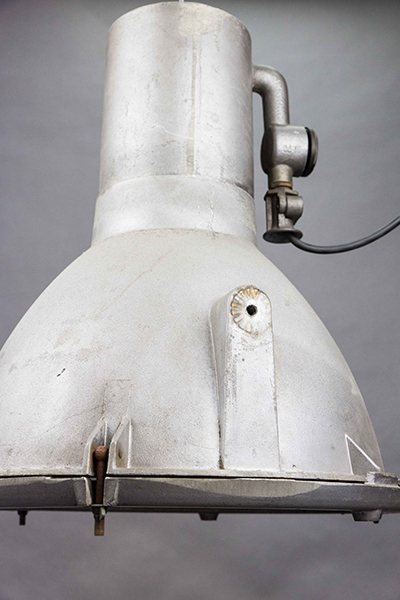 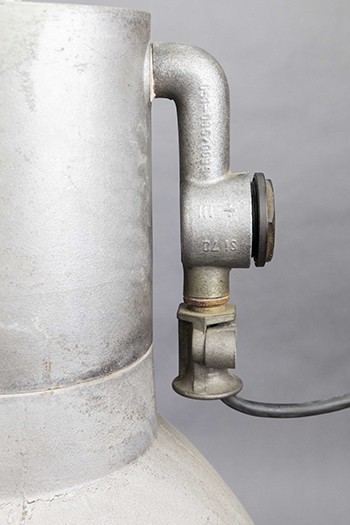 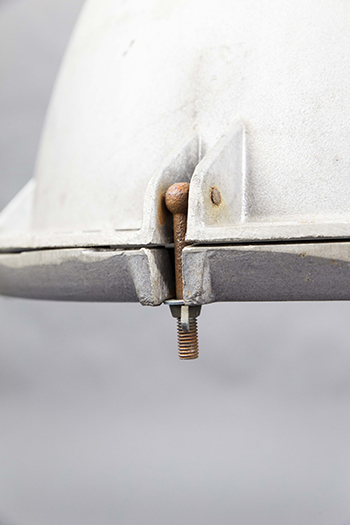 Bolts holding the glass pane on its place 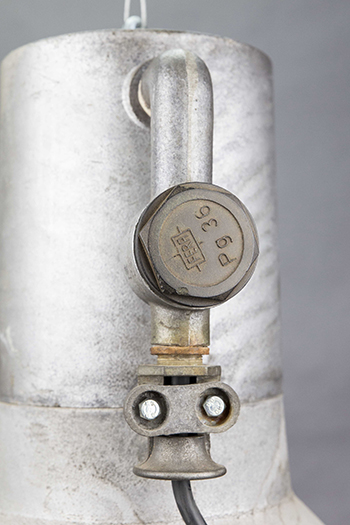 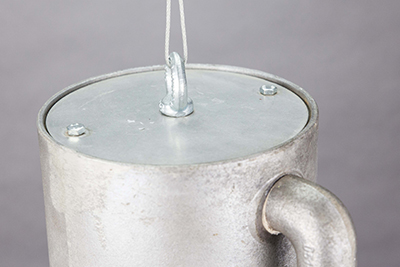 Remodelled as a pendant with a suspension eye 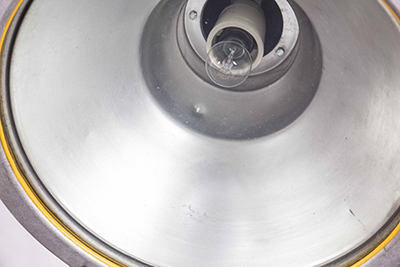 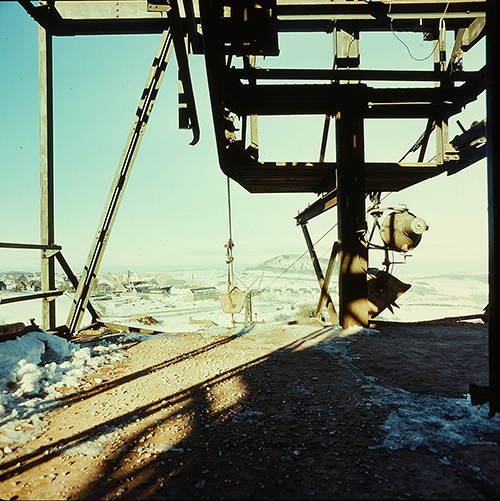 As the fixture was used in the DDR era 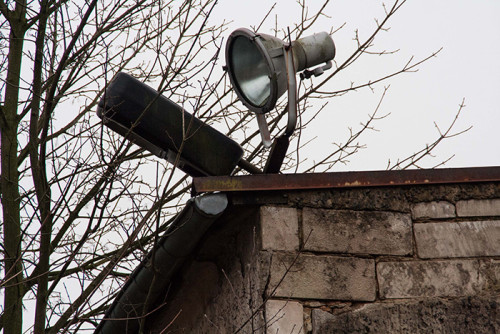 The Grey wolf as it was found 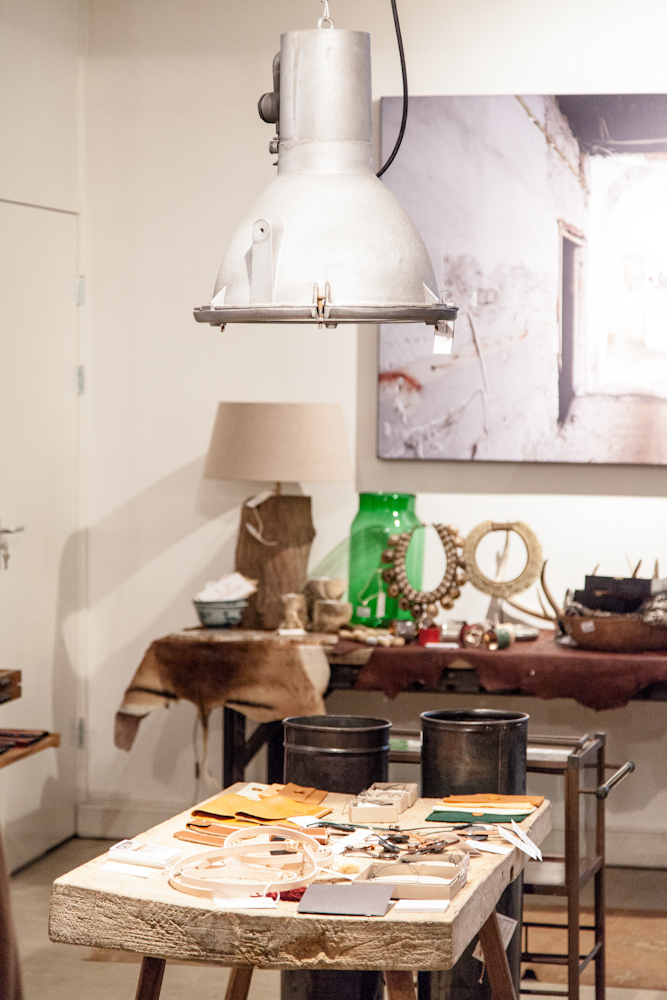