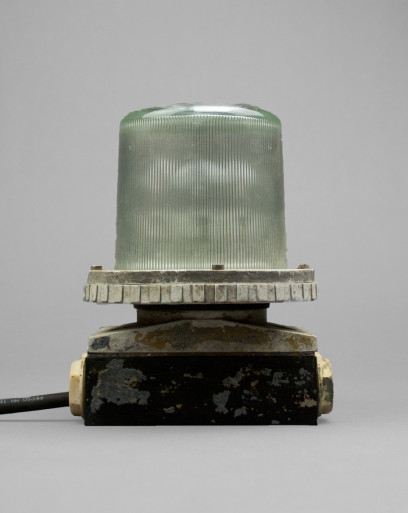 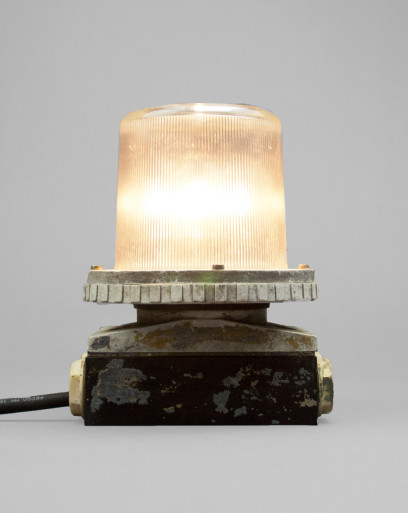 Bakelite wall and ceiling lamp from the early DDR era

Because of its characteristic design, this special wall and ceiling lamp is also referred to as a ‘siren lamp’. It consists of a bakelite base, with a glass dome holding a porcelain E27 socket. It was often used on humid places like basements, since the bakelite and glass character made the lamp most suitable for these conditions.

The lamp was salvaged from a deserted military complex that played a prominent role during the cold war. As a pair, the lamps were mounted to the facade of a gatekeeping cottage, located at one of the entrances of this former top-secret complex.

The Grey Squirrel comes with a 42 watt E27 halogen bulb, a 1,5 meter matt black cable, and its passport describing the history and origin of the lamp.