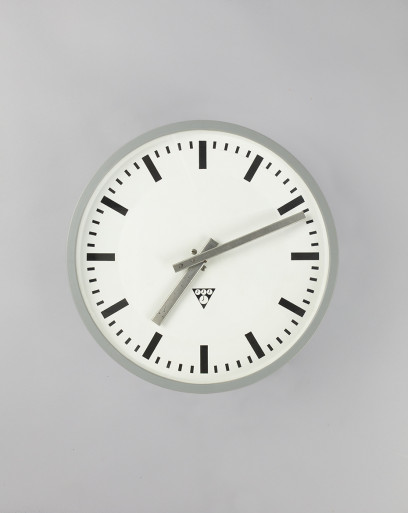 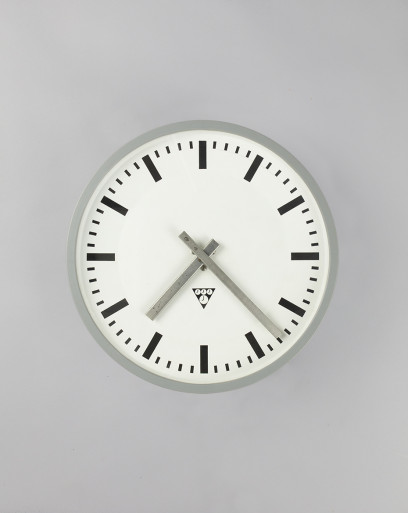 Together with a network of other clocks, this Grey Cuckoo used to function as a ‘slave clock’. These clocks were used throughout large buildings and complexes and were connected to a centralized ‘master clock’ that synchronized the time by sending electrical signals. The round clock consists of a light-grey steel plated casing and has white face.

This clock was discovered at the remains of an East German ‘Kunstlederfabrik’, a manufacturing company where artificial leather was produced. As the production of this synthetic leather depends on heavy chemicals, even after decades of abandonment the deteriorating factory complex was surrounded by a chemical smell in the air. Luckily we were able to salvage these special clocks in in time. 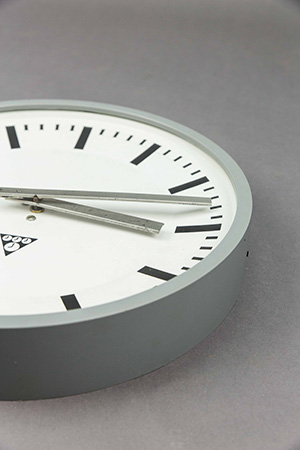 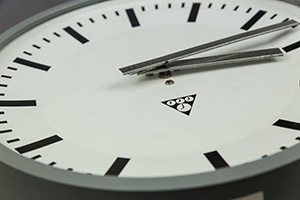 The manufacturers logo on the face of the clock 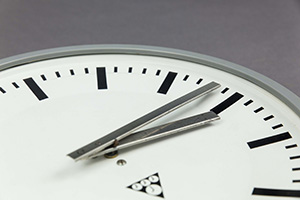 Detail of the face of the clock 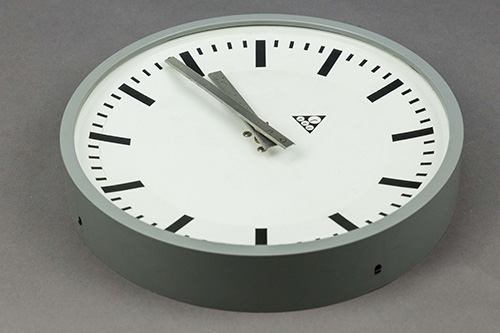 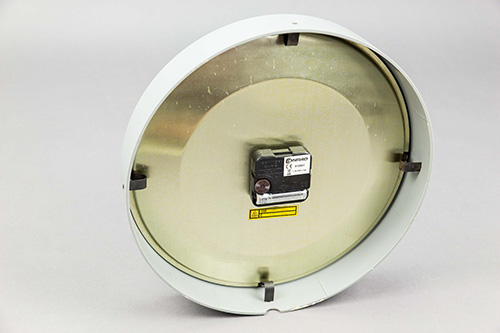 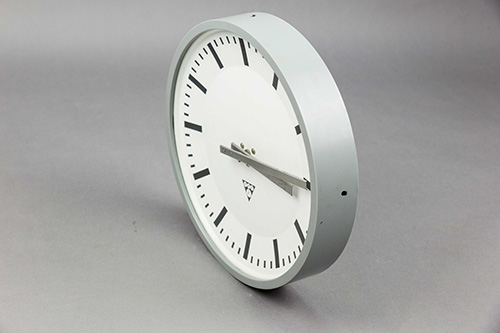 The clock has a light grey color