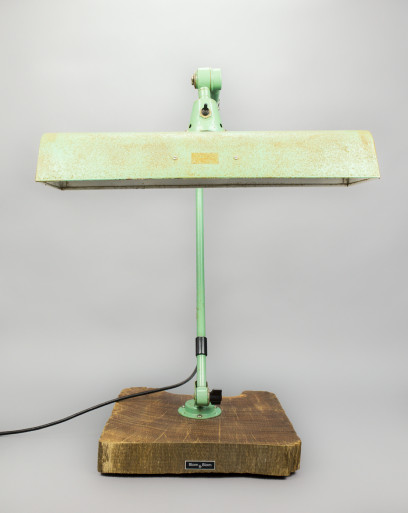 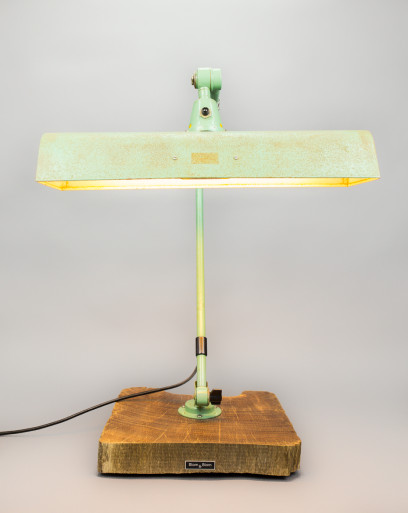 The Green Tree Python was originally designed by Curt Fischer, for the ‘Midgard’ company. In order to improve the illumination on industrial work sites, Midgard produced a series of fully adjustable lights, like this desk lamp. The fixture consists of a pressed-steel shade, a 15 watt fluorescent light and an adjustable arm. Initially it was mounted directly onto a shelf, but it has now been complemented with a slice of Azobe wood, creating a sturdy socket.

The Green Tree Python was discovered at the ruins of a German ‘Fiehfutterfabrik’, formerly a factory where cattle feed was produced. After the reunification in the nineties, many of the state-owned companies were sold by the German government. The new owner of the cattle feed factory only uses a small part of the premises, leaving the majority of the buildings deserted.

The Green Tree Python comes with a special 15 watt fluorescent light, a 1,5 meter matt black cable, and a passport describing its history and origin. 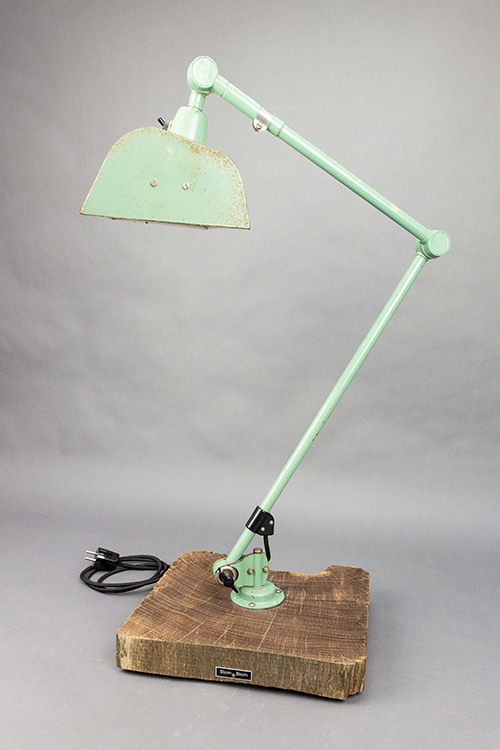 The fixture has an adjustable arm and shade 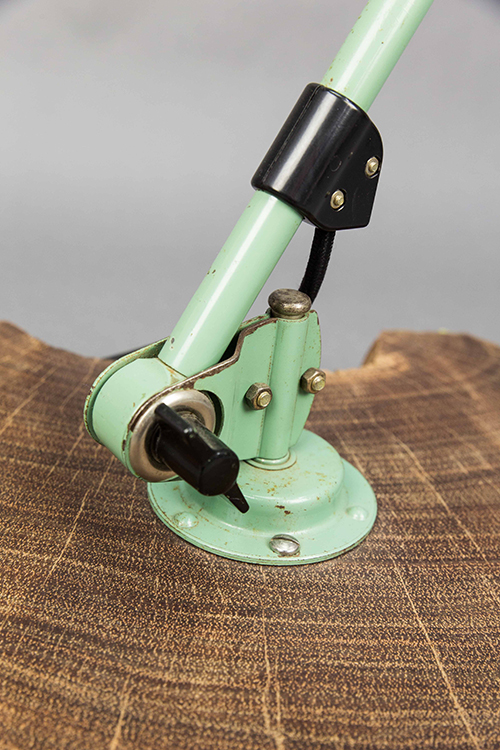 Detail of the moveable base 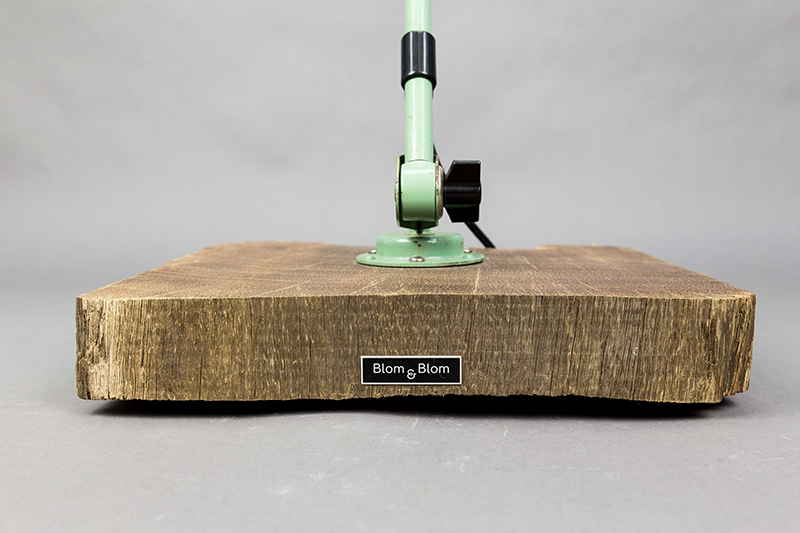 Slice of Azobe wood as a socket 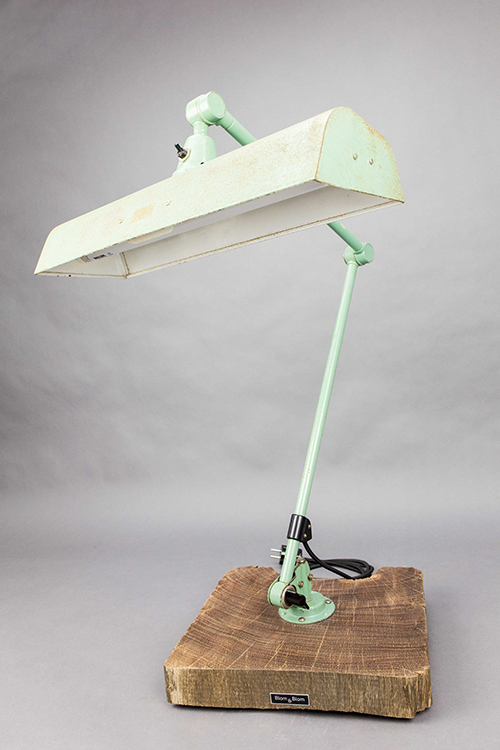 Overall view of the fixture 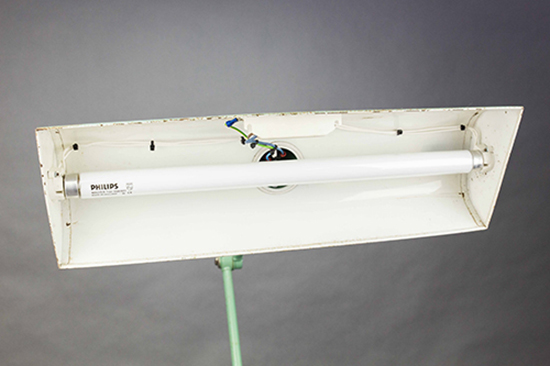 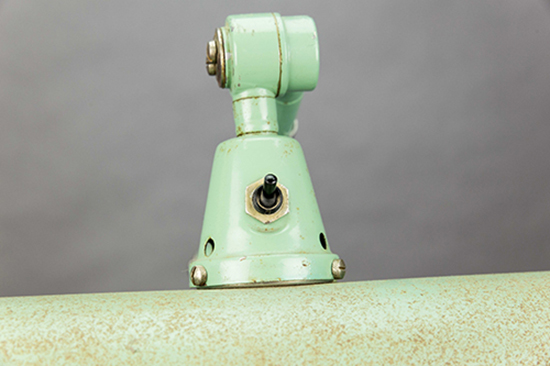 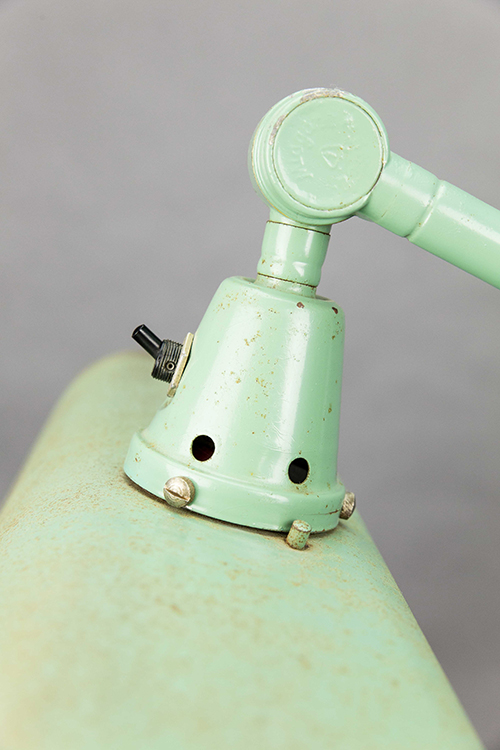 The shade has a distinctive green colour 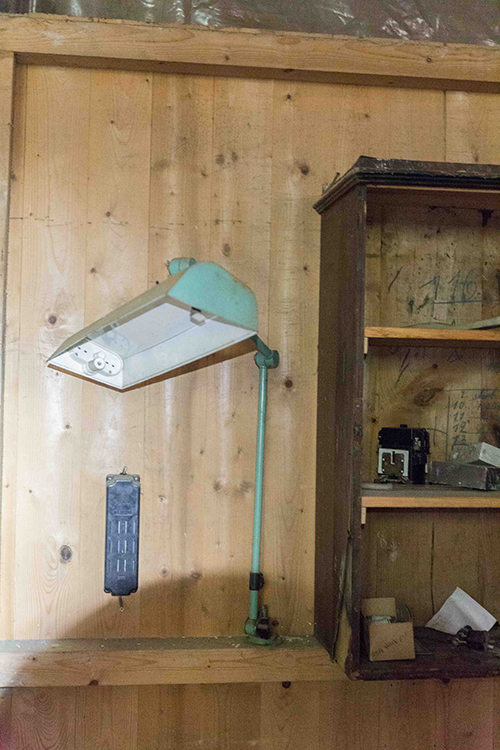 The Green Tree Python was found mounted directly to a shelve 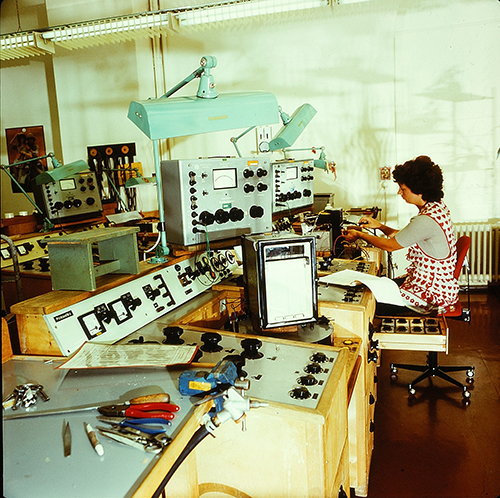 Example of how the fixture was used during the DDR era

How the fixture was used during the DDR era