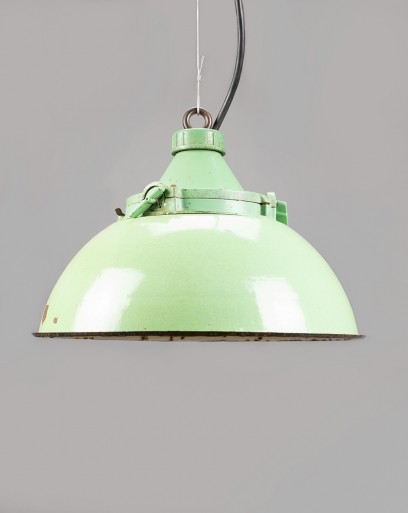 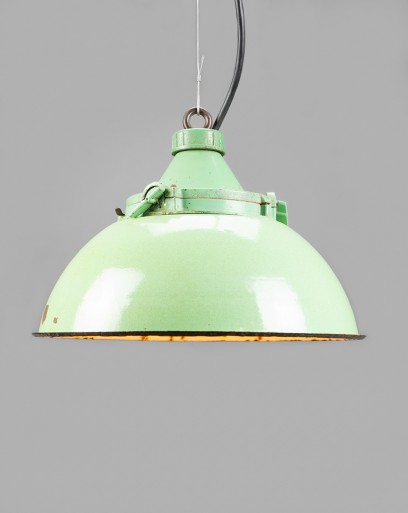 This fixture was manufactured in in the former Soviet union. It consists of a conical shaped cast-aluminium body with an enamel shade, and has a distinct green color. The connecting rig between body and shade has several Russian words inscribed, hinting on the lamp’s DDR background. It was used in the many military complexes during the DDR era in East Germany, illuminating storages and barracks.

Several of these lights were salvaged from a small military complex North of the German capital Berlin. The hall where the lamps were suspended from the ceiling was partly collapsed, overgrown with vegetation and heavily affected by natural decay.

The Green Parrot comes with a 42 watt E27 bulb, a 1,5 meter matt black cable, and its passport describing the history and origin of the lamp. 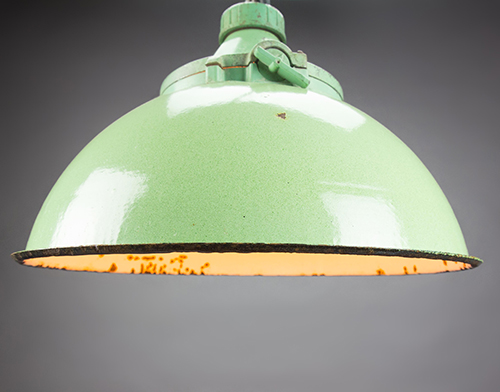 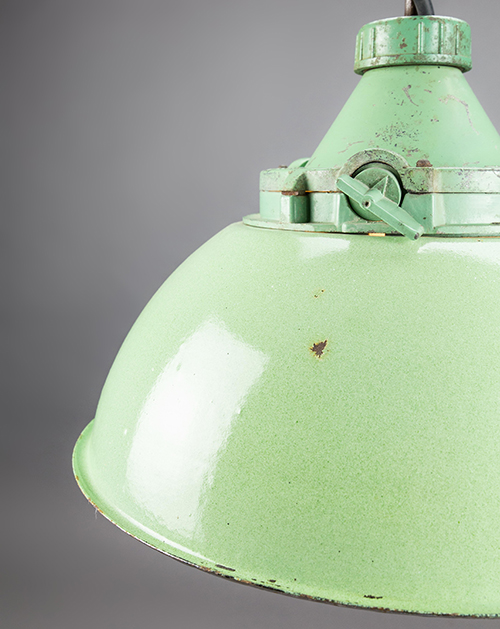 The Green Parrot has small composite details on the body 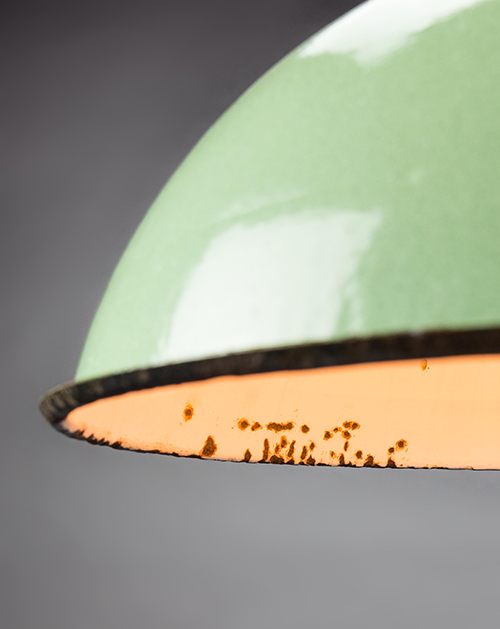 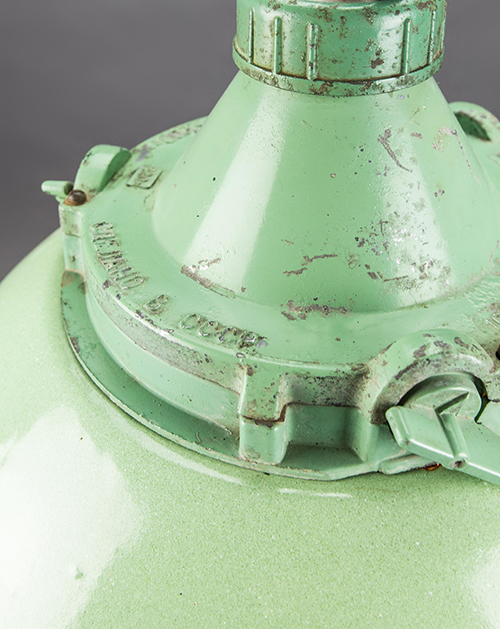 The conical body consists of cast-aluminum 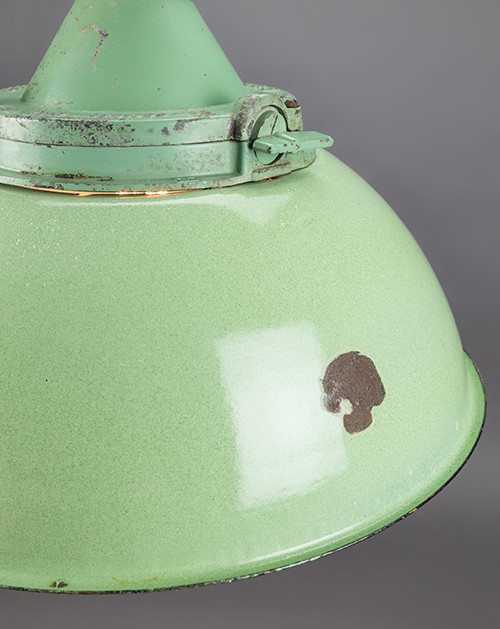 Signs of wear on the shade 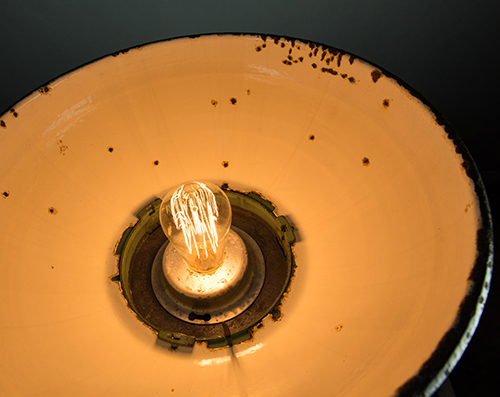 A look inside the shade