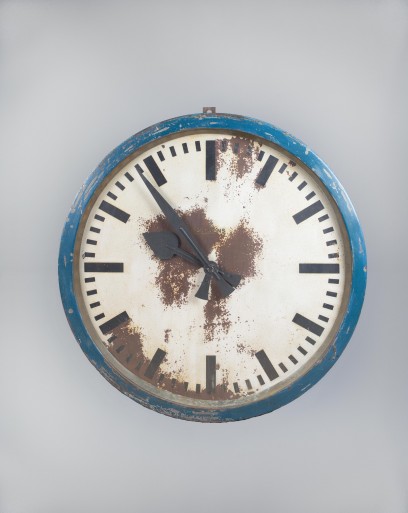 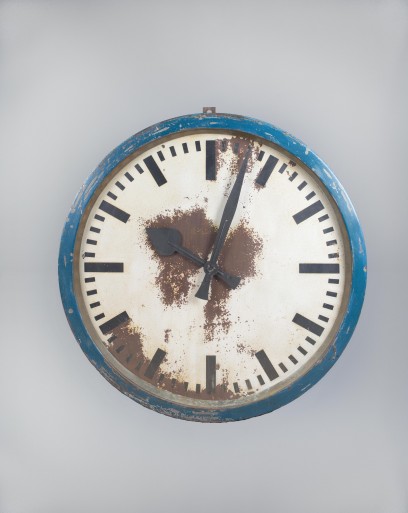 As the name suggests, this giant clock was designed and manufactured by the West-German company Siemens. The clock originates from the 1940s, and consists of a blue metal casing, and features typical ‘club-shaped’ hands.

Together with many other clocks, the Giant Siemens Cuckoo originates from a former spinning mill in eastern Germany. It was found as a pair, and both clocks were hanging on each side of a huge manufacturing hall, overlooking all the factory workers. In this enormous complex of production spaces, hallways, and offices, more than twenty five clocks were recovered.

The clock has been reworked with an entire new 220V clockwork mechanism. 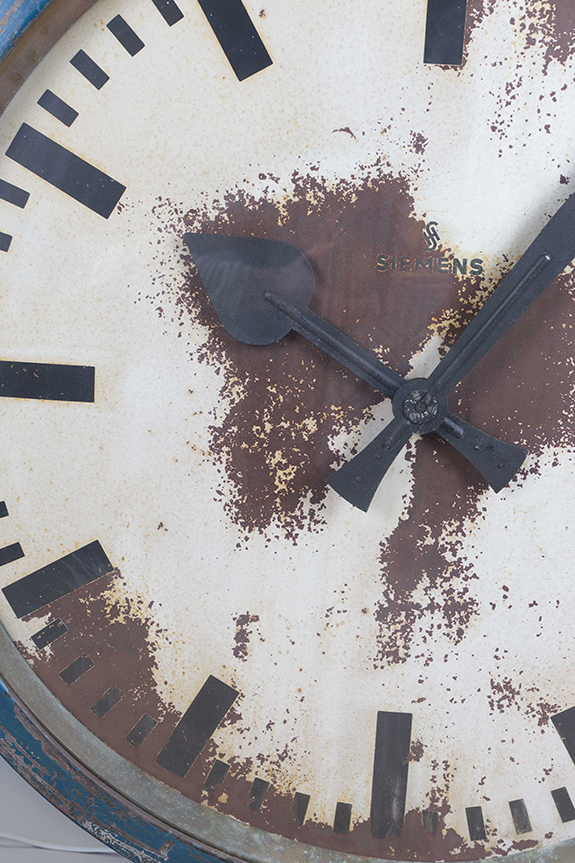 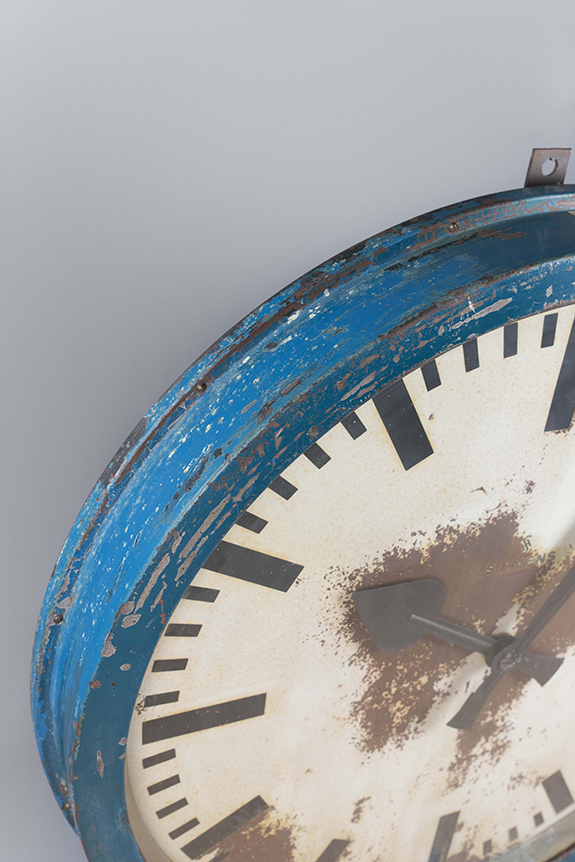 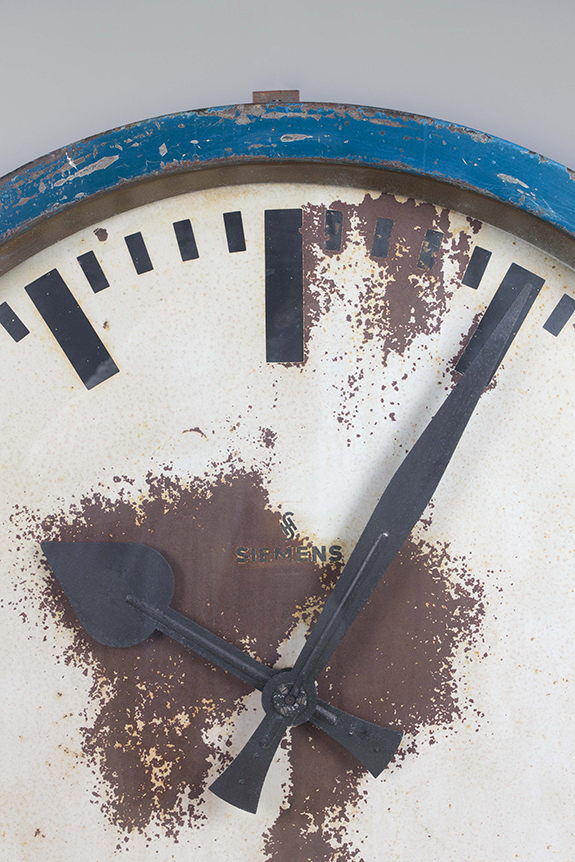 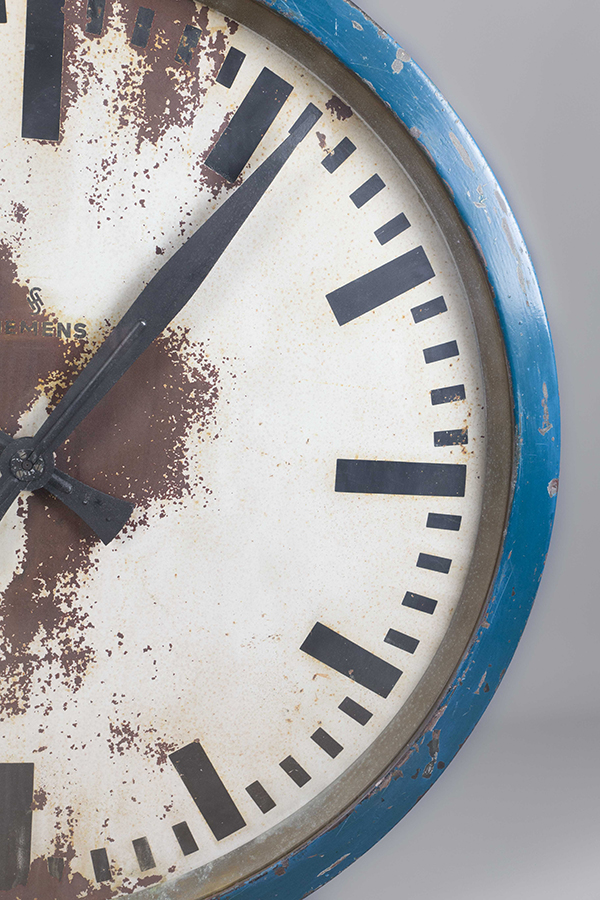 Clock-face of the Great Siemens Cuckoo 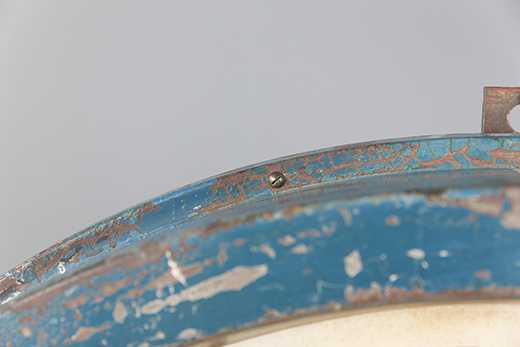 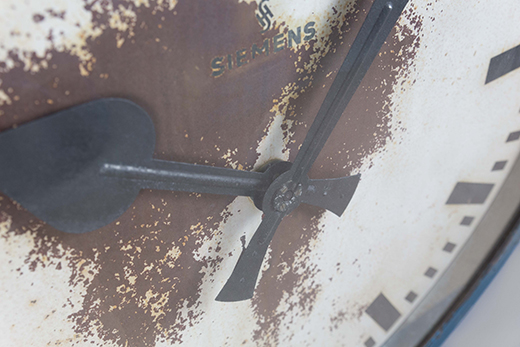 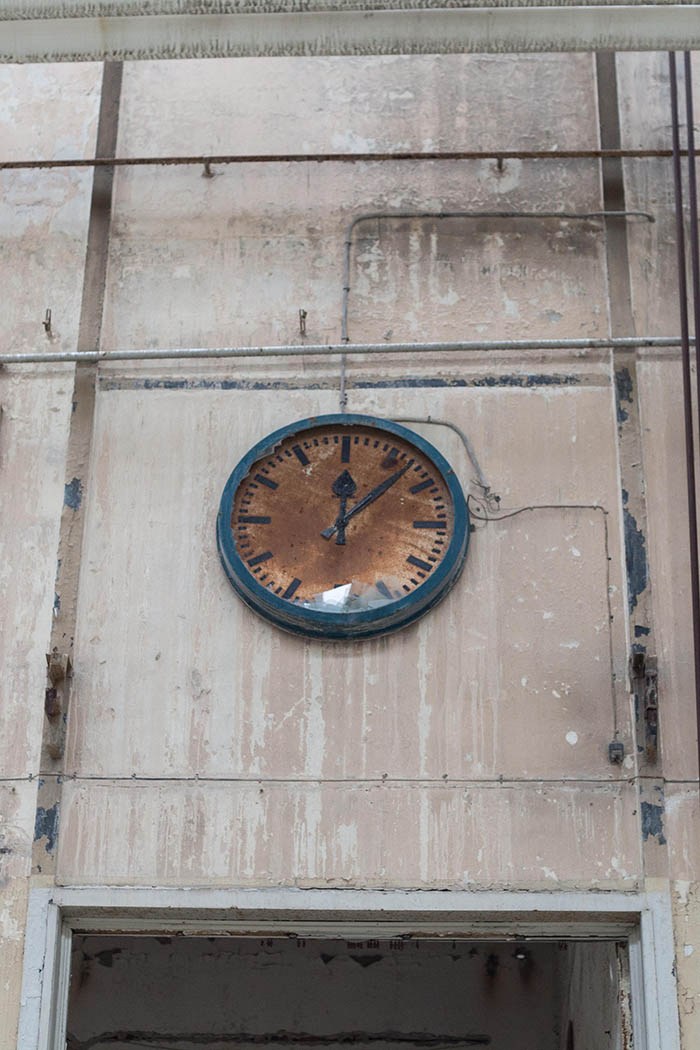 Great Siemens Cuckoo as it was found