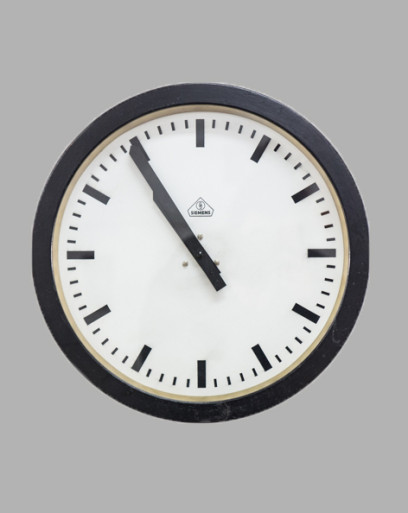 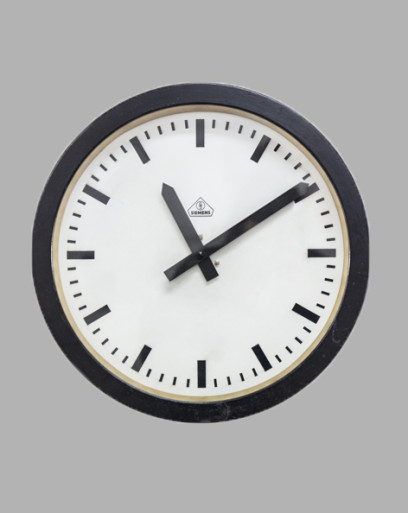 As the name suggests, this delicate clock was designed and manufactured by the West-German company Siemens. The clock originates from the 1940s, and formerly functioned as a ‘slave clock’. Throughout large buildings and complexes several of these slave clocks were connected to a centralized ‘master clock’ that synchronized the time by sending electrical signals. The clock consists of a black metal casing, and a white face with its typical golden detail.

Together with many other clocks, the Giant Siemens Cuckoo originates from a former spinning mill in eastern Germany. In this enormous complex of production spaces, hallways, and offices, more than twenty five clocks were recovered. The textile factory had been operational for over 80 years under many different names. Eventually it had to close its doors due to the fall of the Berlin wall in 1989, and has been left deserted ever since. 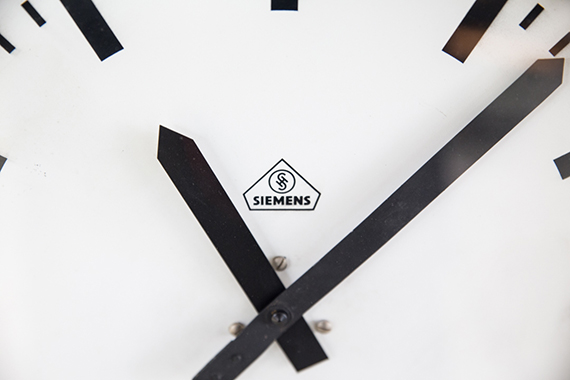 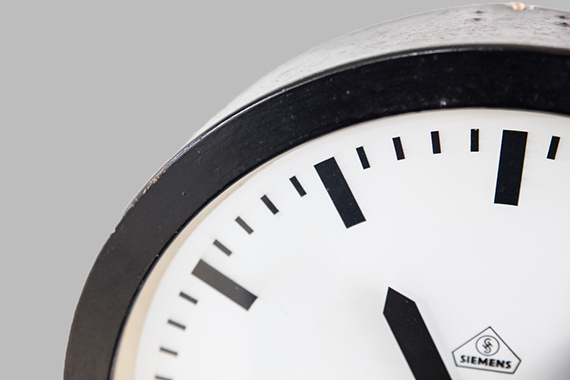 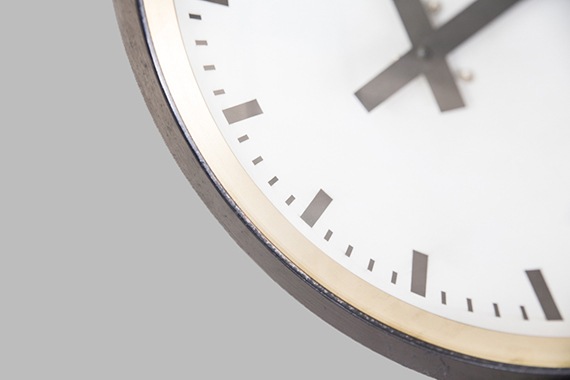 The bright white face has a subtle golden detail 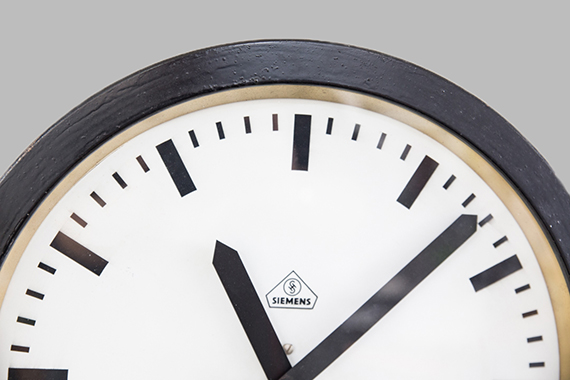 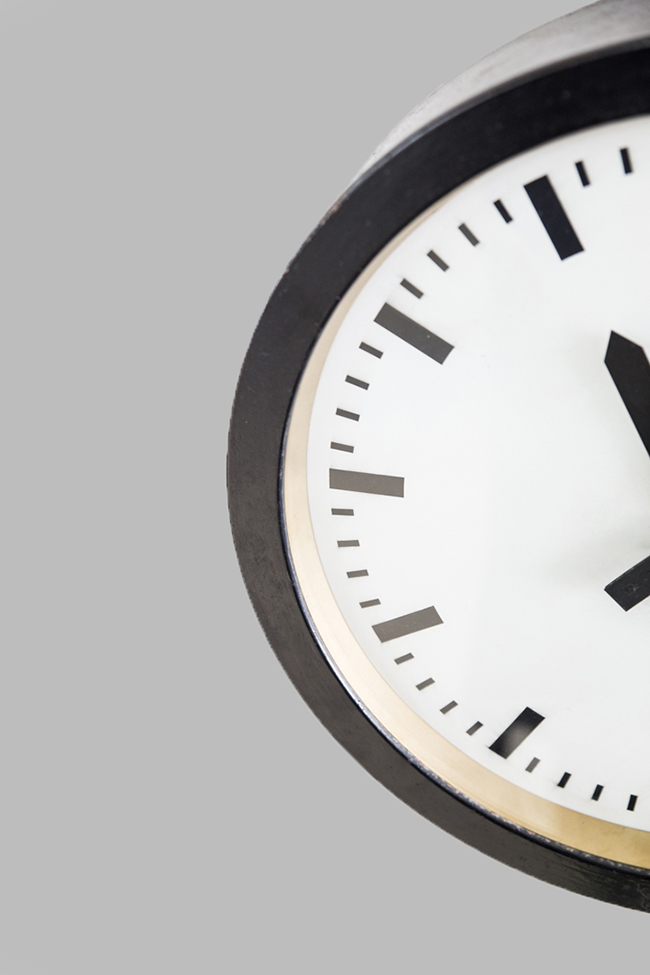 The casing of the clock has a black finish 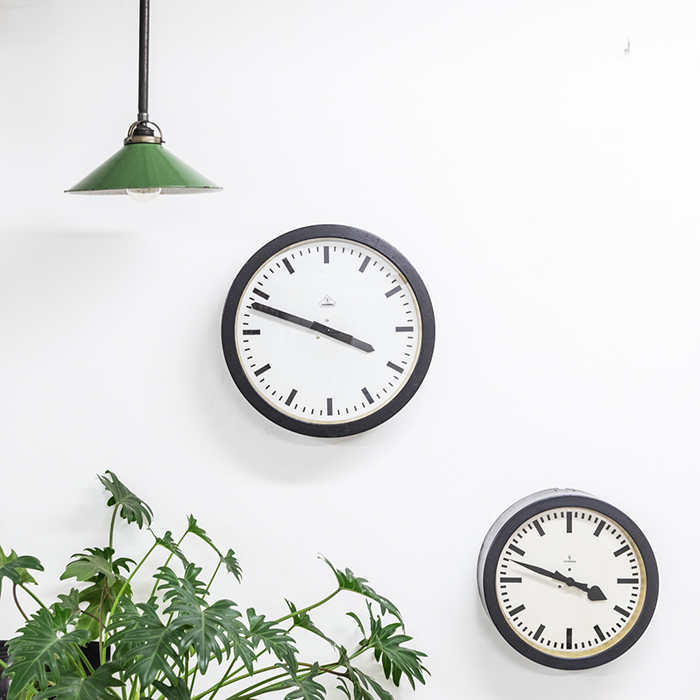