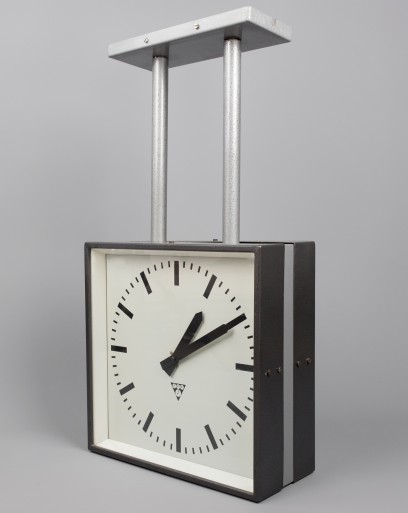 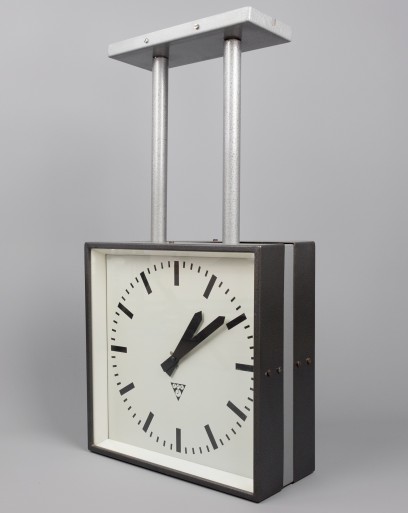 The Double Squared Cuckoo was manufactured by a Czech company named Pragotron, who produced the clocks and flip-displays for many train stations in Eastern Europe. During the DDR-era this model hung in corridors of factories. The clock consists of a square steel plated casing with a distinctive grey hammered tone, and a white face featuring the Pragotron logo.

Together with many other clocks, the Double Squared Cuckoo originates from a former spinning mill in eastern Germany. In this enormous complex of production spaces, hallways, and offices, more than twenty five clocks were recovered. 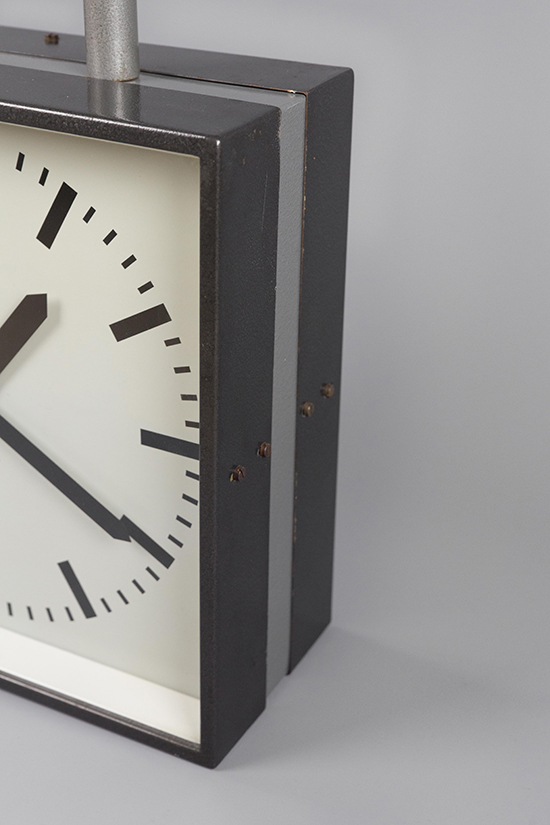 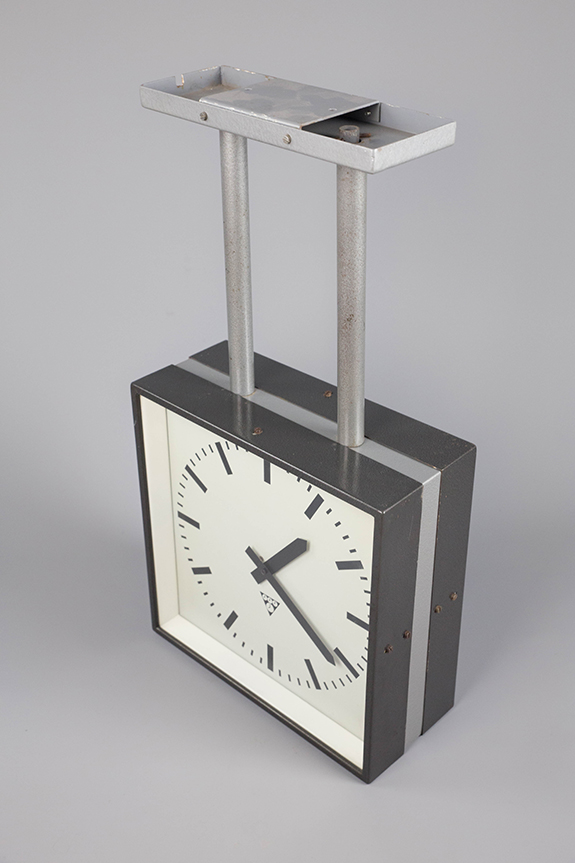 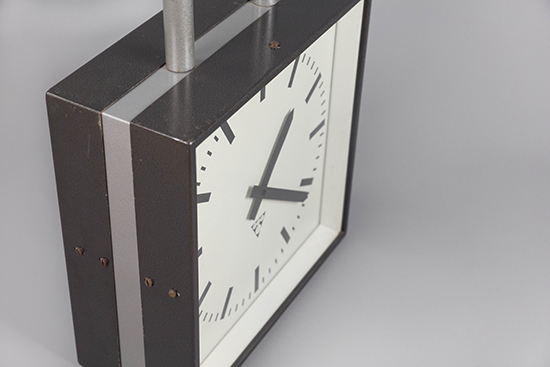 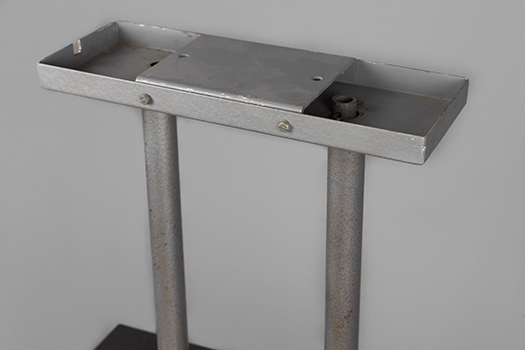 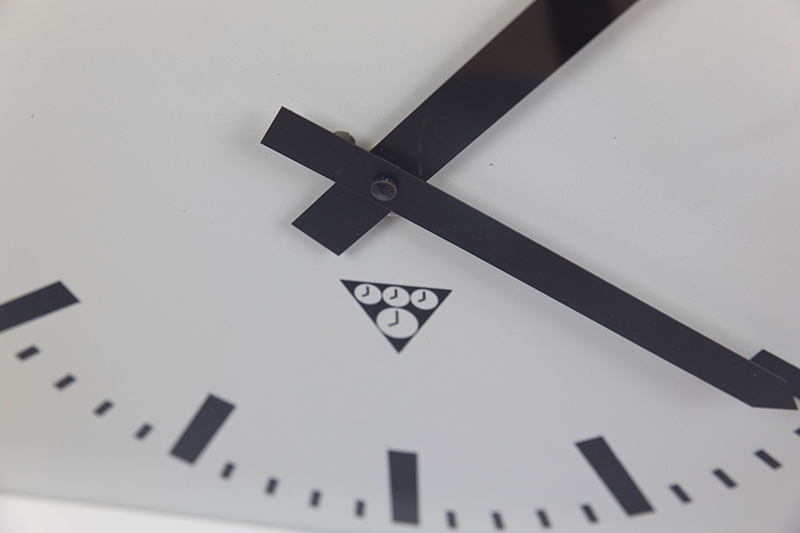 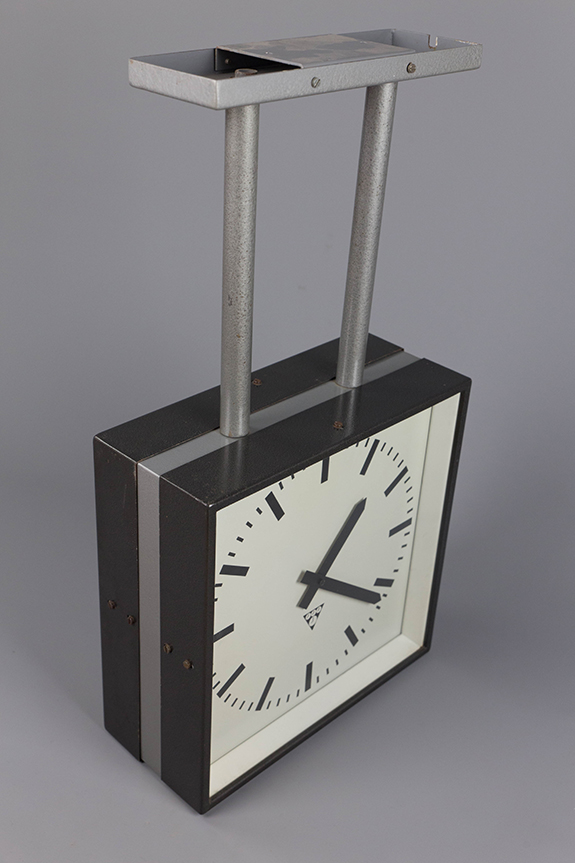