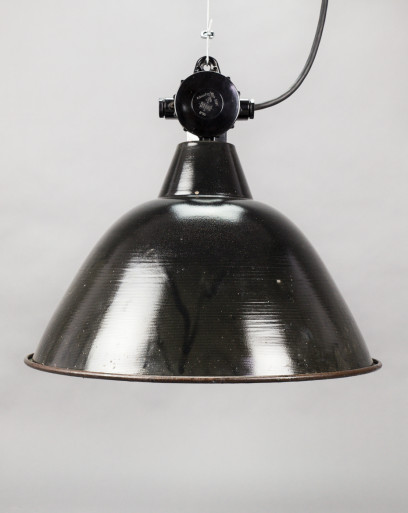 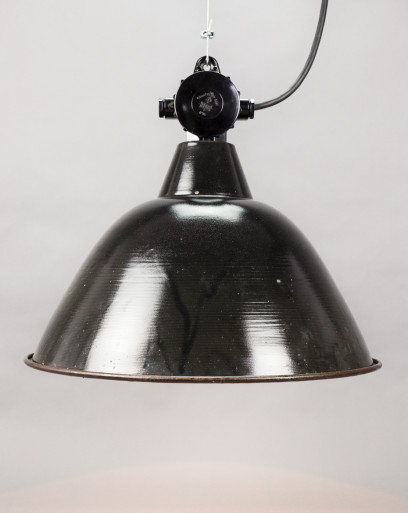 This distinctive enamel shade is the conical version of the ‘The Black Swan’. It has been commonly used during the DDR era, but was originally designed by the Bauhaus movement in the late 1920s. Lightening fixtures from this particular school of design were produced in a large variety of shapes and sizes.

Together with several other fixtures, the Condor was found at the forgotten buildings of the East German ‘Kabelwerk’, a state-owned company that produced high and low-voltage cables. The company had to cease production in the early nineties because of a lack of financial resources. A part of the property has since been redeveloped, but the two warehouses that were home to these fixtures have remained deserted and neglected for more than two decades. 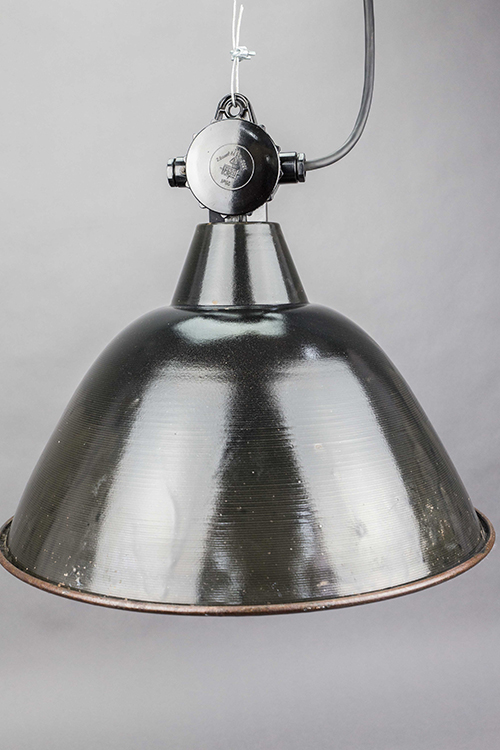 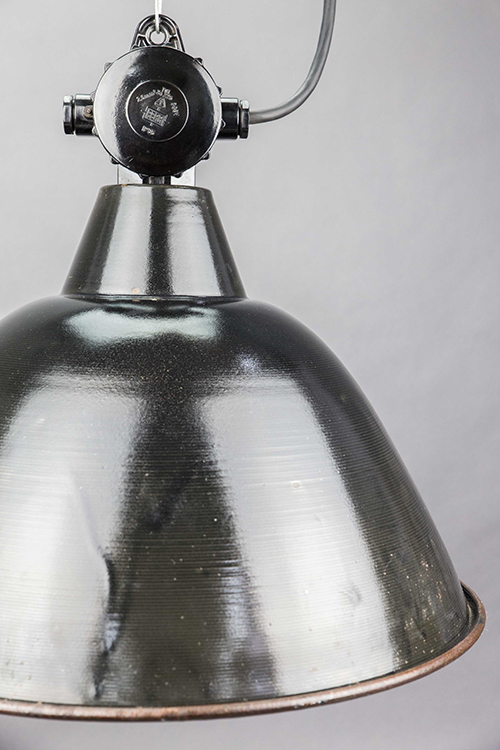 The Condor features an enamel shade with bakelite connection box 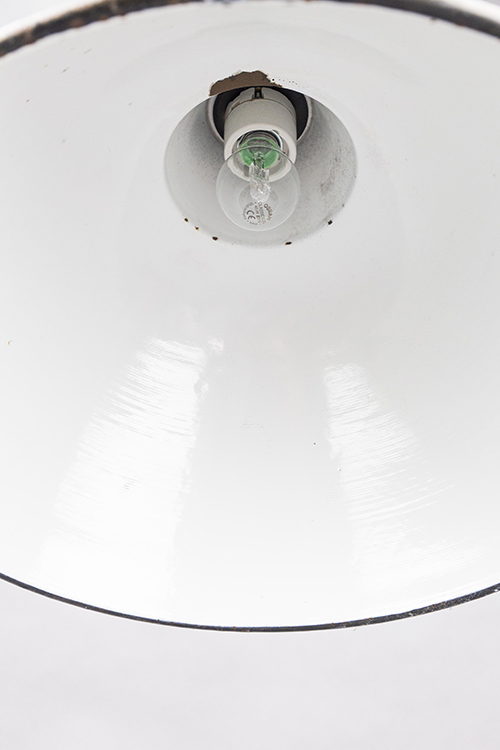 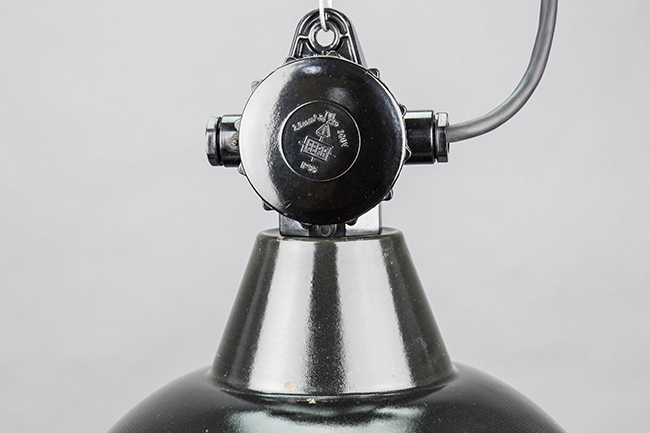 The connection box is opened by turning its bakelite cover plate 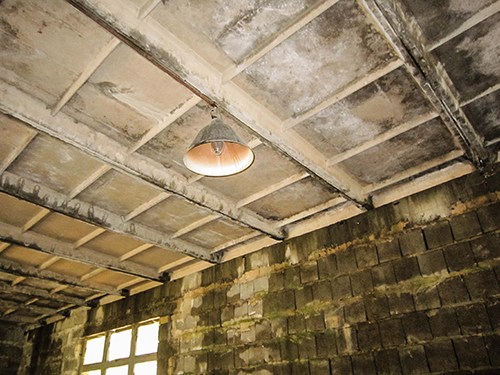 The Condor suspended from the ceiling in a manufacturing area