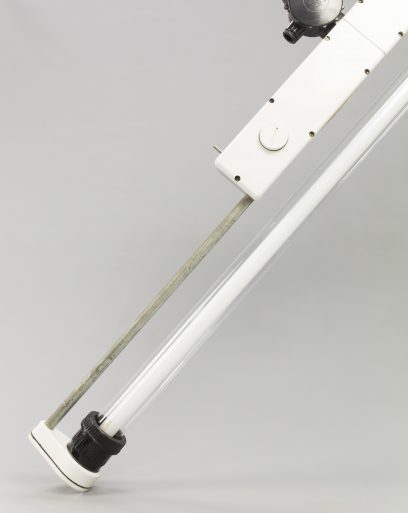 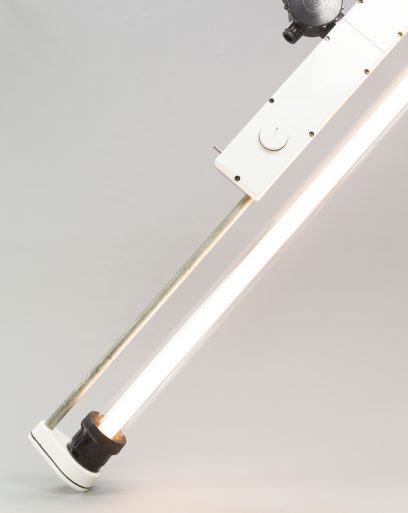 This fluorescent light fixture originates from the late DDR era. The design and materials indicate that the lamp originate from the 1970s. It is similar to the ‘Giraffe’, this fixture has a stretched bakelite housing with bakelite connection box and a long glass tube, give this lamp a light and slender character.

The lamp was salvaged from an abandoned fertilizer manufacturer in East Germany. The factory was build by the Nazi’s during WWII, and taken over by the Soviet military administration during the DDR-era. The factory had to close soon after the reunification of Germany due to the lack of financial means; it has been abandoned since. The lamp was mounted to the ceiling of one of the corridors in the enormous tunnel system beneath the complex.

The Special Giraffe comes with:
– a 58W fluorescent tube (2700K, 4000K, or 6500K)
– 1,6 meter of black neoprene cable (other lengths possible)
– suspension set (optional)
– DALI or 1-10V dimmable on request (optional)
– a passport or historical sign describing the history and origin of the lamp.

All fluorescent lights can be delivered in a dimmable version. This allows you to dim the light up to 3%, and adjust it the desired atmosphere.
From top to bottom: Daylight 6500K – Cool White 4000K – Warm White 2700K
Black neoprene cable
Black textile cable
Black neoprene cable
Suspension set includes 1,5 m steel cable (1 or 2 pieces depending on the fixture) and the necessary suspension clamps

Front of the fixture 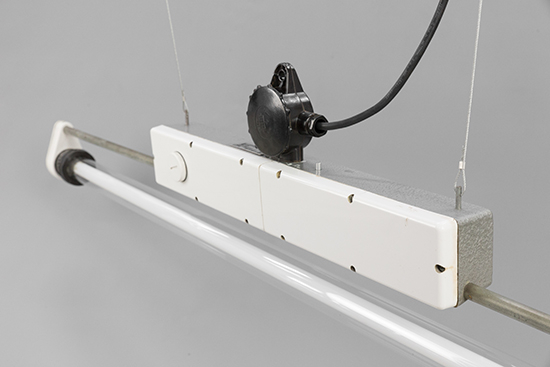 The casing is made of bakelite and aluminium 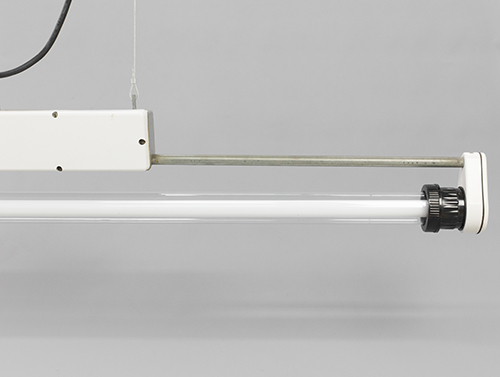 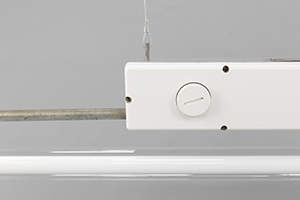 Close up of the bakelite casing 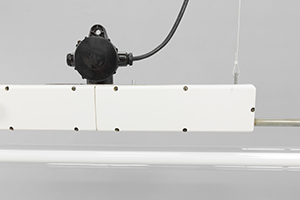 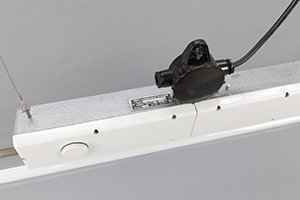 Back side of the fixture 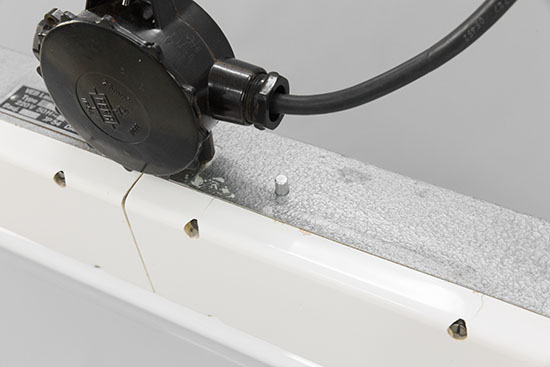 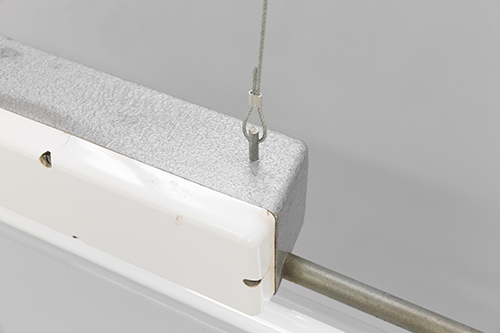