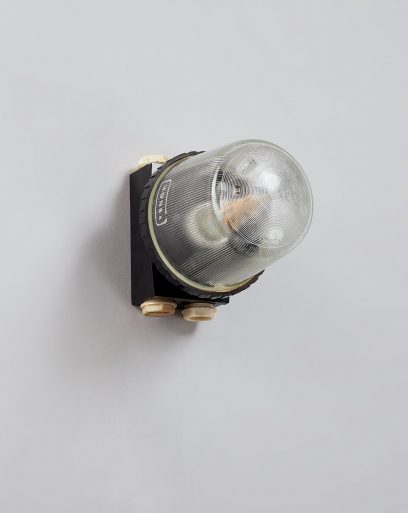 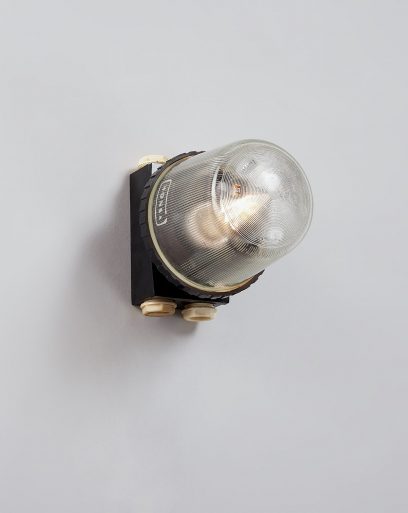 Bakelite wall and ceiling lamp from the late DDR era

This sophisticated lamp is a later version of the ‘Grey Squirrel’. It consists of a bakelite base, with a glass dome containing a porcelain E27 socket. In humid places like basements this light was often found. The bakelite and glass character was most suitable for these conditions.

The lamp was salvaged from an abandoned fertilizer manufacturer in East Germany. This factory was build by the Nazi’s during WWII, and taken over by the Soviet military administration during the DDR-era. It had to close soon after the reunification of Germany due to the lack of financial means; it has been abandoned since. The lamp was mounted to the ceiling of one of the corridors in the enormous tunnel system beneath the complex.

The fixture has been completely rewired to current standards, and is assembled and tested to EN 60598 directive of European Harmonized Legislation. US & Canadian, or other 110V wiring available on request. 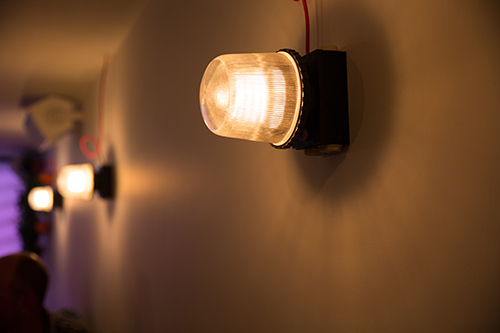 The Black Squirrel mounted to the wall 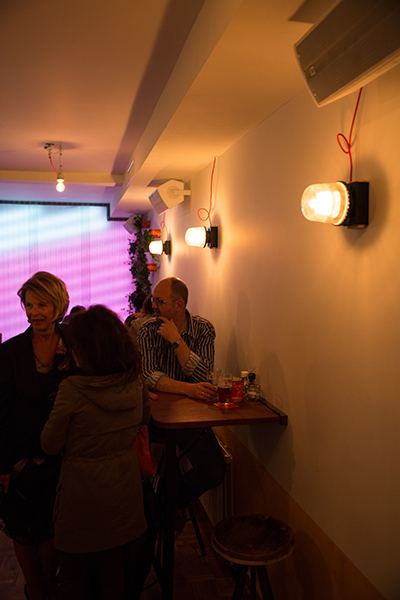 Black Squirrel in a restaurant setting 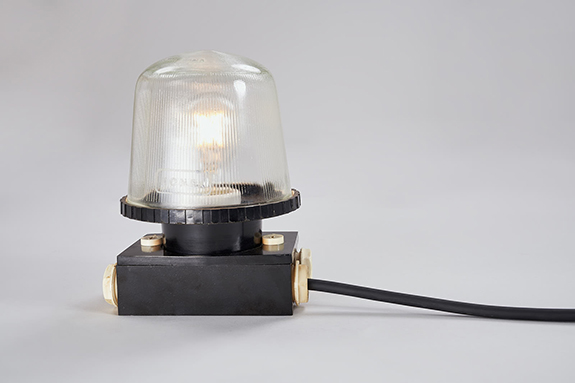 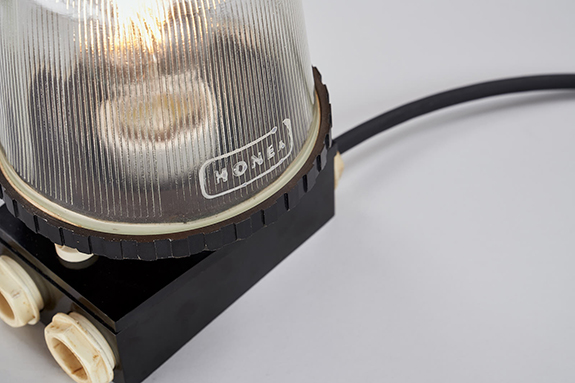 Original marking on the glass 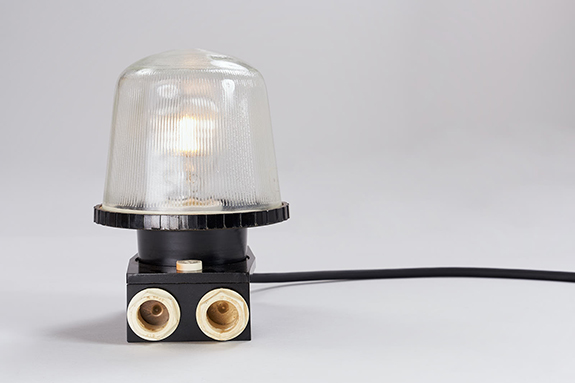 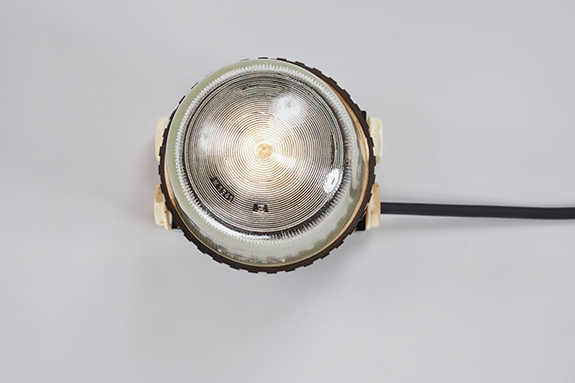 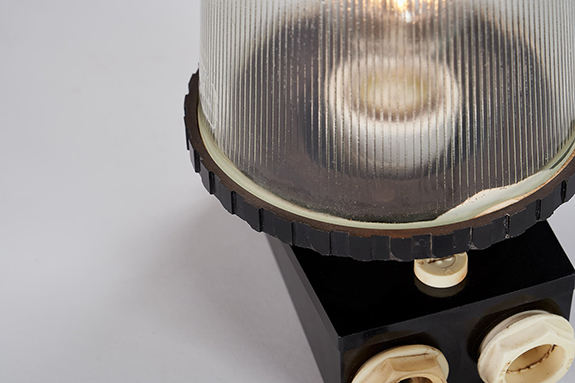 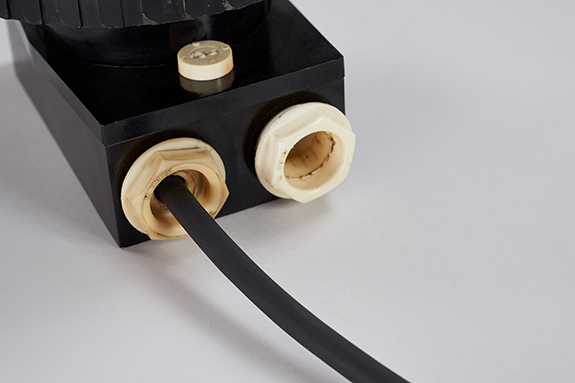 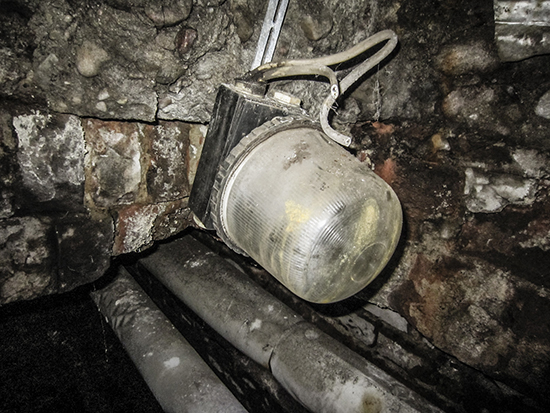 Black Squirrel as it was found