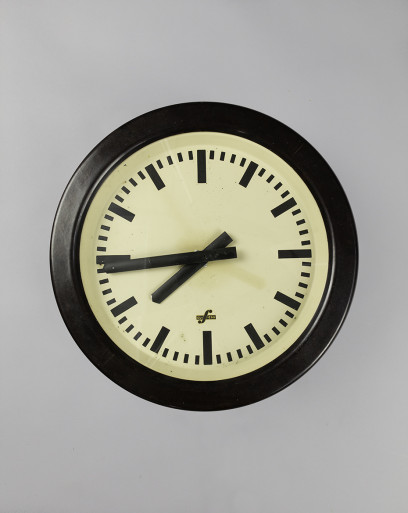 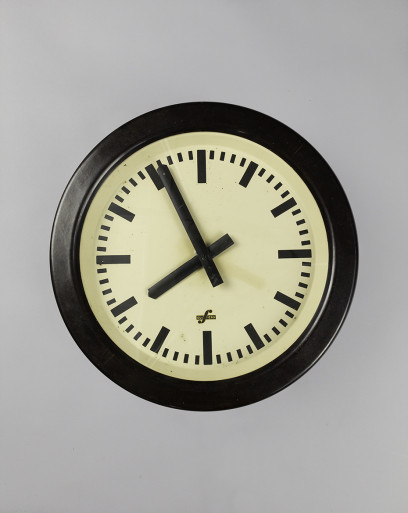 The Black Bakelite Cuckoo was manufactured by the East German ‘VEB Elektro-Feinmechanik Mittweida’ and formerly functioned as a ‘slave clock’. Throughout large buildings and complexes several of these slave clocks were connected to a centralized ‘master clock’ that synchronized the time by sending electrical signals. The clock consists of a black bakelite casing and a cream-white face, featuring the companies ‘Efema’ logo.

This characteristic piece was found at one of the largest laboratories in East Germany. After WWII this lab was part of a Soviet military administration, and became one of the DDR’s state owned companies until the reunification in the early nineties. The clock has been hanging in one of the abandoned halls for decades, still indicating the point in time it stopped working. 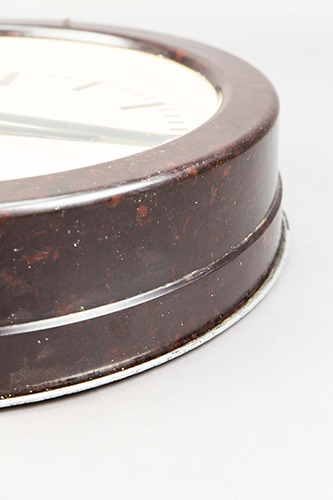 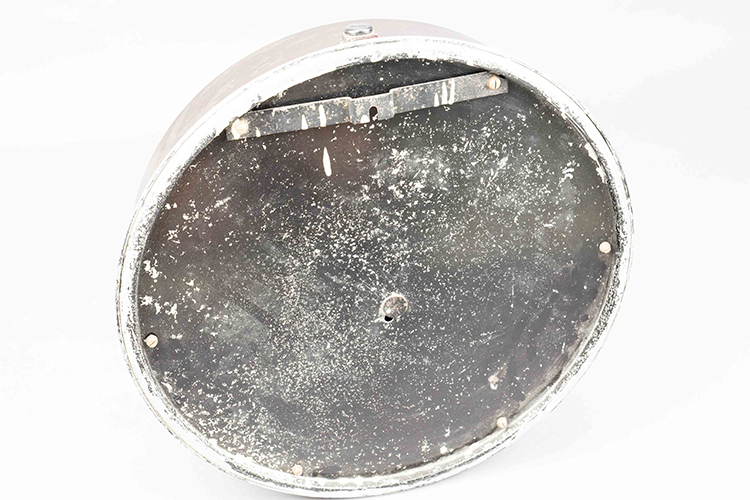 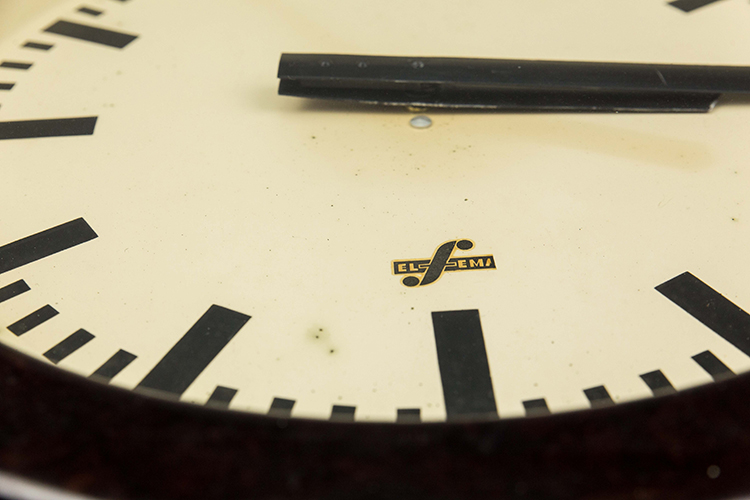 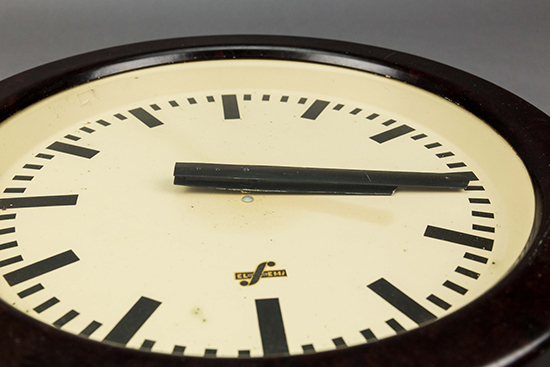 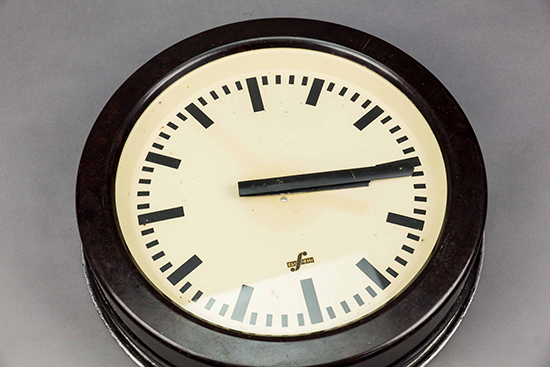