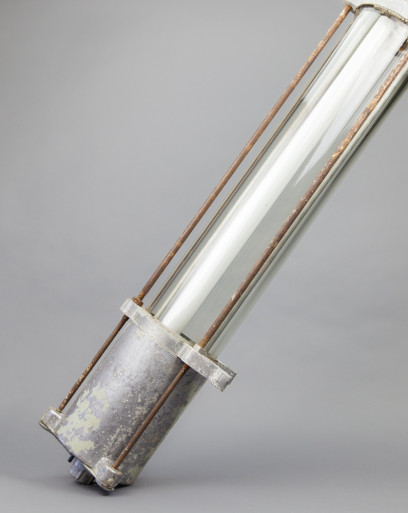 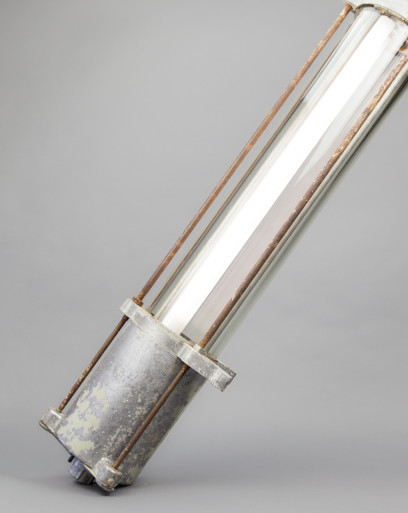 This highly sophisticated fixture is the kid brother of the Black Rhino, and illustrates the thoroughness of East German engineering. It has been designed to be splash-proof, gas-proof, and dust-proof, and was therefore suitable to use in explosion-sensitive areas. These lights were manufactured by Leuchtenbau Wittenberg from the 1960s until the 1980s, and often applied in places like laboratories and chemical plants. Its extraordinary design includes a one-centimeter thick glass tube, and two aluminium ends by which it can be mounted to wall or ceiling.

This fixture was one of the several ‘Rhino’s’ salvaged from one of the largest laboratories in East Germany. After WWII, this lab was part of the soviet military administration, and became a state-owned company until the reunification in the early nineties. On the laboratory complex these lamps were used in many different areas.

All fluorescent lights can be delivered in a dimmable version. This allows you to dim the light up to 3%, and adjust it the desired atmosphere.
From top to bottom: Daylight 6500K – Cool White 4000K – Warm White 2700K
Black neoprene cable 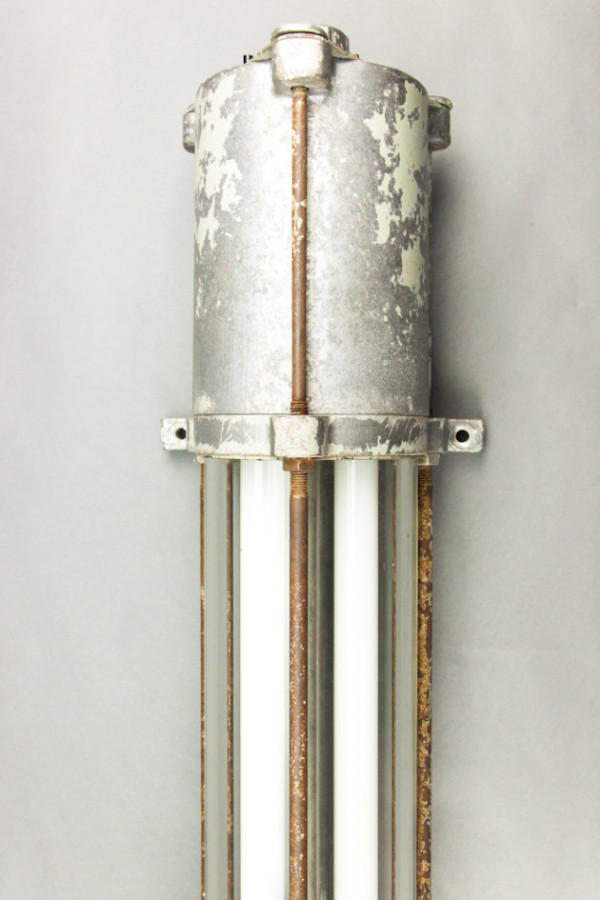 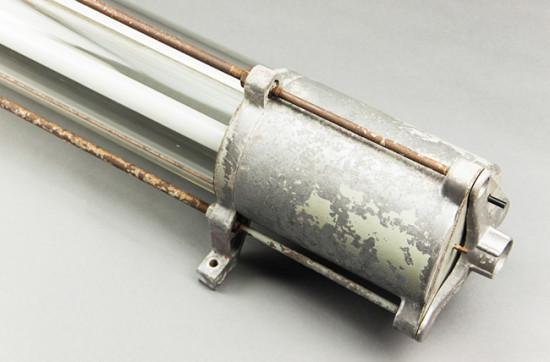 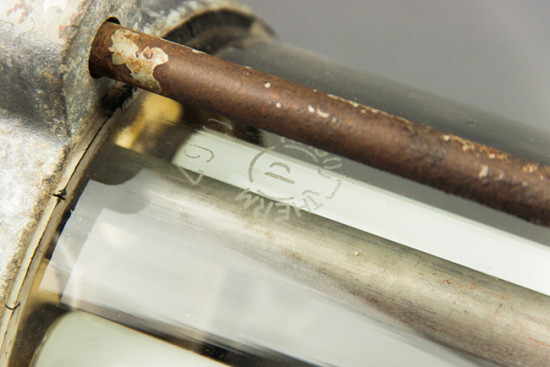 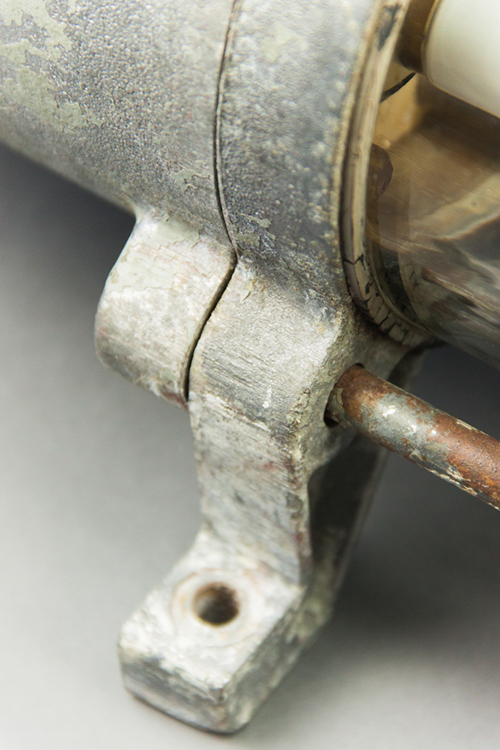 One of the four mounting brackets 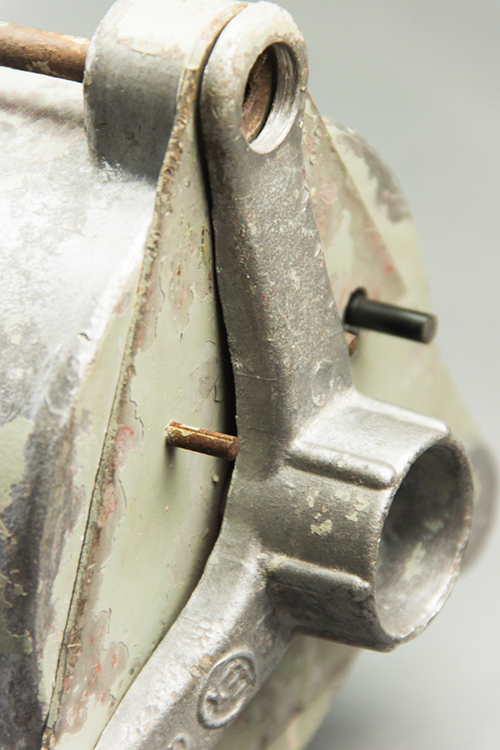 Upon request, a small turn switch can be built in for dimming the light 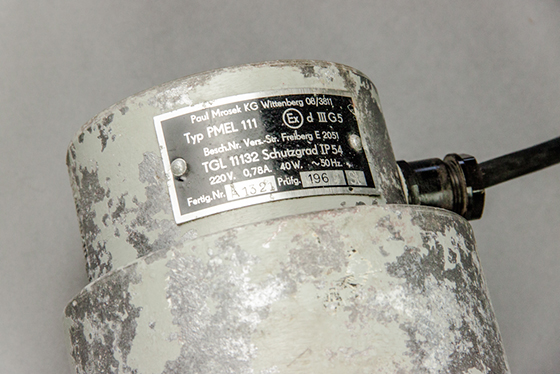 Original label indicating the fixture's certification in the late 1960s 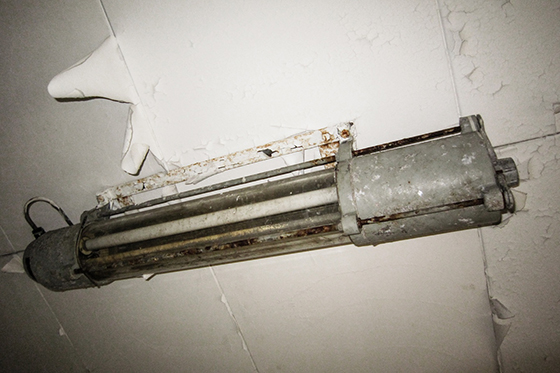 The Baby Black Rhino as it was found 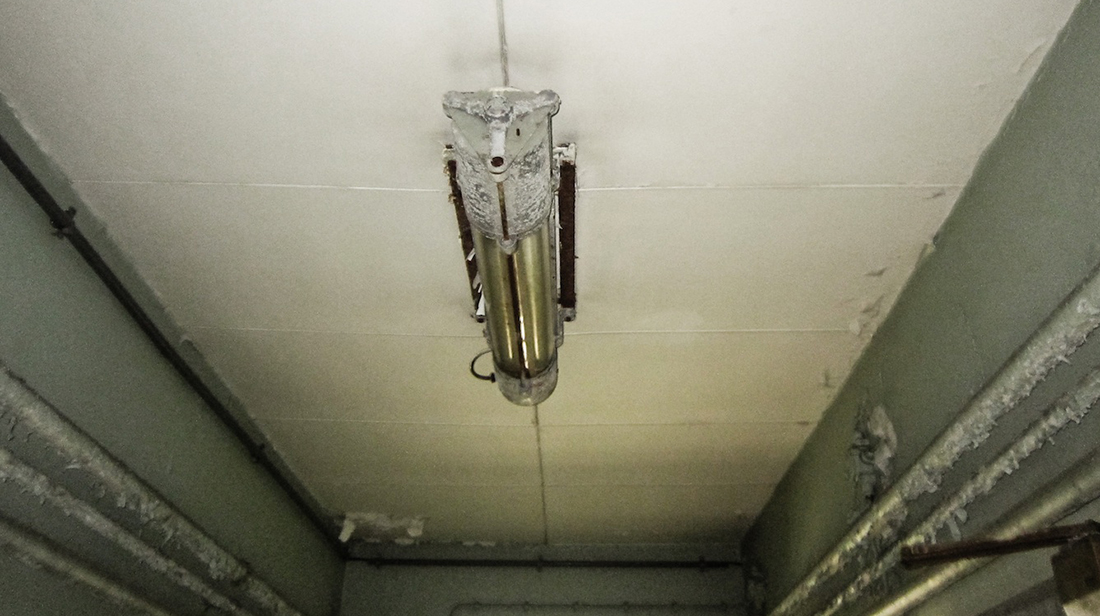 The Baby Black Rhino at the abandoned laboratory 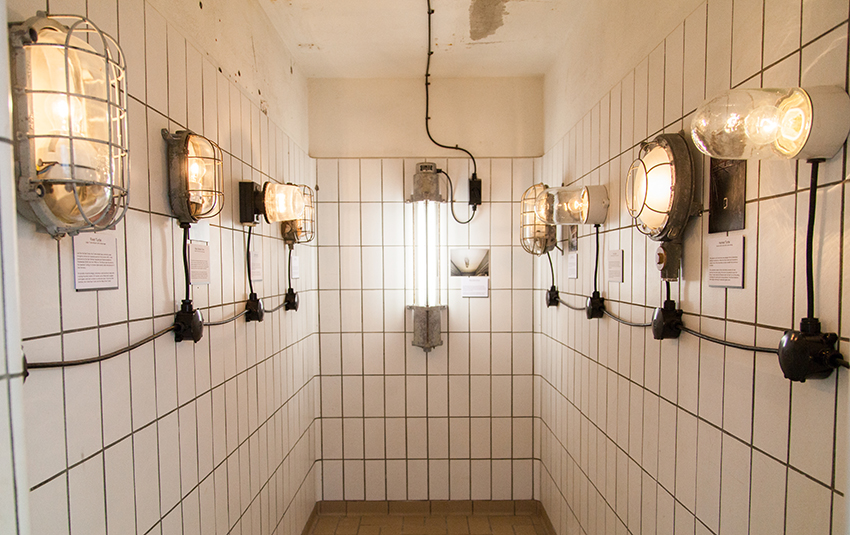